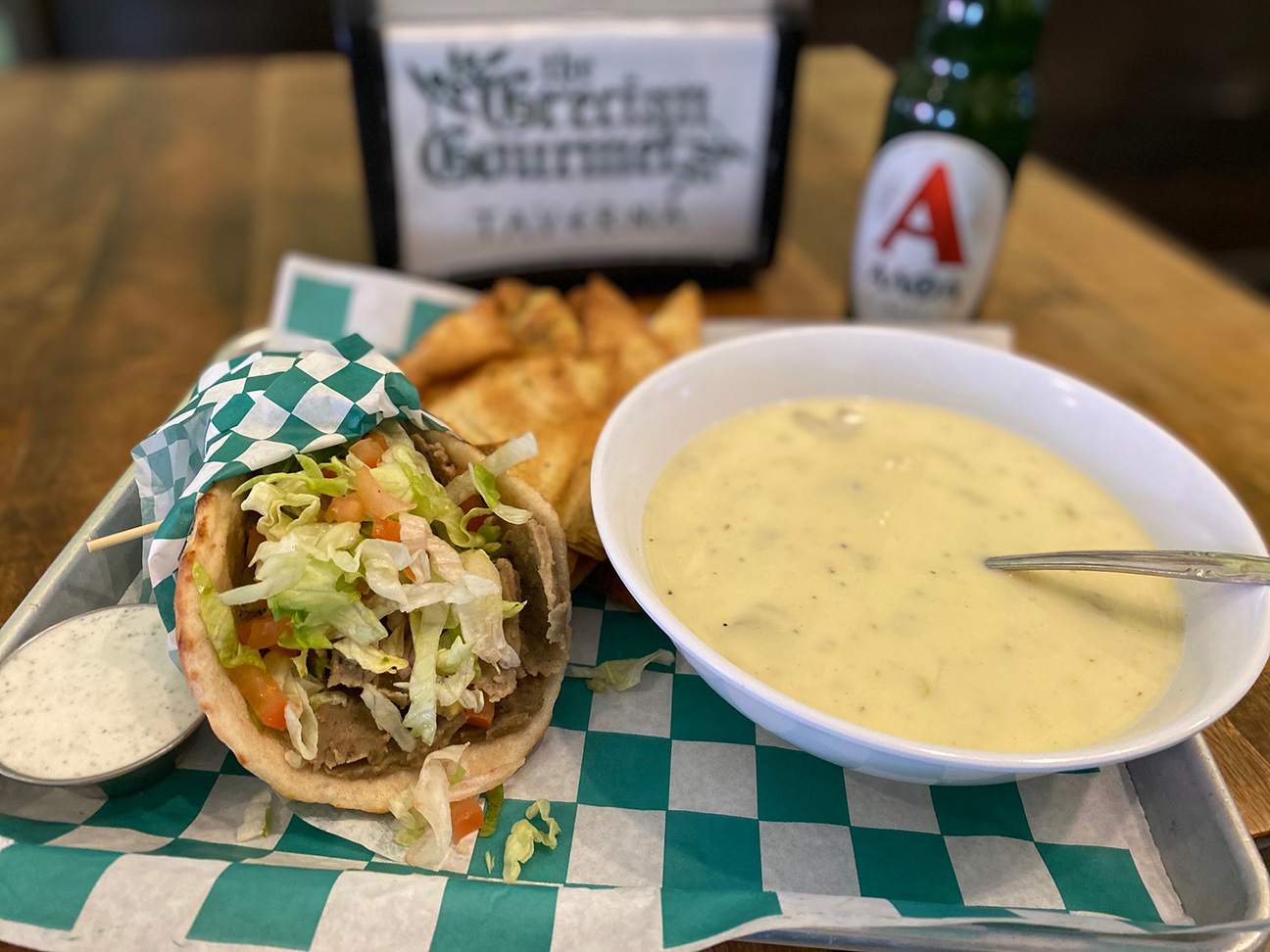 JoBeth Graves, owner of Grecian Gourmet Taverna, didn’t find her culinary calling until later in life. She was accustomed to taking care of people, as a longtime nurse practitioner at St. Jude in Memphis, Tenn. But the lessons she has learned in a wide array of food service roles, she has come by honestly: through old-fashioned trial and error.

​ Graves’ first husband, the grandson of Greek immigrants, initially ignited her love for Greek food. She often hosted large holiday gatherings for family, which spilled into elaborate at-home parties among friends, for which she whipped up delicacies like spanakopita, moussaka, and pastitso.

​“Over time, friends asked me to cater for them since there were no official catering companies for Greek food,” Graves recalls. “I would sell a pan of baklava to them, or give infused olive oils as Christmas gifts.”

​ Eventually, Graves realized she could sell her homemade goodies at a farmers market hosted by her employer, St. Jude. She started with staples like feta dip, hummus, pita chips, and vinaigrette dressing, then delved into take-and-bake prepared meals, like her popular pastitso.

​ At her first farmers market in late 2016, Graves sold out, inspiring her to join other markets in Memphis. Soon, the need for increased production brought her to a commercial kitchen space offered by Arkansas State University as a business incubator for budding entrepreneurs.

​ “My daughter came to work with us, and I started to hire people — it just kind of snowballed!” Graves says with a laugh. “Before I knew it, I wasn’t a nurse practitioner anymore. I was on my way to owning a restaurant.”

​ The commercial kitchen provided the ideal location to nail down the business intricacies of selling packaged foods, at a time when the Grecian Gourmet line graced retail outlets and farmers markets. But Graves soon found herself considering expansion into a full-service restaurant.

​“We found that most of our followers were downtown, and we were most recognized as a brand there,” Graves explains. “My second husband is a great businessman, so we knew that branding was extremely important.”

​“The flavors are actually close to what you’d expect in Southern food,” Graves says of her ability to connect with the community. “I’ve also learned the food needs to be ‘clean,’ with quality ingredients.”

Thus, the Grecian Gourmet menu taps Graves’ own recipes, made from scratch. Her famous pita chips start with bread bought from Michigan, then hand cut, tossed in oil, and baked. Dips incorporate fresh, simple ingredients like feta cheese, Greek yogurt, and chickpeas, with no preservatives added.

With Graves’ considerable experience running a packaged-foods business, she now also utilizes her restaurant as a space for creating retail items. Her chips and dips, made when the restaurant is closed on Mondays, now populate grocery store shelves in the area and help fill foodie-approved, Memphis-made boxes from City Tasting Tours.

​ “Those boxes are shipped across the United States, and we provide them with our high-grade infused olive oil and our Greek vinaigrette,” Graves notes. “As a Memphis brand and a female-owned business, we enjoy being included.”

​ Inside the restaurant, gyros (in three varieties of lamb/beef, chicken, and vegetarian) remain the best sellers, while in retail and grocery stores, the lasagna-like pastitso flies off the shelves. ​

Today, the Grecian Gourmet brand has spread to Memphis’ specialty shops, including Cordelia’s Market, Curb Market, and Buster’s Liquors & Wines, as well as grocery stores like Superlo Foods in the Memphis area and Southaven, Miss. But regardless of how big Grecian Gourmet grows, Graves finds her true joy in forging a personal connection with customers.

​“This community is not just where I work; it’s where I live, too,” she says of her South Main restaurant location. “With a business and a home here, I see my customers out walking. I know them by name. I know their regular orders. And we have a real community spirit here. People here support one another to survive, especially in the pandemic.”

​Luckily, with Graves’ extensive experience in premade meals, retail items, and even (as a former nurse practitioner) infectious diseases, she is better prepared than most to weather the storm. She now offers restaurant customers food in various formats to suit any need: hot and ready for takeout, grab-and-go for heating at home, and frozen foods for stocking up.

​Next, Graves and her husband, Jeff Watkins, look forward to the second generation —Graves’ daughter, Corinne — taking over the business and putting her own unique stamp on operations.

​“We were lucky. When we opened, people were already familiar with us, and they embraced us,” Graves says. “But when we retire, our daughter can take over and go in so many directions. This has been our vision, but she’ll work her own vision into the business.”