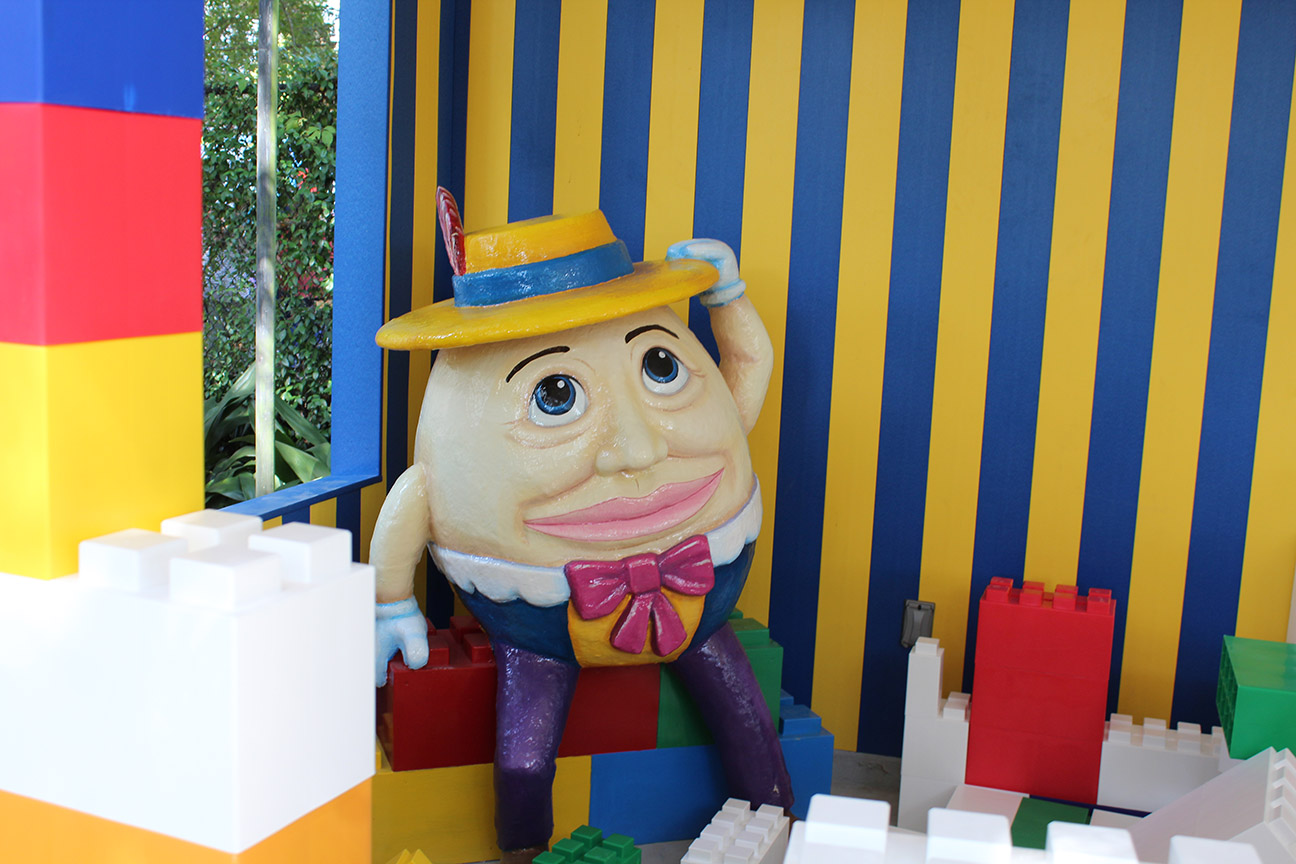 At New Orleans City Park’s Storyland, kids of all ages can see their favorite storybook characters in larger-than-life sculptures and interactive exhibits.

Open in the mid-1950s, Storyland at New Orleans City Park has long been a destination for children and adults who love seeing their beloved childhood stories transformed from their imaginations into life-size characters they can actually touch and interact with as if they are part of the story.

Imagine running up the hill with Jack and Jill, or climbing aboard Captain Hook’s pirate ship. Who doesn’t want to slide down Puff the Magic Dragon, or chat with The Three Little Pigs about the best building materials? And climbing into a pumpkin chariot is a must for every child, young or old.

​It certainly has been a frequent destination for Tom and Stacy Finicle of Metairie, Louisiana. They have been visiting Storyland over the past 20 years, bringing their three sons to explore the park.

​“The boys enjoyed the fire truck, the Peter Pan ship, the whale mouth, the rocket and the big dragon slide,” Tom says. “Our oldest son said Mother Goose reminded him of [my mother].”

To increase the fun, in 2019, Storyland underwent its first major renovation in 35 years, adding four new exhibits. Those included Jack and the Beanstalk, Humpty Dumpty, The Tortoise and the Hare, and Boudreaux the Zydeco Gator. Eighteen current exhibits also were updated, including Alice in Wonderland, the Little Mermaid, Peter Pan’s Pirate Adventure, The Three Little Pigs, and Old King Cole.

​ The goal of the renovation was to incorporate STEM educational methods and interactive play for the whole family, as well as increase ADA accessibility for more exhibits. As part of the Hey Diddle Diddle exhibit, visitors can find educational information on the history and diversity behind NASA. Highlights include Mae Jemison and Guion Bluford Jr., the first African-American female and male astronauts in space; Sally Ride, the first American female in space; and Dorothy Vaughn, Katherine Johnson and Mary Jackson, the African-American females known as NASA human computers and featured in the movie “Hidden Figures.”

In tandem with this exhibit, guests can see the Charles Bolden Jr. LES Space Suit in the Oscar J. Tolmas Visitor Center at the main entrance to Storyland. A NASA astronaut for 14 years, Bolden was the first African-American to permanently hold the title of NASA administrator.

Of course, there’s no shortage of photo opportunities around Storyland. Turn snapshots into mementos with pictures of the kids on Anansi the Spider, pretending to be a mermaid, posing with Alice in Wonderland or dancing down Gingerbread Man’s Candy Lane.

For more entertainment, guests can explore New Orleans City Park’s 1,300 acres, which includes the New Orleans Botanical Garden, a Train Garden and the Louisiana Children’s Museum. Right next door to Storyland is Carousel Gardens Amusement Park and the park’s historic carousel. The carousel, which is listed on the National Register of Historic Places by the United States Department of the Interior, is known to locals as the “Flying Horses” and dates to 1906, although some of the animals were crafted as far back as 1885.

The animal figures, 56 in all, were carved and hand-painted by Charles Looff and Charles Carmel. In addition to 53 horses, visitors will find a camel, giraffe and lion, as well as two chariots.

​Due to their popularity, the animals must be repainted by hand every year or two. This year, the carousel closed down for additional repairs to the building and surrounding deck of the carousel. It reopened in the fall to the delight of park visitors.

​Not surprisingly, fans of Storyland are quick to plan their next visit. Stacy Finicle, who says one of her favorite memories of taking her children to Storyland was watching and helping her boys hop on the stone mushrooms, is now looking forward to bringing her grandchildren to the park. Of course, given her first grandchild is on the way, she may have to wait just a bit longer.

​ When they do make it to Storyland, rest assured New Orleans City Park and its staff are ready and waiting.

“We relearned during the pandemic how essential this green space is to the well-being and delight of people in our community, and we want to share it with our neighbors across the South and beyond,” Lambright says. “No trip to New Orleans is complete without a stroll through our oaks, a jaunt through Storyland or a hike in Couturie Forest. In our 1,300 acres, we blend nature, recreation, culture, and entertainment in a way that is accessible to all.”