Stepping Up, Pitching In, Helping Out 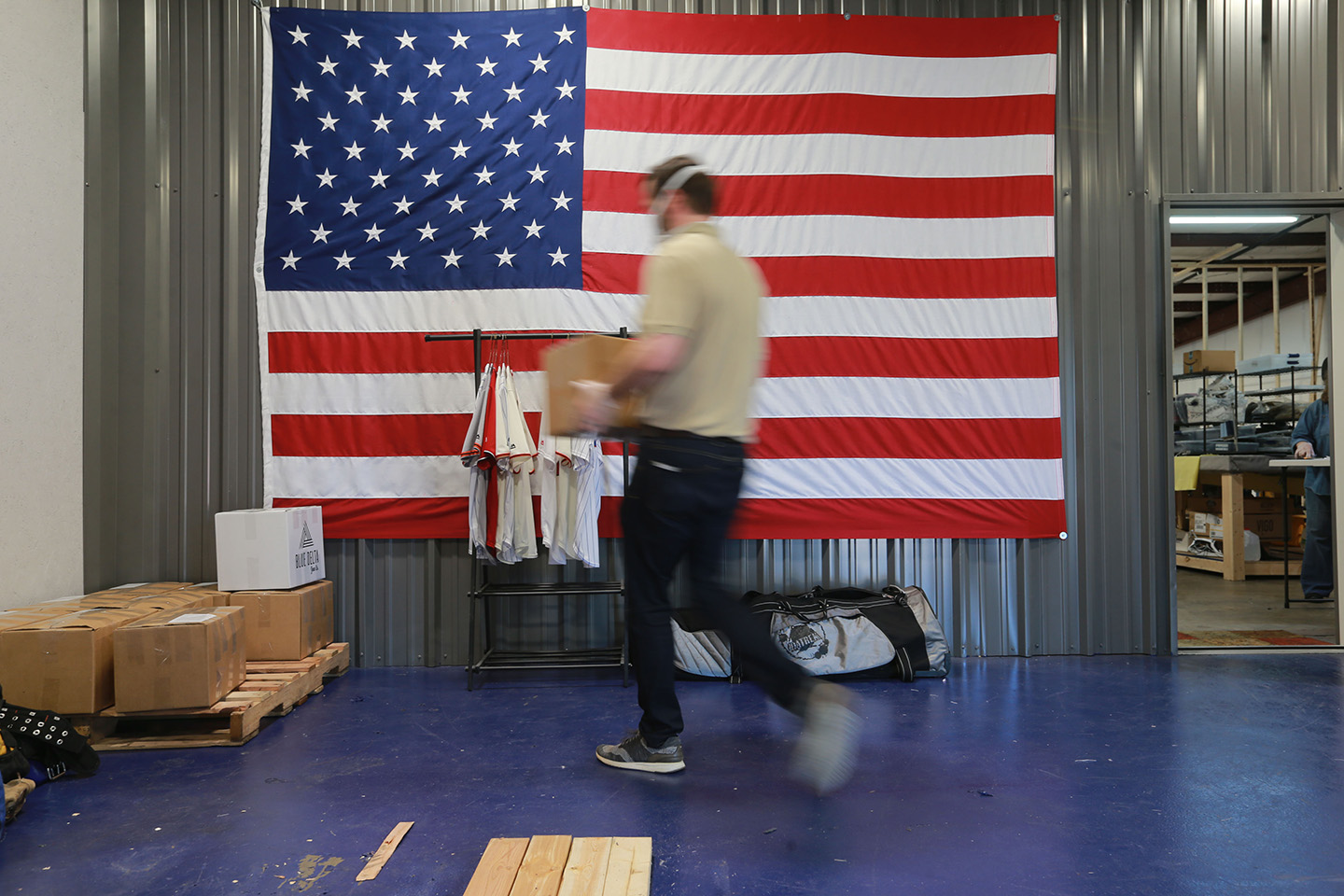 When coronavirus and COVID-19 entered our vocabularies, companies across the region stepped up to assist in the pandemic fight.

By now, we know the official coronavirus rules: Wash your hands, wear a mask, and keep socially distant. There’s a corollary, too: Help your neighbor. Many companies around our region shifted gears to help us get through the pandemic. Here are four examples that make us proud.

Vanguard Soap
Vanguard Soap in Memphis usually labors under the radar, although it is a big company with a national reach. It’s almost a certainty that you’ve bought Vanguard soaps, both bar and liquid, but you’ve not seen the Vanguard name.

That’s because Vanguard manufactures private-label goods that are sold in practically every drugstore, grocery chain, and big-box store in the country. It doesn’t name names, but Costco is a known client, so a bubbly product with the Kirkland brand really is a Vanguard product.

When COVID-19 hit, and everyone everywhere was washing hands many times a day while singing the “Doxology” (that works as well as “Happy Birthday”), the nation needed soap more than ever. That’s why the federal government deemed Vanguard a critical industry and told it to keep production lines humming.

“The employees at Vanguard know our business is supporting society’s needs,” says company president Les Bramblett. “They are a great group of people who have done all they can to help.”

Bramblett says a third shift was needed, and with that came even more employees in production, warehousing, and logistics. More than a dozen signed up quickly, and 30 more have joined since last summer. Absorbing all those employees came at a time the entire operation had to initiate social distancing.

The employees’ response and the entire company’s esprit de corps mirrored another time when Vanguard answered the call of duty. It was founded in 1943 during the thick of World War II and immediately was part of the national wartime infrastructure.

What does Mississippi’s first distillery have to do with this medical challenge? Everything, if you need virus-free hands but aren’t near soap and water. Cathead’s distilling operation that normally leads to gin, vodka, bourbon, and liqueurs also can lead to hand sanitizer — a suddenly scarce commodity.

“In mid-March, we received federal guidelines about using our equipment to make hand sanitizer, and we were rolling within a week,” says distillery co-founder Richard Patrick.

The need was great, and Cathead cranked out the precious liquid from three facilities. Production lines buzzed all three shifts, and 85 more employees were needed.

“Most of those 85 came from hospitality industry businesses where employees had been laid off,” Patrick explains, noting the irony that people who normally might serve a Cathead cocktail now manufactured an entirely different Cathead product.

The earliest production was sold at cost to municipalities in coronavirus hotspots for free distribution to Mississippi citizens. Patrick said more than 40,000 bottles got into Mississippians’ hands that way. Subsequent recipients included hospitals and first-responder agencies.

Cathead hand sanitizer now is retailed at major grocery chains and online through the distillery’s website. Demand has diminished, so 24-hour production isn’t required anymore, but Patrick says the distillery can restart the process in a heartbeat.

The distillery’s normal philanthropy is rooted in music and regional culture, particularly support of musicians and the blues, but the pandemic added to that.

“We’ve always wanted to be invested in supporting our communities,” Patrick says, noting that making hand sanitizer was a community support activity he never imagined.

Blue Delta Jeans
It’s actually not a stretch from sewing custom-made jeans that sell for several hundred dollars a pair to cranking out coronavirus-fighting facemasks that cost, well, a whole lot less.

That’s what Blue Delta Jeans in Tupelo, Miss., discovered this spring, according to CEO and co-founder Josh West.

The company was making a mark for itself until March 29, West recalls. He, the company COO, and the chief marketing officer were scattered around the country at special events when the world stopped. Once back, they faced a choice.

“Either we send all our employees home, or we start making PPE (personal protective equipment), specifically masks,” West says, remembering America’s scramble to secure PPE from around the world. Blue Delta Jeans immediately chose to help.

In just four days, they were ready to roll. They had the labor, the patterns, and the equipment, and just the right fabric was right under their noses, in a manner of speaking. A neighboring company, Tullos Supply, had an abundance of a tight, spun-bound fabric used in furniture manufacturing that is ideal for masks. Lab testing at Mississippi State University proved it worked.

The first masks went to places with immediate need, such as hospitals in Tupelo, Jackson, and Memphis. Later, a connection was made with the Mississippi Emergency Management Agency for broader distribution.

“All of this speaks to the ingenuity of Mississippi business,” West says.

By autumn, the 50-employee company was splitting its time between masks and jeans, and as West observed, it will keep making PPE as long as the state needs.

Vestige Restaurant
Vestige is one of those restaurants you find and immediately start describing to your friends because the food is so good and its backstory so interesting. The culinary backgrounds of coastal Mississippi and northern Japan literally are a world apart, but they blend together nicely in downtown Ocean Springs.

The two cultures are united by owners Alex Perry and Kumi Omori, who also are husband and wife. Just last year, the James Beard Foundation tapped Alex as a semi-finalist in its Best Chef: South category.

“From a small village in northern Japan to a small town in south Mississippi, I can’t say either of us thought the machinations of the universe would lead us here,” Alex Perry says, noting how seasonality, sustainability, and locality influence Vestige’s menu.

Of course, the pandemic threw a spatula into the gears of regular restaurant operation, and a period of only carryout service began. Every restaurant in the region hit the same dilemma, and that led to an out-of-sight problem — farmers didn’t have the customers they normally would, and they were composting or plowing under their crops.

“Learning that led to our ‘aha moment’ when we said we had to do something to help the growers,” Perry explains.

Vestige added a new business category — selling food boxes directly to consumers. It took whatever was available, gave farmers a way to sell their crops, and inspired people to use fresh products as they began cooking at home more than they ever had.

“People were buying food boxes the day of harvest,” Perry says. “You can’t get any fresher than that.”