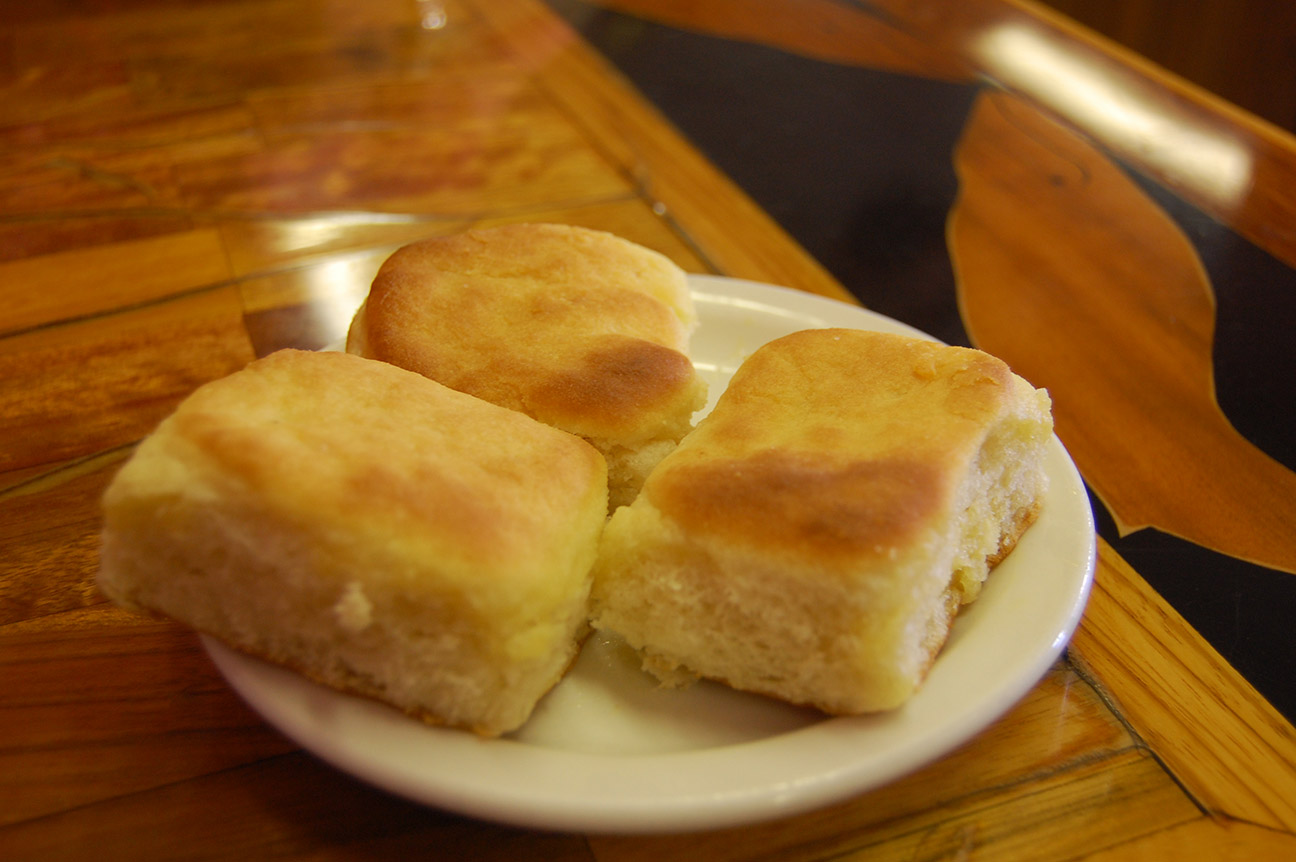 Buttermilk:
Flavor Secret of the South

Buttermilk is a staple in the South and it’s not just for drinking. This go-to ingredient has been the secret for flavorful cakes, pies, breads, sauces, and even poached fish.

It’s all about buttermilk in the South. Cooks living below the Mason-Dixon line know that buttermilk makes the difference in quick breads, flaky biscuits, and sweet desserts. Buttermilk pie is a standard at family gatherings and old-fashioned cafes and diners.

​“Buttermilk has long been a go-to ingredient for baking and cooking,” says Debbie Moose, food writer and author of seven cookbooks, including “Buttermilk: A Savor the South Cookbook.” “For one thing, it keeps longer than sweet milk, and for another, its acidity and flavor add to recipes.”

​Human consumption of buttermilk is nothing new. Some histories report that as far back as 3000 B.C. buttermilk was regularly consumed in ancient India.

​ “Buttermilk is still a popular drink in India, where it’s considered a cooling and refreshing drink,” Moose says. “It’s not sweet, but savory.”

​ The website beveragehistory.com credits the Irish with bringing buttermilk to America. They used it as leavening for the soda bread they ate daily. Today it’s used in everything from cakes and pies to breads and preparing certain meats and fish.

​In the days before refrigeration, Southern farmers used every drop of the buttermilk left over from churning butter. “They’d pour whole fresh cow milk into the churn to make the butter by hand, pulling the plunger up and down until the butter rose to the top,” Moose says. “Once the butter was done, they’d pour the remaining thin liquid into a pitcher and set it on a shelf. There, the cultures in the air, good cultures, would settle on it and create that distinct flavor.

​ “It would keep much longer than sweet milk, and the acidity in buttermilk works as a leavening agent to help baked goods rise,” Moose adds.

​By the early 1900s, commercial leavening agents such as baking powder and baking soda became available. “Using both buttermilk and a leavening agent made it possible to make quick breads, those baked without yeast,” she says, “opening up a whole new way to cook muffins, banana and zucchini breads, cornbread, and scones.”

Moose’s childhood memories of her father include his buttermilk after-supper treat. “In the evenings, my father would crumble the left-over cornbread into a glass of buttermilk, let it sit for a few minutes, then eat it with a spoon while he watched TV.”

​ Her father knew what many people today tend to forget: buttermilk is actually good for you. Its nutritional benefits include potassium, vitamin B12, calcium, riboflavin, and phosphorus. One cup of whole buttermilk has 99 calories; a cup of whole milk has nearly 160. And it’s lower in fat content.

​“Be sure to read labels for exact caloric and nutritional values,” she says. “And notice whether you’re purchasing whole buttermilk or reduced-fat variety. If you’re baking with it, you can use either.”

​ She suggests using locally produced buttermilk when you can find it because it’s more flavorful. Reach out to your state’s department of agriculture or extension office to find dairy farms that sell it.

​ Local buttermilk has the best flavor, but store-bought can be as good as locally produced buttermilk for baking.

​ Aside from baking, buttermilk has many uses. “Poaching fish in buttermilk takes away the fishy taste, and soaking chicken in it before dredging it helps your flour coating hold on better and brown up nicely when frying,” she says. “There’s even a recipe for a buttermilk turkey brine that adds a nice flavor to the bird.”

​If you don’t have buttermilk on hand, there are several ways to make an acceptable —though not nearly as tasty — substitute. Use one tablespoon of white vinegar or fresh lemon juice plus enough milk to fill a 1-cup measuring cup. Stir and let stand for five minutes, then use as the recipe directs.

​ Although it’s a Southern standard, many people today don’t cook with it.

​“Buttermilk is one of the most underappreciated foods,” Moose says. “The flavor it adds certainly makes it worthwhile. Try it in any recipe that calls for whole milk and you’ll discover a whole new way of cooking.”

When an elderly customer at the Cotillion Southern Café in Wildwood, Fla., tasted this pie for the first time, she closed her eyes and loudly yelled “Holy Hoochie Mama! That’s the best pie I ever had in my whole life.” It was inevitable that owner and baker Kathi Vincent would rename her popular

Directions: Mix buttermilk, melted butter, sugar, flour, coconut flakes, and pecans together until well combined and pour into a 9 1/2 or 10-inch pie plate. Grate fresh nutmeg on top and bake at 350 degrees. Pie is done when the center puffs slightly and the pie is not jiggly in the center.