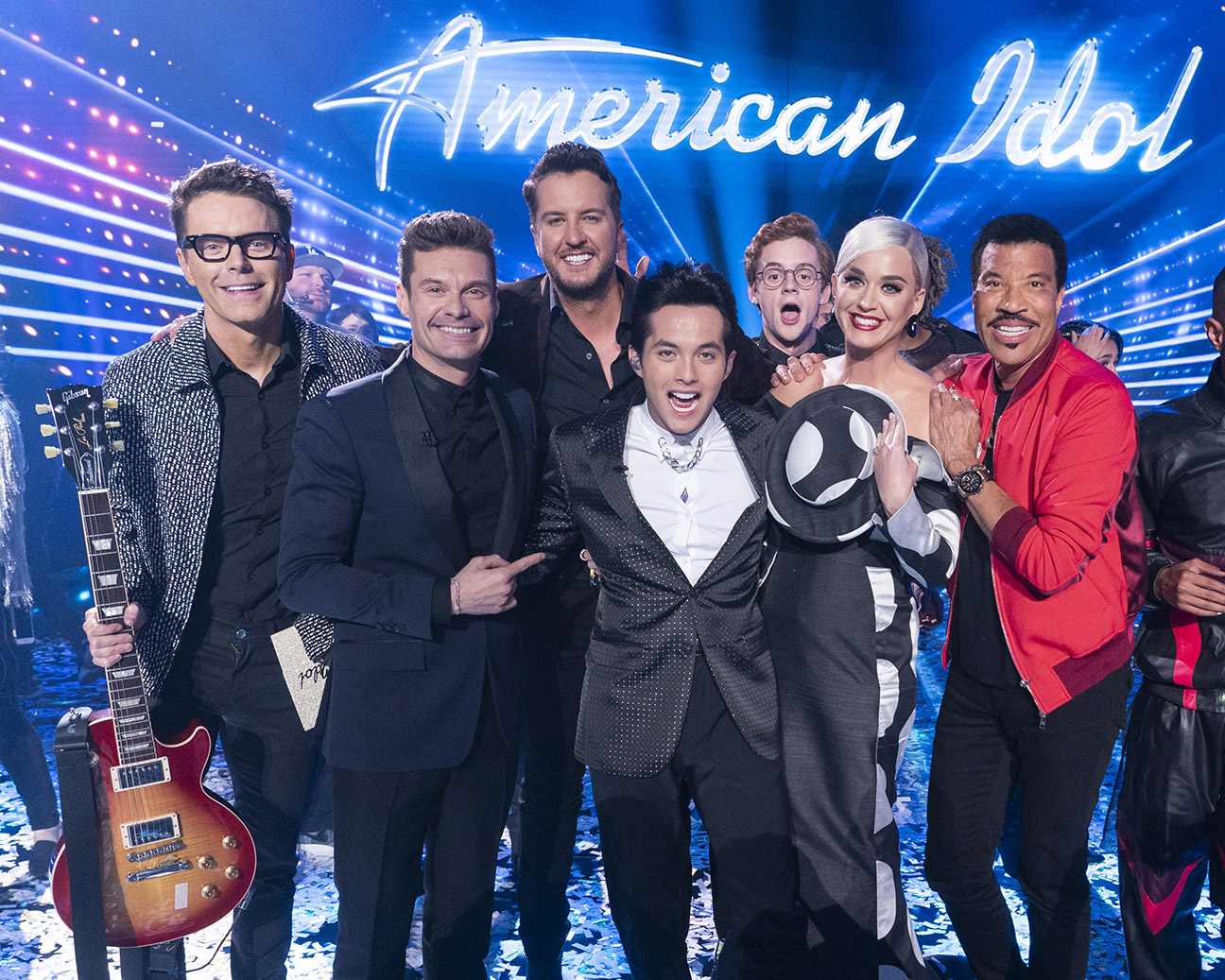 Louisiana ‘American Idol’ winner hits the ground running with album release, tour, and a stint on ‘The Bachelorette.’

Laine Hardy has been busy since winning Season 17 of “American Idol” in May of 2019. Soon after appearing on the show, the Louisiana native headed to Nashville to start working with producer Michael Knox — whose credits include Eric Church, Jason Aldean, Thomas Rhett — on an album. The pandemic slowed things a bit, but even when with much of the music industry at a standstill, Hardy released several new songs and even did a virtual tour to connect with fans. This year, he’s back touring, appeared on ABC’s “The Bachelorette” in July, and in September, released his long-awaited debut album “Here’s to Anyone.”

“I’m really excited and glad the album’s finally out,” Hardy says. “And Michael Knox is a wizard in the studio. It’s the first album of my career, so it’s a big moment for me and I’m really grateful.”

The album showcases his vocal talents, with many of the songs highlighting some of his story. The video for “Ground I Grew Up On,” was shot in and around his hometown of Livingston, Louisiana, and features scenes of him on the bayou, driving his truck, and hanging out with friends.

“These songs like ‘Ground I Grew Up On,’ ‘Tiny Town,’ ‘Let There Be Country,’ ‘Authentic,’ and ‘Here’s to Anyone’ kind of tell a story in a way,” he explains. “They’re about my lifestyle, what I do, and who I am. I’m just a small-time, country boy from a little town in Louisiana.”

Hardy’s interest in music started early. He was just six years old when he began asking questions about a singer he’d heard on the radio. “My mom told me about Elvis Presley and after that, it kind of inspired me to start learning how to play guitar. And I took lessons for about eight years.”

In high school, he became more serious about his music and one day, when he arrived home from school, his mother greeted him with a question. “I walked up to the porch and my mom was sitting in the rocking chair and she said, ‘Laine, what do you think about trying out for ‘American Idol?’”

At first, he was nervous about the idea because he’d only recently combined singing with playing the guitar. So, he said he wasn’t sure, walked into the house, put his books down, but then walked back outside.

“I said, ‘Okay, sign me up.’ I’ll try it at least one time for Momma. So, we went to New Orleans, I auditioned, and got the golden ticket,” Hardy explains.

But he only made it halfway through the season before getting sent home. It was the next year, when a friend asked him to play guitar for her, that he was encouraged to try out for the show a second time. For the second season, he went all the way to winning. He still can’t quite believe how it all turned out.

“Yeah, I didn’t expect to win at all,” he relates. “I just went through the whole show, having fun, enjoying life. Not a lot of people get to do it. It’s crazy.”

While Hardy’s humble about winning, it’s clear he consistently wowed the crowd and the judges with dynamic performances of songs like “Johnny B. Goode” and Queen’s “Fat Bottomed Girls.”

Today, his live shows on the road feature original music with covers of songs from a variety of other artists. “I play all the songs on my album, they’re all kind of placed throughout the set list, but I’ll also do some cover songs. I’ll pick up a guitar and sometimes it’ll just be me. I’ll sing 4 Non-Blondes’ ‘What’s Up’ or like an Elvis medley with ‘That’s Alright, Mama,’ ‘Lawdy Miss Clawdy’ and others.”

In addition to the release of his first album, Hardy marked another music milestone in August when he debuted at the Grand Ole Opry.

“That was unbelievable,” he says of playing the historic Nashville live and radio show. “I never would have thought I’d be on that Grand Ole Opry stage. It was a surreal kind of moment. And the timing was crazy because it was right before the hurricane (Ida) hit. My whole family drove up to see me, then drove home that night so they could go and secure some things. But the Grand Ole Opry was amazing.”

Extremely close to his family, Hardy looks forward to taking a break and spending time at home to celebrate the holidays.

“On Christmas, we all get up real early because my nieces and nephews wake us up,” he says, laughing. “My mom will make some coffee, then she and my dad and everybody will sit on the couch and open presents. Later, I’ll call my buddies and ask them what they’re doing, and we’ll all get together and show each other what we got.”

For Hardy, who recently turned 21, winning “American Idol” has paved the way for so many amazing things to happen and he’s grateful.

“I’m excited to play music again, and release new music, but I’ve made it since day one,” Hardy says. “Even before ‘American Idol’ I had my family and friends, and my dog. So, I felt like I’ve made it my whole life. Some people aren’t lucky, I know that. But for me, I just try to spread the joy to everybody I can.”