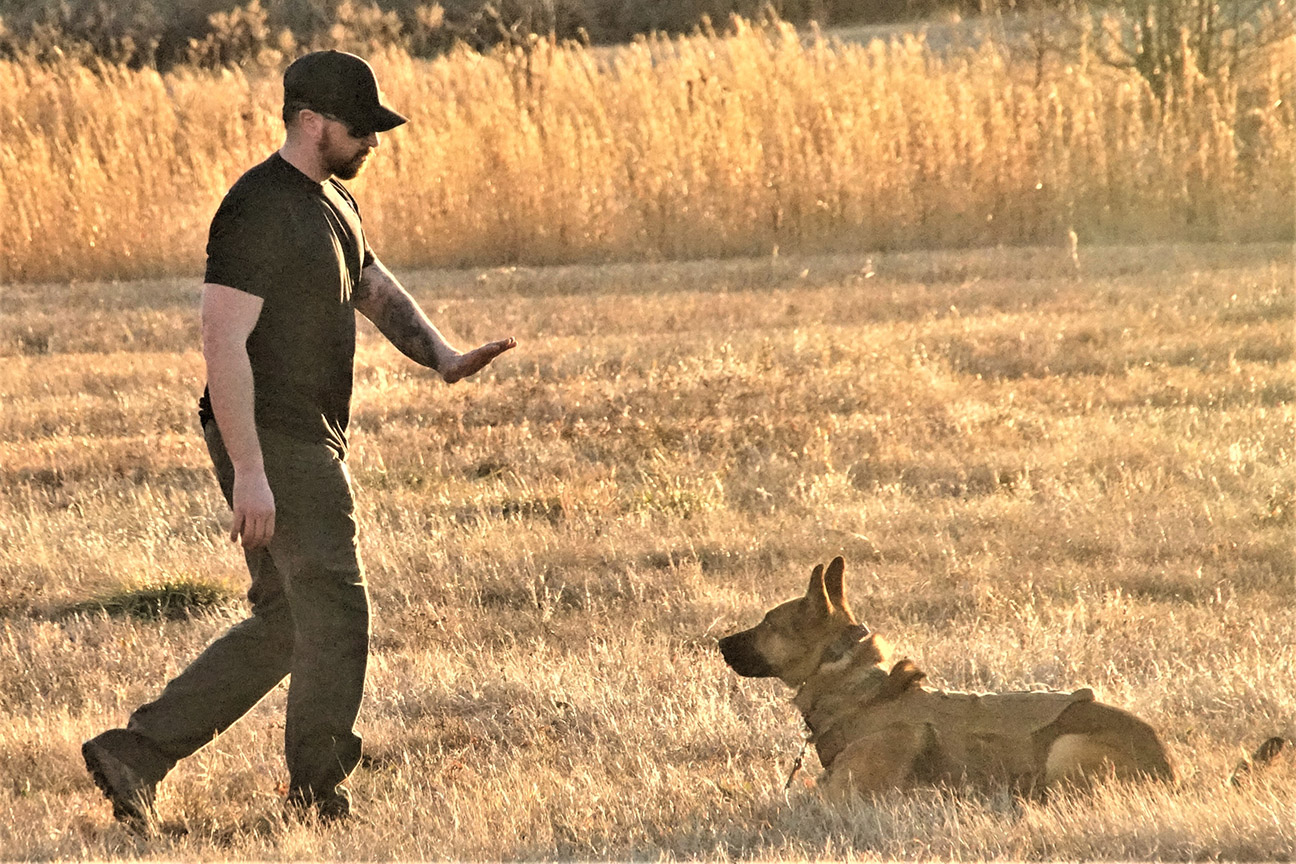 Story and photography by Mike Lee

The four-legged friends of the boys in blue help patrol the streets of North Mississippi.

They normally ride in police and sheriff’s department vehicles, plying city and county streets of major metropolitan centers, the vehicles clearly marked “K-9” with a warning to keep away. And for good reason, because these dogs are not pets. The dogs are working animals, and they serve law enforcement in Desoto County and beyond.

But what does it require to take a dog from what we know, to become a valued and highly trained crime-fighting asset? Most people have no idea the hours or the expense involved.

K-9 officer and instructor Lynn Brown of the Hernando, Miss., Police Department began his career in 1994 as a member of the Horn Lake Police Department. While there, Brown was assigned to the U.S. Military Special Ops to train their dogs that were being deployed to Iraq. Brown accompanied them overseas for a nine-month tour of duty, though he was not officially in the military but rather “on loan.” There, he specialized in teaching military dogs how to track the enemy in close-quarter situations.

Once that assignment ended, Brown returned to the Horn Lake Police Department and saw an opportunity to start a K-9 unit, and did so with only one dog. Brown’s sergeant, Scott Worsham, then got the police chief position at Hernando and took Brown with him. Together, they realized that it would be advantageous to have an effective K-9 unit based on Brown’s experience in the military. And with Brown’s partner, Hunter Solomon, who brought his K-9 unit with him and joined Brown at the Hernando Police Department, they had the beginnings of a team.

“Here at Hernando P.D., we have four handlers and dogs serving not only our city but when needed, the whole county,” Brown says. “Once I got back I restarted the K-9 basic training course, based not only on my 30-plus years in law enforcement, but my experience in Iraq.”

In North Mississippi, most law enforcement dogs are imported to the United States by way of Europe through specialty kennels. They are made available to various agencies.

“The dogs we get are anywhere from 14 months to two years old and they’re already experienced; because dog competitions in Europe are huge, they are well trained,” Brown says. “They learn bite-work and other skills by the time we get them, so they already have a good working foundation to build upon.”

All of Hernando P.D.’s K-9 units have come from Holland with what’s called a KMPV certificate issued by the Royal Dutch Police Association. They already know how to do certain things and evidence the skills they are required to know. But through a basic training program here in Hernando, the dogs are taught what’s necessary in their new environment to be an effective police dog.

“We don’t try to change what they’ve already learned as far as voice commands,” Brown says. “They’ve usually had a year or so learning how to respond to situations in a European language, often Dutch or German, or East European, and we continue to use those commands. We do, though, add a couple of English words, like ‘come’ so that the dog learns that he’s to come to the officer either for correction or for reward.”

K-9 officers constantly monitor their dog’s diet, water, break times, and weight. Their food is not full of fillers, like commercial dog food, but mostly a protein-packed all-meat diet because, after all, they’re athletes. The dogs are fed usually once a day, at end of the day, and all K-9 vehicles are air conditioned and left running constantly for the dogs’ comfort. The K-9 dogs ride in enclosed portions of the vehicles and have blankets or beds.

Though its easy to picture German Shepherds like the famous Rin Tin Tin as the standard breed of police dog, successful K-9 unit can come from a variety of breeds.

“Some of the dogs we purchase are Belgian Malinois, occasionally a German or Dutch Shepherd,” Brown says. “But we prefer the Malinois. Some dogs are bred for best features and traits, and they work just fine. However, all of the best dogs are bred in Europe where the best bloodlines are.”

Although the police and sheriff’s departments have funds available for purchasing a K-9 unit, the dogs are not cheap by any means.

“Dogs can cost anywhere from $6,000 to $13,000, maybe even more depending on how far the dog has advanced through training and the related kennel costs, how much it cost to fly the dogs from Europe to the U.S., get them through customs and more,” Brown says. “All of which adds to the final price for the dog.”