Photography courtesy of  Hotel Legends, Pearl and The Lodge at Gulf State Park 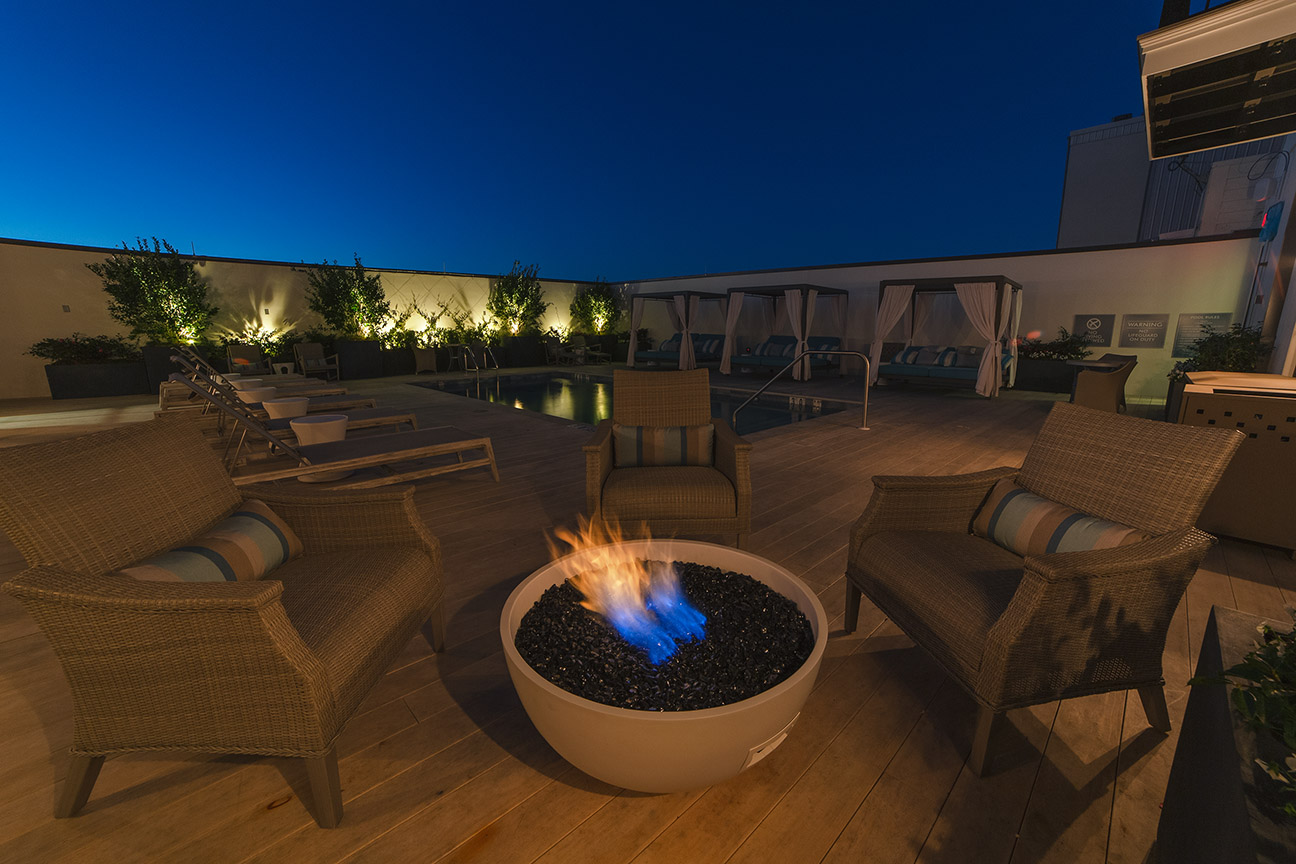 Cool new hotels have sprung up along the Gulf Coast from Bay St. Louis to Gulf Shores.

When Sarah Cure Clark got married, like many Southerners she wanted a large wedding. At that time, her hometown of Bay St. Louis lacked large-scale accommodations so she spread her family among Baytown Inn, a boutique hotel in town, and Hollywood Casino.

“There was no place to house people,” Clark says of the lack of one accommodation to house them all in one place.

Clark is the third generation of a Bay St. Louis oyster fishing family, but she always remembered the town’s need for more hotel rooms. Hurricane Katrina damaged a building at the corner of Main and Beach Boulevard in the heart of Bay St. Louis, so her family purchased the lot and began plans for a boutique hotel offering 59 guest rooms.

The Pearl debuted Dec. 30, 2020, and joined several new hotels that have recently opened their doors along the Gulf Coast.

PEARL
Upon entering Pearl’s lobby, visitors will spot artwork indicative of the Mississippi Coast: images of crabs, fish, and oysters, along with dreamy coastal landscapes. The décor offers a nod to Bayou Caddy Fisheries, the family’s long-running business that dates back to 1959.

“That’s why it’s called Pearl,” Clark says, adding that her family spends much of their time harvesting oysters. “It pays homage to my family’s industry.”

​ Artist Rick Dobbs of New Orleans created the hotel’s branding and logo development plus incorporated photos in each of the guest rooms that represent aspects of the fishing industry. For instance, there are shots of people bedding oyster reefs or shucking oysters. Dobbs also created the the oil painting of a fiddler crab nicknamed ‘Charlie Daniels’ that’s located behind the reservation desk.

“My favorite pieces of artwork are of our two oldest boats, the Joey C and the Cindy C,” Clark says, vessels named for her dad, Joseph Cure, and another family member, Cindy Cure, two of the company’s four owners. “Because without our boats we couldn’t be here today.”

​ In addition to the boutique-style rooms, the hotel houses Smoke restaurant, where renowned Chef Jeffrey Hansell of Covington, La., takes aim at developing both classic and innovative barbecue dishes. Hinge focuses on craft cocktails including pre-Prohibition style drinks such as the Vieux Carré, Aviation, Sazerac and a unique take on the Old Fashioned.

​ The second floor contains 17 rooms plus a courtyard and pool. The pool bar serves popsicles, beer, and a limited menu.

Pearl also features a small hospitality space that seats 30 to 35 people and may be catered by partner restaurants. Sliding glass doors open to the pool area.

​ The hotel opened at a good time, Clark says. “Bay St. Louis is growing, it’s bustling, it’s vibrant. People are coming from all over.”

THE LODGE AT GULF STATE PARK
For those Gulf Shores visitors who wanted a lodge experience with Gulf views, The Lodge at Gulf State Park fit the bill nicely. The state-owned and operated property was built in 1974 across from the expansive, multi-use park, allowing visitors to enjoy both beach and park trails.

​ Hurricane Ivan heavily damaged The Lodge in 2004, which offered an opportunity to not only replace the aging structure, but to build something remarkable. Funds were obtained from the 2010 Deep Water Horizon oil spill, and the state partnered with the University of Alabama to create a model hotel of sustainability.

The new building was rebuilt farther from the water’s edge in order to restore and maintain delicate sand dunes and the habitat of the endangered Alabama beach mouse, among other wildlife. All of the buildings – from the lobby and restaurants to the lodge containing guest rooms – are designed to provide maximum light and Gulf breezes to reduce energy consumption. The HVAC system moves condensation from guest rooms into the pool.

​ The Lodge features 350 rooms with no single-use bath products or plastic. Instead, glasses are provided and recycling encouraged. There are several dining options, including fine dining and craft cocktails at Perch, which overlooks Gulf waters.

The 21 acres of the hotel property contain native plant landscaping. A walkway takes visitors across Beach Boulevard where guests can rent bicycles and ride or hike the 28 miles of hiking and biking trails inside Gulf State Park. The park also allows picnicking and fishing.

Another newcomer to the beach since Hurricane Ivan is the fishing pier located next to The Lodge. It was damaged in last year’s storms, but the first 725 feet has been renovated and is now open to visitors and anglers, said Kurt Fedders, marketing and social media manager of The Lodge.

HOTEL LEGENDS
Barrington Development restored what used to be an apartment building at 674 Beach Blvd. in Biloxi before Katrina roared ashore. The new incarnation opened Oct. 1 last year as Hotel Legends, a 132 all-suite hotel with a retro style. The décor, including vintage images from the archives of Getty Images, harkens back to the glamour of the 1940s and 1950s, says Tessy Lambert, director of public relations.

​ “High-rolling luxury suites made for silver screen intrigues, sumptuous and sophisticated dining, classic cocktails and vintage-style entertainment are sure to make every guest feel like a Legend,” she says. “Every room is equipped with Gulf and downtown Biloxi views complimented by vintage décor, premium comfort beds, oversized showers, a 50-inch big-screen TV and in-room wet bars.”

There’s plenty of legends dotting the walls, including Jayne Mansfield and Elvis Presley, both of whom spent time on the Mississippi Coast during their lifetime.

​ Amenities run the glamour gamut. There’s the infinity pool with a dancing fountain coordinated to the music from Hollywood’s golden age, a pool bar, meeting spaces, and coffee shop. The Sapphire Supper Club, with its glowing tables and craft cocktails, is modeled after the supper clubs from the 1930s and ’40s.

​ The hotel is also conveniently located next to the Hard Rock Casino and close to Beau Rivage Resort & Casino and MGM Park. Visitors may also stroll along the new establishments on Howard Avenue, part of Biloxi’s downtown renaissance.

“Downtown Biloxi has always been a lively area,” Lambert says. “Still, with more non-gaming boutique hotel options like Hotel Legends designed with nostalgia in mind, I believe it will only enhance the reputation of this beautiful town, and that can’t help but spawn more growth and visits to the area.”