A History of Style and
People 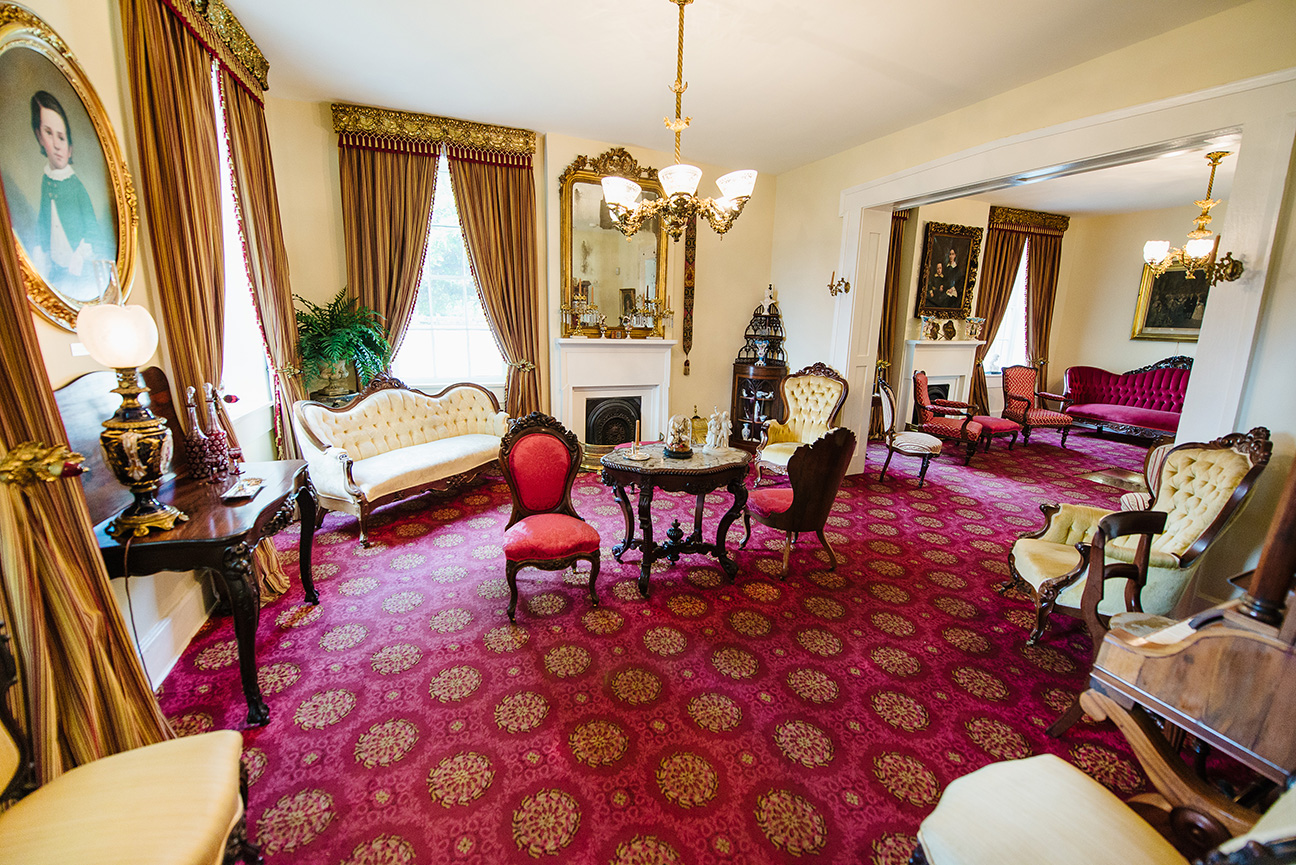 For a city a little over three centuries old, Mobile has a rich, diverse, and well preserved architectural history.

But it existed in the lives of Native Americans for centuries before that. Indigenous peoples put their unique stamp on the architecture of the area using natural resources such as palmetto, sugar cane, and clay to construct their houses.

“Native people used what nature provided readily to make their homes,” explains Philip Carr, professor of anthropology at the University of South Alabama.

From early beginnings to modern times, the architecture of Mobile exhibits its past in a portfolio of styles.

While early settlers in Mobile used more sophisticated methods to build their homes than Native Americans, they still took advantage of natural resources to do so. For example, the Conde-Charlotte Home and Museum was constructed with handmade brick consisting of a mixture of clay, shale, and sand. It is one of the few fully restored older homes in Mobile that survived the Civil War intact despite the city being under Union siege.

Built in 1822, the home has two Confederate parlors decorated in classic Victorian style with vivid reds, representing well the antebellum period in Mobile. A sophisticated Greek Revival portico was added in the 1840s. Recently the home was renovated to update both the interior and exterior. Although the home has been described as one of the more architecturally interesting homes in the city, it was not constructed during Mobile’s architectural heyday.

According to architectural historians, Mobile’s golden age was from the 1830s to the Civil War, a time when king cotton created a booming economy that fostered the development of great architecture. The 1830s saw the introduction of Greek Revival-style architecture for churches, banks, and major civil buildings in downtown Mobile.

Government Presbyterian Church, built in 1836, has been called one of the finest examples of Greek Revival architecture in America. The design of this church combines both classical Greek and Egyptian design elements such as Corinthian columns and pylons.

“The columns are based on a design found at the Tower of the Winds in Athens Greece, a building dating to 50 B.C,” explains Tom  McGehee, director of Bellingrath Museum Home.

Adding to the church’s uniqueness is the fact that it has the only intact interior of a historic church in Mobile.

Another popular historic church that has managed to maintain its originality is Trinity Episcopal. It was established in 1845 and is the first large-scale masonry Gothic Revival church constructed in Alabama. Some of its architectural features include a central aisle, a distinct and separate chancel demarcated by the chancel arch, and an open timber ceiling.

The church was relocated in 1945. Maintaining the purity of the ecclesiological-correct features during its reconstruction was so important that the church was deconstructed brick by brick and relocated to Dauphin Street where it was completely reassembled. As a result, the church still maintains much of its original design.

Right before the outbreak of the Civil War in 1861, Mobilians enjoyed the increasingly popular antebellum-style architecture in homes and buildings. Today, world-class antebellum buildings replete with cast iron finishes grace the streets of downtown Mobile. The finest example of antebellum cast-iron architecture is located at 2 Water Street.

“It’s a wonderful example of a cast-iron facade applied to a brick structure,” says architectural historian John Sledge. “That was very common during the Civil War and immediately after it. This one dates from 1860. It was imported from New York City in pieces on a sailing ship and assembled on-site and really looks like a Venetian palazzo in a downtown Southern city.”

Yet another architectural marvel built in 1860 is the Richards DAR House in downtown Mobile. It remains one of the most spectacular examples of ornamental cast iron on the Gulf Coast with its hearts, tendrils, grape clusters, and allegorical figures of the four seasons in the porch railing.

As the 19th century progressed, Mobile’s prospects began to improve and Victorian architecture was introduced.

“You have frame houses for all classes with a degree of ornament or what we would call gingerbread today,” John Sledge remarks. Details such as “fine balusters or drop friezes or what we would call railings and porch columns that were turned in some artful way” added to the elegance of residences.

Later, a mix of revivals like the Romanesque Revival and Tudor Revival was introduced.

The architectural landscape then expanded again in the early 20th century, an era referred to by historians as the progressive era or progressive period. The city started to flourish and experienced a phenomenal period of construction in the suburbs and downtown. Masonry buildings emerged on the scene as the Victorian style faded in popularity. Stucco became a popular material to use.

Several revival styles, including the Mission, Spanish Colonial, and Neo-Classical styles began to appear in the area. One such example is an elaborate Mission or Spanish Revival-style train station near downtown Mobile. The GM&O, the Gulf Mobile and Ohio, is a distinct building with an orange clay tile roof and an impressive variety of elaborate decoration on its facade.

From the dawn of Mobile to its modern development, the city has evolved as an architectural wonderland. Many important renovations of historic buildings have taken place over the years. Due in part to the historic preservation movement and the recent renewal of the Alabama Historic Rehabilitation Tax Credit program, future renovation projects are feasible.

One such project involves the restoration of Alabama’s first public school. The Barton Academy was constructed in 1839 in the Greek Revival style, closed during the Civil War and re-opened in the 1870s. However, it transitioned from a school to the school system’s central office from the 1960s until 2007.

The next renovation will transform it back into a schoolhouse. After a decade-plus of fundraising from a wide variety of sources, including private and foundational support, Barton Academy is preparing for renovation work to begin in the spring and last until the end of 2020.

Once restored, the school will be known as the Barton Academy for Advanced World Studies. Along with many other historic buildings in the area, it will continue to enhance the rich and diverse legacy of Mobile’s architectural heritage for many years to come.

“It (Mobile’s architectural history) is first and foremost a story of Mobile as a people — people as patrons, clients, architects, builders, and interior designers,” Blackwell says. “It is the story of who we are and where we’re going.”