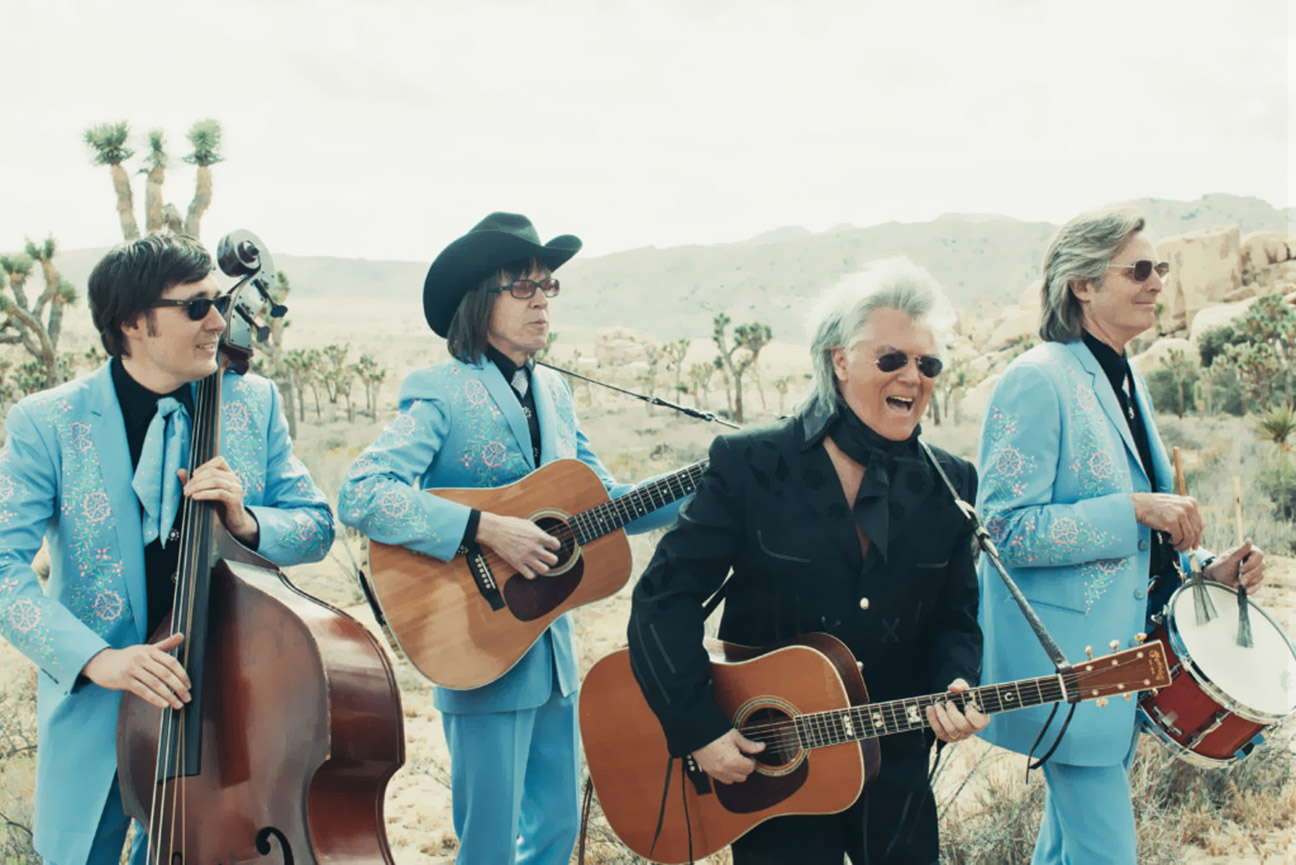 Mississippi’s Marty Stuart is busy planning his Congress of Country Music, a new tourist attraction that will honor the state’s musical legacy.

Singer, songwriter, and multi-instrumentalist Marty Stuart would normally be touring right now, if not for the Coronavirus pandemic. He’s missed performing for live audiences, but staying home for an extended period of time turned out to be a rare and welcome break for Stuart who has been making music for the past 40 years, virtually non-stop.

“The truth of the matter is, I haven’t been this still and this centered since…,” he says, pausing to think about it. “I left home when I was 12 to go play music, so I’ve been a moving target. And to actually be at home with Connie (Stuart is married to country singer Connie Smith) and to be around my family and the things I’ve worked for, it’s been wonderful.”

The pandemic may have affected his ability to tour, but not his creativity. Stuart recently went back into the studio to record a new album (release date to be determined), he’s been working on his next book, he helped Smith finish her latest album, and he’s been busy with projects related to his Marty Stuart’s Congress of Country Music. The $30 million cultural and education center planned for his hometown of Philadelphia, Miss., will showcase some of the state’s many contributions to music.

“When you drive across the state line, it says ‘Welcome to the Birthplace of America’s Music,’” Stuart explains. “We are unparalleled when it comes to that kind of story. No other place on planet earth comes close to the musical legacy: past, present, and future.”

The complex will add to other attractions already showcasing much of Mississippi’s music story.

“I think the spiritual home of rock and roll is unquestionably Tupelo, Elvis Presley’s birthplace,” Stuart says. “And I love what B.B. King did over in the Delta at his place. Then, when the Grammy Museum put a facility on the campus of Delta State I thought, okay, the north state is zipped up now. So, I think East Central Mississippi where I’m from could be considered the spiritual home of country music, between the Congress of Country Music and the Jimmie Rodgers Museum 35 miles away.”

Stuart is well-known for his love of country music and depth of knowledge regarding its history. He shared his expertise throughout Ken Burns’ “Country Music” documentary series that aired on PBS last year.

In his own career, Stuart has stayed true to honoring the tradition of the genre, while also making his own music.

“My favorite question that Ken Burns asked me during the making of that series, and I don’t think it made it into the show, was, ‘Tell me about tradition,’” Stuart relates. “And I think my answer was tradition can be viewed from many perspectives. If you look at tradition and let it be an inspiration and a role model and history lesson as to what to do and what not to do, that inspires me. I know where my bedrock of tradition is, but it’s really and truly about making new stuff and new music and keeping the story moving forward.”

His dedication to honoring country music history may come from being so much a part of it, himself. The former child prodigy, who drew inspiration from watching country music TV shows with his dad during the early 1960s, taught himself to play both the guitar and mandolin by the time he was eight years old. At 14, he was touring with Lester Flatt, and by his early 20s had been invited to join Johnny Cash’s band. Stuart went on to become an artist in his own right with a number of hits in the 1990s. In 2002, he put together the band he travels and performs with today: The Fabulous Superlatives. He also hosted a popular TV show on RFD-TV.

Last year he celebrated the anniversary of his critically acclaimed album “The Pilgrim,” released in 1999. It marked a turning point in his career.

“‘The Pilgrim’ was my line in the dirt record,” he says. “I’d had so much commercial success and we’d done it all, and it was starting to become a game. Then, something inside me told me you don’t have to change anymore, go back to your heart and soul. So, I made this record called ‘The Pilgrim’ which is basically a take on a tragic story that happened in Philadelphia when I was a kid. And this record came out to great critical acclaim, more than I ever had in my life, but commercially it was a flop.”

It may not have sold enough records to be a hit, but it was so revered by fellow musicians, artists, and fans in multiple genres, Stuart says it never really “went away.” He released a 20th anniversary version with 10 extra tracks and a book telling the story of how it was made.

He’s currently working on a book that will highlight another of his albums called “Badlands: The Ballads of the Lakota.”

Building a music cultural center in the small town where it all began is especially meaningful for Stuart. One section will include a museum where he’ll share some of the 20,000 pieces of memorabilia he’s collected through the years.

“My love for the treasures of country music goes back to when I was a kid. And in the early 80s, I started noticing for instance that Patsy Cline’s hand-tooled leather make-up case with her name and address on the inside, wound up in a junk store on Eighth Avenue in Nashville. I paid 75 bucks for that. And that was example after example, of item after item that was happening to. So, I said, you know what, I’m going to save our culture.” He stops here, laughs, then adds, “It was a self-appointed mission.”

Items will include Johnny Cash’s first black performance suit, Hank Williams’ hand-written lyrics to “Cold Cold Heart,” the boots Patsy Cline was wearing when she lost her life, and so much more.

In the planning for nearly a decade, Marty Stuart’s Congress of Country Music will open in the next two to three years.

“The property’s been purchased, the collection’s in town, and the working board and advisory boards are seated,” Stuart says. “We have a representative from the Library of Congress, the Smithsonian, Ken Burns is on the board, Charley Pride (also a Mississippi native) myself, Connie Smith, the director of the Grand Ole Opry, the executive director of the Country Music Hall of Fame. Everything is done except basically raising the rest of the money and building the thing.”

The 50,000-square-foot campus will feature the renovated Ellis Theater, built in 1926, as a performance and multi-use space, the museum, a rooftop performance venue, a community hall, meeting rooms, classrooms, TV production space, and more. There will be live music with legendary artists and rising stars.

Stuart is excited to share his passion for music and help shine a light on the state where so much of it originated.

“I think if we link together as basically a cultural chain that runs throughout the state with Presley’s birthplace, the Delta Cultural Center, the Grammy Museum, and the Jimmie Rodgers Museum, and if you put it alongside of the blues and the country music and literary trail markers coming up out of the ground, and you put live performances with that, we’re going to be a state to be reckoned with when it comes to music tourism,” he says. “And I’m proud to show up and be able to do my part.”

To learn more or to make a donation, visit congressofcountrymusic.org.