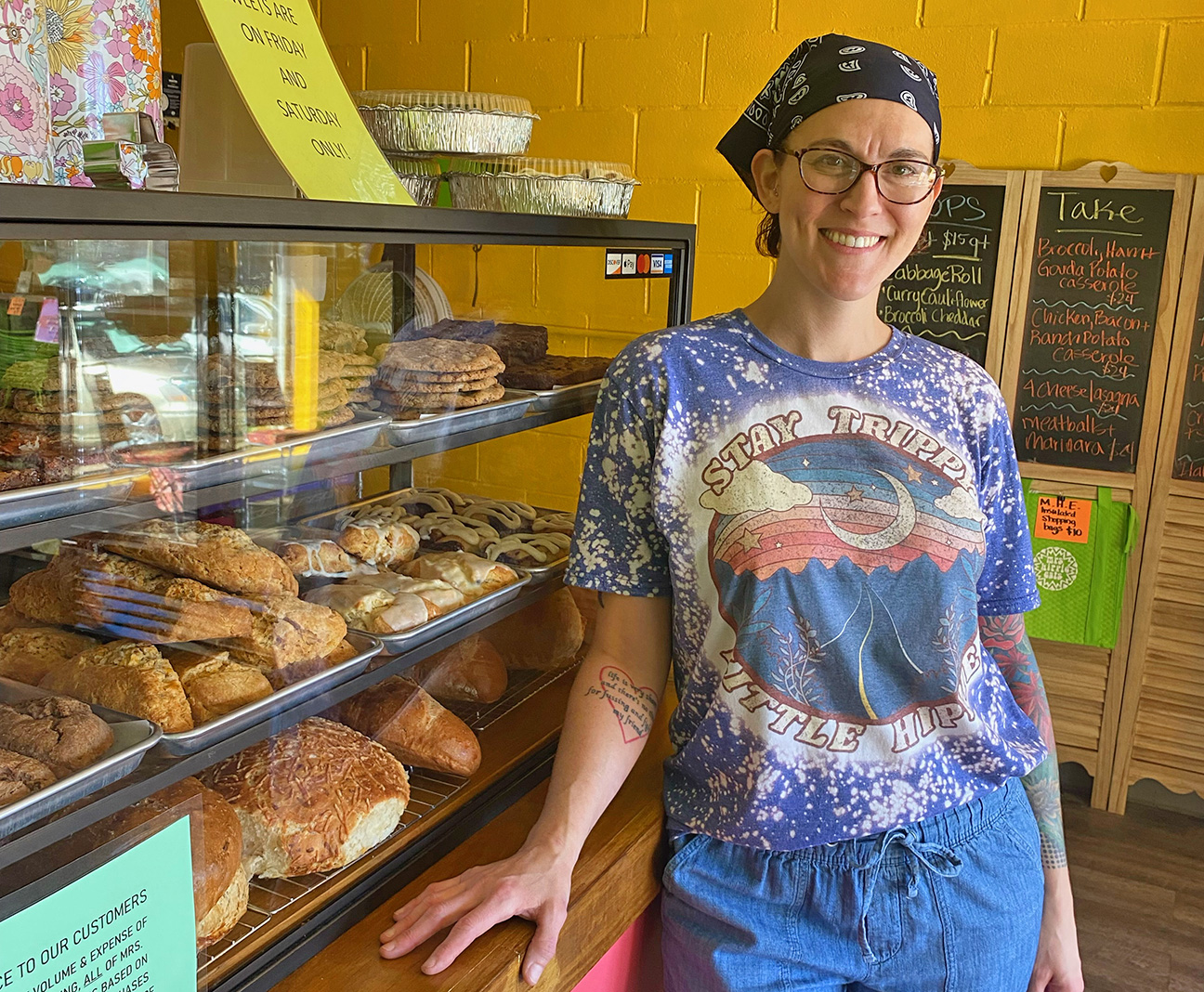 When the pandemic arrived last year, many small businesses in Mississippi shut their doors. Some closed temporarily, some permanently, and others searched for a lifeline. The restaurant industry in particular felt the brunt. Often overlooked, however, are the quiet life stories of seasoned restaurant owners who had contemplated change long before 2020 forced their hands.

Such is the story of Heather Ries, founder of LadyBugg Bakery in Hernando, Mississippi, which opened more than a decade ago. Ries, who moved her bakery from Memphis to Mississippi, quickly established a reputation for her fresh home-baked pastries, specialty cakes, breads, and lunch specials.  Working alongside her family, Ries dedicated 12-hour days to LadyBugg, promptly arriving at dawn and heading home in the evening to her three children and husband.

“My husband Joey always helped pick up the slack,” she says.

In early 2020, Ries came to a decision. “I wanted to spend more time with my kids who had grown up while I was working.”

As she contemplated how to shift gears, the pandemic forced her to shut the bakery doors in April of 2020. At that point, she decided it was time to sell the business, and she did so that summer.

Then, she went home.

The funny thing about an energetic creative entrepreneur like Ries is that her passion for cooking had never been about a job or money.

“Feeding people is my first love,” she says.

So when boredom set in at home, Ries did what she always has done: she cooked.

“I just started making food and would post what I was making,” Ries says. “Soon, people were asking if they could buy the extras.”

Because so many people were at home during the pandemic, trying to figure out how to cook, Ries began posting her recipes online. She even filmed several LadyBugg cooking demonstrations.

By early 2021, Ries heeded the demand and opened a new business. Unlike LadyBugg, her new venture, Mrs. Hippie Eats, grew from her desire to bring family and work closer together. She found the perfect spot for her meals-to-go establishment, a small central location in Hernando that was formerly the kitchen for Area 51 Ice Cream.

“This [Mrs. Hippie Eats] is a grab-n-go business and we do meal prep so our customers don’t have to cook,” she says.

Ries was busy from the first day she opened her doors. Serving up fresh soups, salads, freezer casseroles, and main dishes, Ries didn’t confine herself to a set menu. Gone are the specialty cakes and fresh breads are only available on Fridays and Saturdays.

“All of our recipes are new and not from LadyBugg. We are not a bakery,” she says, although bakery items are sometimes on the menu.

Ries’ loyal customers follow her Facebook page closely to learn about the daily specials and the menu reflects her single driving philosophy across her personal life and businesses.

“We only use the freshest ingredients,” she says. “If I make cream of mushroom soup, it’s made from scratch, not a can. We’re not a health food store or vegetarian. We just serve good food.”

While Ries has been a vegetarian since 1994, she incorporates many meat-based items in her repertoire. For instance, she often sells out of popular items such as chicken pot pie, pot roast, and her signature chicken salad.

“We do a lot of pot roasts,” she says. “Even though I am a vegetarian, I have cooked so long I have gotten to know the right taste and seasonings.”

Not long after opening, Ries recruited Amy Covey, who had worked alongside her at LadyBugg for six years. Originally from Rochester, New York, Covey enjoys watching customers experience new foods and, like Ries, she enjoys the flexibility of creating a daily menu.

“When I first started with Heather, I prepared all the salads and Heather did all the baking,” Covey says.

Since opening Mrs. Hippie Eats, Covey encounters many of their loyal repeat customers, but she has also seen many new faces. She wants new customers to understand their menu fits everyone.

“I like to hear people say ‘I never have to cook again!’ when they come into the store,” Covey says.

In this new endeavor, Covey is following her passion. “I love being in the kitchen.”

During the holidays, Ries will continue to change the menu, but will offer a pork tenderloin and seasonal pumpkin treats. She encourages customers to check Facebook regularly for menu updates.