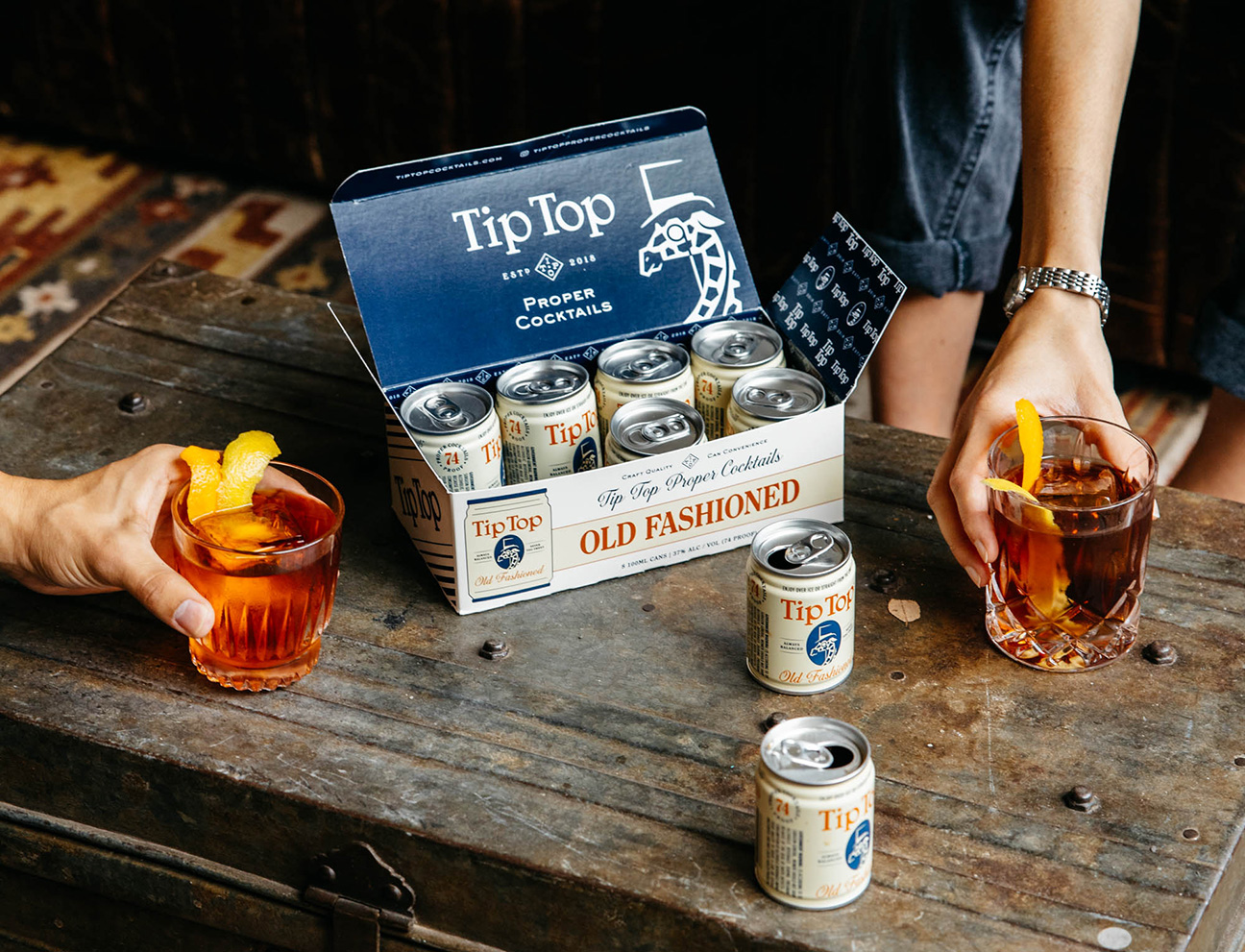 Cocktails in a Can

Neal Cohen and Yoni Reisman were childhood friends growing up in Atlanta, and both “rabid music lovers,” attending numerous music festivals and events.

“We were determined to get in that line of work,” Cohen relates.

And they did. Reisman helped establish an entertainment company that produced the Governor’s Ball Music Festival in New York, and Cohen served as marketing director for Bonnaroo Music and Arts Festival in Tennessee, among other jobs.

What they thought would be their dream careers ended up leading to something entirely different. As Reisman sat next to the concessions at festivals, he noticed something lacking. Customers could purchase beer, wine, and possibly a rum and Coke at the events but not a cocktail. With good reason. Cocktails require several ingredients and a knowledge of their assembly, which meant hauling numerous glass bottles to the outside venues and an educated staff. Cocktail creation is also time-consuming, making it unfeasible for crowds. In essence, serving cocktails at music festivals wasn’t conducive to that environment.

But, that didn’t stop the duo.

“There was a hole to what was available to the attendee,” Cohen says. “We saw a need to solve that problem.”

Cocktails-to-go are part of an explosive nationwide trend, but the Tip Top duo knew that developing the right recipe would be tricky, particularly for those with sophisticated palates. They enlisted mixologist Miles Macquarrie, whose work at the Kimball House in Atlanta has earned him several James Beard bar of the year award nominations.

Each “stirred cocktail” contains three ingredients inside a durable steel can. Having a ready-made cocktail eliminates the need to keep bar ingredients on hand, reduces the time involved to make a cocktail, and provides a way to bring cocktails to places where glass is prohibited. Tip Top cocktails are especially handy when traveling, easy to slip inside backpacks, in luggage, and to enjoy at the pool or beach, Cohen says. Because they contain alcohol, they won’t freeze, so can be placed inside freezers for a nice chill.

They’re also affordable, retailing for $4 to $6 a can.

Because they’re so convenient, hotels and restaurants without a well-stocked bar service use them for guests. They’re perfect for fast casual restaurants, dive bars, and on golf courses at country clubs, Cohen says.

For now, Tip Top Proper Cocktails are only available in certain states, but can be shipped throughout most of the country. Each state requires its own distribution standards, Cohen explains, so it’s a slow process expanding their reach as they move forward. The cocktails are available in some large retail stores, such as Total Wine in Georgia and South Carolina.

The word is out for these convenience cocktails — the drinks won the Drink category in Garden & Gun’s Made in the South Awards this year and have been featured in numerous national publications. Plans are in the works to expand the product line this spring. Next up are three “shaken cocktails,” a margarita, a traditional daiquiri made of rum, lime and sugar, and a Bees Knees consisting of gin, honey and lemon.

It might not be Bonnaroo, but the lifelong friends aren’t complaining.