Story and photography by Cheré Coen 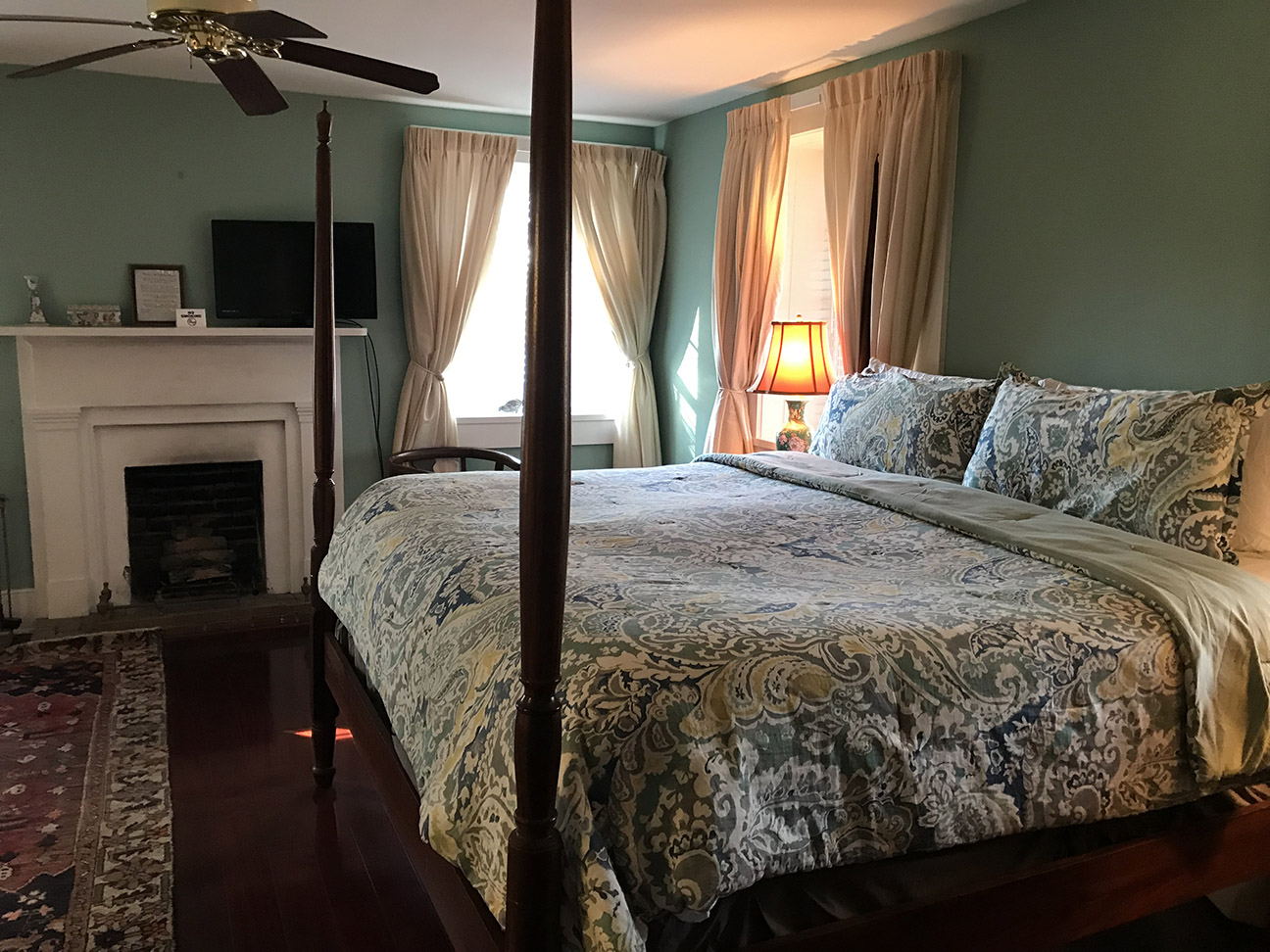 Vicksburg’s long Civil War siege and battle may have created the most haunted place in Mississippi.

It’s a long walk from the parking lot to the front door of Vicksburg’s McRaven House, a stroll along a dim brick path through thick trees and vegetation — even on the sunniest day. The two-story Victorian facade, when it comes into view, appears solemn and forlorn, its porches empty, dark with shadows.

The home, built in sections with the original house dating back to 1797, has been labeled Mississippi’s “Most Haunted House.” Even if you don’t believe in ghosts, the site is sure to give the most hard-hearted the heebie-jeebies.

The owners of McRaven offer two tours of the unique house, located at a dead-end street and alongside a working train track. For those who love history, daytime tours explain how McRaven contains three sections constructed at different times, resulting in the home’s other nickname of “Time Capsule of the South.” For those who prefer the paranormal, ghost tours are conducted nightly and on weekends (but check website or call for updates during the pandemic). We visited on a Sunday afternoon so our only choice was the history tour, but what we received veered eerily into the other realm.

The sign on the front door requested visitors to start the tour on the back porch. When we knocked on the back door, our guide arrived flustered.

“Was that you on the back staircase?” she asked. “I heard footsteps inside.”

We replied that we had been outside the house the whole time. Besides, the back door was locked so it was impossible for us to enter the house.

Nikki Ciciora introduced herself and invited us into McRaven, but she was clearly startled by the experience. She explained that she was no stranger to the house’s paranormal phenomenon, had performed experiments with instruments purported to catch paranormal activity, but the footsteps had been so clear, it gave her a real fright.

She shook it off and began her history tour, starting with the front parlor and explaining the residents who resided in the house over more than two centuries. Andrew Glass built a rustic two-story building in 1797 that remains in the back of the house, now listed on the National Register of Historic Places. A rogue and criminal, the only way to the second floor at the time was by a rope Grass threw down to those he allowed inside. Sheriff Stephen Howard added the Empire style addition in 1836, now the middle section of the mansion.

John H. Bobb finalized the house in an elaborate Greek Revival style in 1849, including the lovely façade at the home’s entrance. Bobb was murdered by Union soldiers who took over the property during the Civil War, and William Murray purchased the home from Bobb’s widow in 1882. Two of Murray’s daughters never married and lived there until their deaths in the mid-20th century.

Besides McRaven’s history — and there’s lots to be had at this remarkable house  — are the stories of those who have passed but refused to leave. There’s Glass, who was known to rob travelers along the Natchez Trace and who was shot and murdered. Murray prefers the front of the house and was thought to have violently pushed Leyland French, one of the modern owners, to the floor, breaking his glasses and causing stitches to his face, according to author Alan Brown, author of “Haunted Vicksburg.”

“French recognized the man as William Murray from photographs he had seen of the man,” Brown writes.

The sad imprint of Mary Elizabeth Howard, the wife of Sheriff Howard, remains in the bedroom where she died not long after giving birth to a daughter, Caren. The sheriff and his daughter left for Yazoo City after his beloved wife died, but many believe she remains in the room where she took her last breath. On the day of our visit, we photographed a bright blue orb lingering over the bed and, without anyone moving in the room to cause vibrations on the floor, the armoire door opened and closed. Twice.

Ciciora wasn’t surprised. “She’s one of the most active spirits in the house,” she told us. “She loves children and she moves things.”

Spirited Town
It’s apropos that McRaven would be designated Mississippi’s most haunted. The title could well be bestowed upon the town of Vicksburg, the site of one of the most horrific sieges of the Civil War. It was here that Gen. Ulysses S. Grant bombarded the town, hoping to take the Mississippi River into Union hands. As his forces bombed the city, residents hunkered down, many in caves built into the bluffs along the river, and many living on harsh rations and contaminated water.

At the Duff Green Mansion Bed & Breakfast, owner Harley Caldwell explains to visitors how merchant Duff Green saved his three-story mansion from Union fire by offering it up as a war hospital. The grand home once used to entertain guests such as Confederate President Jefferson Davis treated both injured Union and Southern soldiers and commanded an entire city block. Neighboring homes were utilized as well, and thus preserved from being destroyed during the siege.

Blood stains from the Civil War injured can still be spotted on the floors, and human limb bones were found outside a window of a room used for amputations. Since Duff Green tops a bluff, a cave was carved inside the hill to house the family during the 1863 siege. Mary Lake Green gave birth to a child while hiding in that cave.

Caldwell would rather discuss the house’s history than its apparitions, but she admits that visitors have seen a one-legged Confederate and a small child they believe to be Annie, the Duff’s daughter who died in the house. Young Annie scraped her scalp with a stickpin and the wound became infected.

Most people find Annie playing on the back staircase.

Other Spirited Sites
Websites and books will list several inns that contain residents who refuse to check out. The 1868 Annabelle Bed and Breakfast is known to include another one-legged Confederate, and visitors to Cedar Grove have reported footsteps, the smell of tobacco once loved by the original owner John Alexander Klein, and the sound of babies crying, as well as the apparition of former owners and soldiers. A young girl named Maggie occasionally appears in the courtyard of the McNutt House.

When Grant approached Vicksburg by the river, Southern troops rallied on the bluffs above. Davis had insisted that Vicksburg was “the nailhead that holds the South’s two halves together” while Pres. Abraham Lincoln saw the city as the “key” to victory. Battles raged between the two for 47 days with thousands killed in the process.

Today, the Vicksburg National Military Park stretches for miles above the river with more than 1400 monuments and memorials to the fallen on both sides. Naturally, stories abound, most reporting haunting sounds of men fighting and screaming, and the smell of rifle and cannon fire. Some visitors have talked of strange fogs over battle sites and the eyes of statues blinking.

Are the apparitions haunting Vicksburg real? Or are they energy imprints left behind from a dark and violent history? You be the judge.