Walk on the Ghost Side 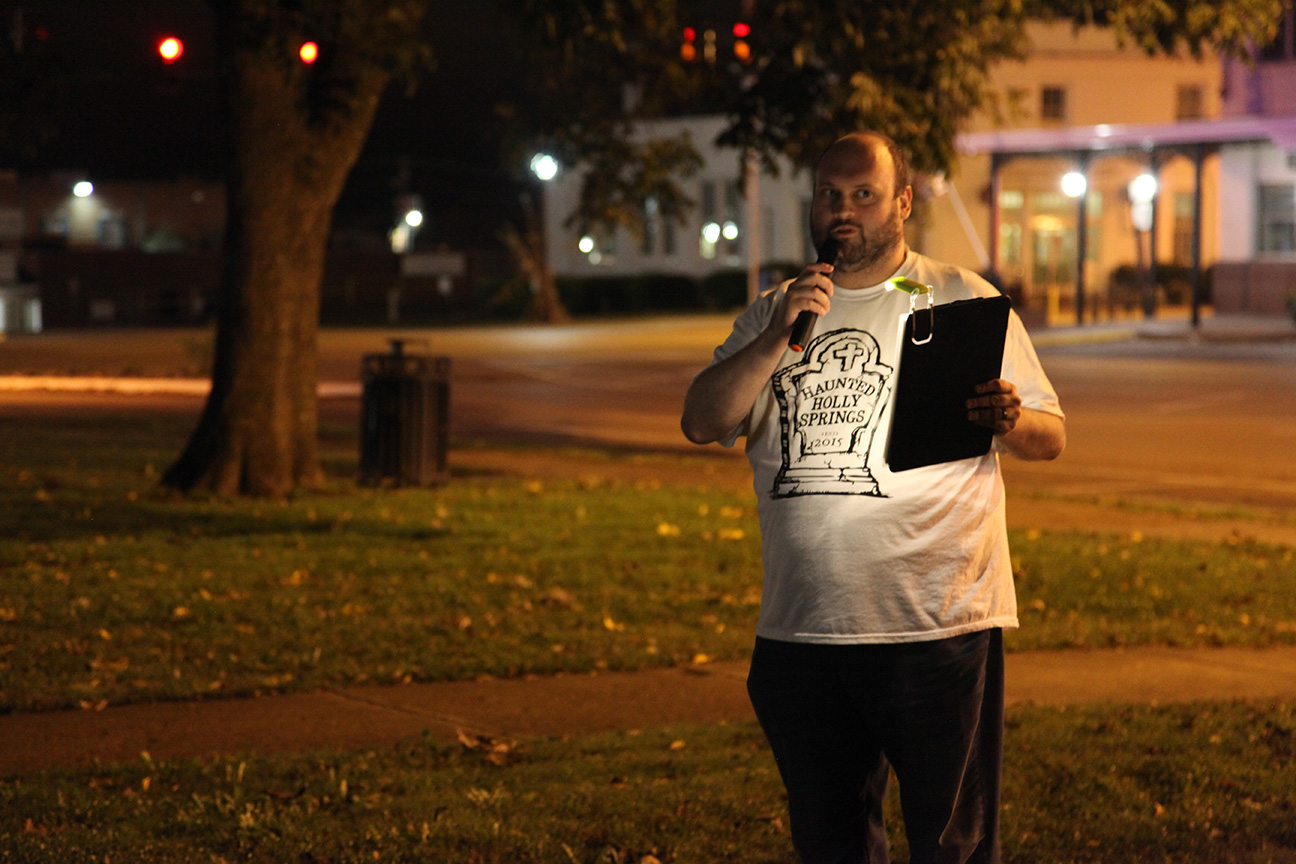 Get your haunted fix this month with ghost tours of historic properties — and even one on the water!

When autumn arrives and the temperatures cool, it’s time to get out for a spirited walk. And we mean literally. Here are five premiere ghost walks — well, one happens on a boat —taking place this October.

Backbeat Tours
When Backbeat Tours started offering walking tours of Memphis in 2006, the company focused mainly on the city’s music scene. However, hearing stories of local hauntings, they decided to offer ghost tours, as well. These two-hour tours operate year-round, covering 2.5 miles in the city’s South Main Historic District which, according to manager Meagan May, was once a cemetery frequently visited by “Resurrection Men,” AKA grave robbers who dug up bodies for use as cadavers in a nearby medical college. May credits those robbers for the lingering “disturbed souls” that still roam the area.

Two well-known stops on the tour include the Orpheum Theater, haunted by 12-year-old Mary who was so excited by the performance she saw in the 1920s that she ran outside and was struck and killed by a passing trolley. Mary, a lover of musicals with braided hair and a white dress, has been seen frequently through the years by both performers and audience members.

Another stop is Earnestine and Hazel’s, nowadays a dive bar and burger joint that was once a notorious brothel where several murders took place. Upstairs, a nasty spirit known only as “The Red-Haired Woman” still lingers in the room where she worked. While conducting a tour in that room several years ago, May had her ponytail yanked — hard — in full sight of tour-goers. Backbeat no longer visits Earnestine and Hazel’s, and that’s just fine with May.

The bus tour makes a stop outside the Woodruff-Fontaine House Museum, where the spirit of Mollie Woodruff still mourns the loss of her husband and baby, leaving impressions on the bed covers in her bedroom that reappear after they’ve been smoothed out. The final stop on the Pub Crawl is the infamous Earnestine and Hazel’s, giving visitors the chance to experience the haunted interior.

Owner Stephen Guenther takes pride in the fact that he and his team have personally vetted many of the haunted locations on their tours with paranormal investigations using recording devices to pick up ghostly voices as well as motion and vibration detectors in addition to devices that measure electromagnetic fields. Among his many personal experiences, he’s had an interaction with the “Haunted Jukebox” at Earnestine and Hazel’s, which over the years has started spontaneously playing songs based on conversations taking place inside the bar. Once, a gathering of women celebrating a recent divorce were greeted with Tammy Wynette’s “D-I-V-O-R-C-E.” Another time, people discussing James Brown suddenly heard “I Feel Good” erupting from the jukebox. In Guenther’s case, an investigator asked the spirits if it was true that singer Wilson Pickett had composed a song inside the establishment. Suddenly, their devices started blinking and beeping, and the jukebox began playing one of Pickett’s tunes.

Ghosts of Tupelo’s Past
L. Sydney Fisher, author of several volumes of paranormal thrills and supernatural suspense, leads a tour called The Ghosts of Tupelo’s Past on weekend evenings in October. The 90-minute, one-mile tour makes stops outside such haunted Tupelo locations as The Lyric Theater, where a ghost known as Antoine walks around humming, stealing keys, and moving things around.

The paranormal activity there may be due to the large number of people who died inside the building after a tornado in 1936 killed more than 200 of Tupelo’s residents. As one of the few large buildings left standing, the theater was used as a makeshift morgue and hospital with surgeries and amputations taking place on the stage — the theater’s popcorn popper was even used to sterilize the surgical instruments.

Fisher, who describes herself as a “sensitive,” a clairvoyant medium who can see and hear spirits, has sensed another volatile ghost in the Lyric’s set construction area who’s been known to throw boards across the room.

“I won’t take people in there because I don’t want anyone getting hurt,” she says.

Midway through the tour, a stop is made at the Nautical Whimsey restaurant, where another ghost named Buster, perhaps the spirit of a young Confederate soldier may be lurking after having fought in the 1864 Civil War battle near Tupelo. During the stop, tour-goers can order seasonal cocktails named for Tupelo’s ghosts.

Haunted Holly Springs
According to local lawyer Phillip Knecht, who leads two-hour, two-mile walking tours of Haunted Holly Springs during weekends in October, almost all the old houses in town have at least one or more spirits in residence. Entries inside these homes vary from year to year, but almost always a stop is made at the local Yellow Fever Martyrs Church and Museum, memorializing the more than 300 Holly Springs residents felled by the epidemic in 1878. According to Knecht, the mannequins there representing yellow fever victims have been known to change locations after the museum closes.

Other popular stops include Featherstone Place, where the ghost of Lizzie McEwen, an exceedingly mean-spirited victim of the epidemic, is frequently seen, always wearing a distinctive brooch. At Linden Hill, the ghost of Beulah Cawthorn frequently moves things around — she was a mentally disturbed young woman once found hovering over her parents’ bed with a hatchet.

Knecht himself is spooked by the many paranormal activities inside Graceland Too, the former home of the late Paul MacLeod, an Elvis Presley fanatic who collected hundreds of pieces of Elvis memorabilia during his lifetime. On one tour there in previous years, an unplugged lamp turned itself on, frightening many participants to abandon the tour. Such paranormal activities inside the homes aren’t uncommon, Knecht said, but his guests shouldn’t expect them.

“It’s like the Addams Family out on the bayou,” she says. “There were lots of deaths and torture taking place there.”

Johnston says she tells true stories “with a splash of fiction,” and since she dons a costume, plays spooky music, and tells her stories with dramatic embellishments, she promises “a little bit of theater” during the one-hour ride.

Stories include “The Curse of the Old Oak Tree,” “Reptilians in the Devil’s Swamp,” and “Pirate Jean Lafitte and the Curse of the Lost Gold.” Johnston adjusts her stories seasonally with a “Creepy Christmas” tour in December and for Valentine’s Day she’ll tell “The Untold Voodoo Love Story of Jean Lafitte.” Expect to hear the “fractured fairy tale of Peter Rabbit” during the Kryptic Bunny tours during the week of Easter.