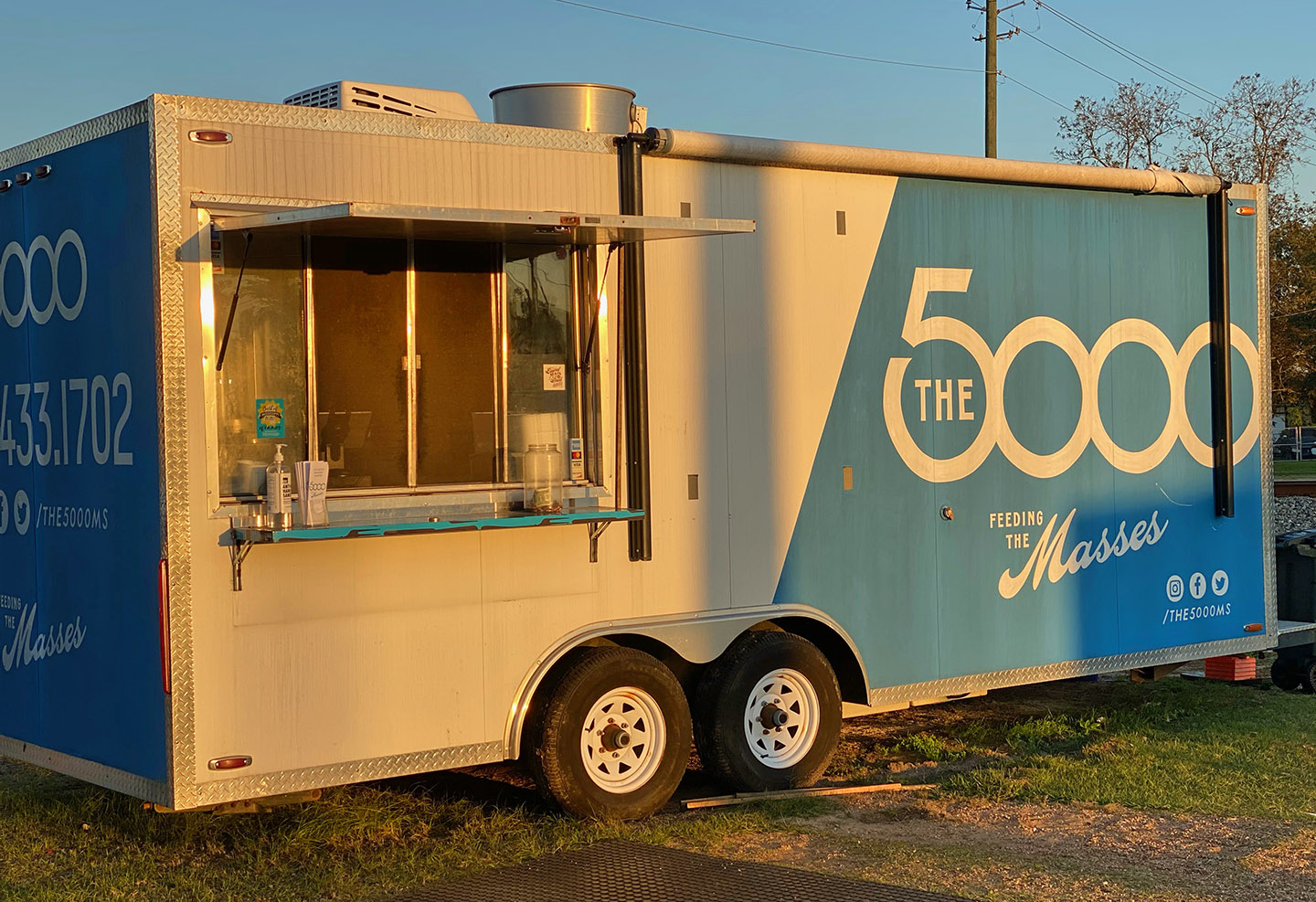 Grabbing your favorite bites to eat could be just around the corner, cooking up in a trendy food truck.

Running out to buy an ice cream sandwich from the ice cream truck cruising the neighborhood… ordering a Lucky Dog in New Orleans from one of the numerous cart vendors… grabbing your favorite latte from the coffee kiosk near the office. Getting a bite to eat on the go from a food truck is nothing new.

In fact, mobile dining harkens back to the Wild West when chuck wagon cooks served up breakfast, lunch, and dinner from the back of their wagons as cowpokes made their way along the trails. Following the Civil War, pushcart vendors started popping up in urban centers, near manufacturing districts, and other populated areas, offering quick snacks, sandwiches, and meat pies to workers who wanted a fast, yet cheap meal.

​It didn’t take long for food trucks to expand their presence, emerging near office complexes and at festivals and popular attractions. But industry experts credit the 2008 recession with inspiring food truck owners and operators to take the risk of launching their own mobile dining restaurants that led to the dramatic and notable increased presence of food trucks in communities large and small. Today, there are more than 23,000 food trucks in operation across the country. ​

​ One such example is Chile Verde mexic & taco. Started by Fermin Camacho in August 2014, this food truck specializes in tacos and cheeseburgers. Camacho always had a passion for food. With more than 35 years’ experience as a cook, his dream was always to open his own restaurant or have his own taco truck serving authentic Mexican food. Although there have been some stumbling blocks, he has, in fact, achieved his dream.

“Some challenges we have encountered are problems where we have been parked before, but, for the most part, our customers love us and appreciate us, as we appreciate them,” he says.

The husband-and-wife team met while in culinary school at Le Cordon Bleu in Austin, Texas, and wanted to open a family-owned restaurant. The low cost of starting with a food truck was attractive, and El Mero Taco opened about five years ago.

Although they’re always faced with mechanical issues related to the truck operations, Jacob says they are blessed with their success. In fact, they now have a brick-and-mortar location, and just purchased the Say Cheese! food truck from its original owners. At Say Cheese!, you can indulge your love of all things cheese with the Triple Decker, which includes Colby, provolone and pepper jack cheeses, or the PCB, a homemade pimento cheese and bacon sandwich on sourdough.

​ Although they continually face challenges related to weather and limited space in operating a food truck, they don’t regret their journey.

​ “We absolutely love meeting people, getting to know Memphis and supporting other Memphis businesses,” says Mai Mitrakul. “Being able to travel from one end of town to another while sharing our dishes has been one of our greatest joys.”

​ Gaining popularity in Laurel, Miss., thanks to its appearance on HGTV’s “Home Town,” The5000 features a standard menu of salads, sandwiches, tacos, and specialty fries, including Erin’s Sandwich, named for “Home Town” star Erin Napier, who requested a sandwich comprised of pimento cheese, pulled pork, cole slaw, and barbeque sauce on grilled white bread.  You also can grab a breakfast of biscuits and gravy, pancakes, a carne asada breakfast burrito, and more.

​ “Our menu is pretty big considering we’re a food truck,” says Bill Hogue, who owns the truck with his wife, Julie.

​ The Hogues launched their food truck business in Arizona, just before moving to Laurel in 2018. They brought their truck with them and set up shop in downtown Laurel. Bill attended culinary school and spent five years working in kitchens and restaurant management, but left the industry for banking and finance for financial and career stability while raising his family. As such, opening the food truck was a dream come true given he wanted to get back into the culinary industry.

​ “Getting to know everyone has been the most fun,” he says. “We’ve really enjoyed getting to know the people of Laurel and the downtown area.”

​ In Tupelo, Local Mobile was the first food truck in Elvis’ hometown and continues to attract fans. Owner and Chef Curt McLellan offers a menu of burger sliders, po-boys featuring grilled shrimp, grilled catfish, and grilled Cajun sausage, chicken tacos with corn and black bean salsa, and shrimp tacos with cilantro lime slaw. The truck is just one of several that participates in Food Truck Fridays at Fairpark.

​Food truck cuisine comes in a variety of flavors so it’s easy to find one (or more!) that will satisfy your appetite – and be an entirely new type of road trip, one that never ends.

Finding Food on the Go