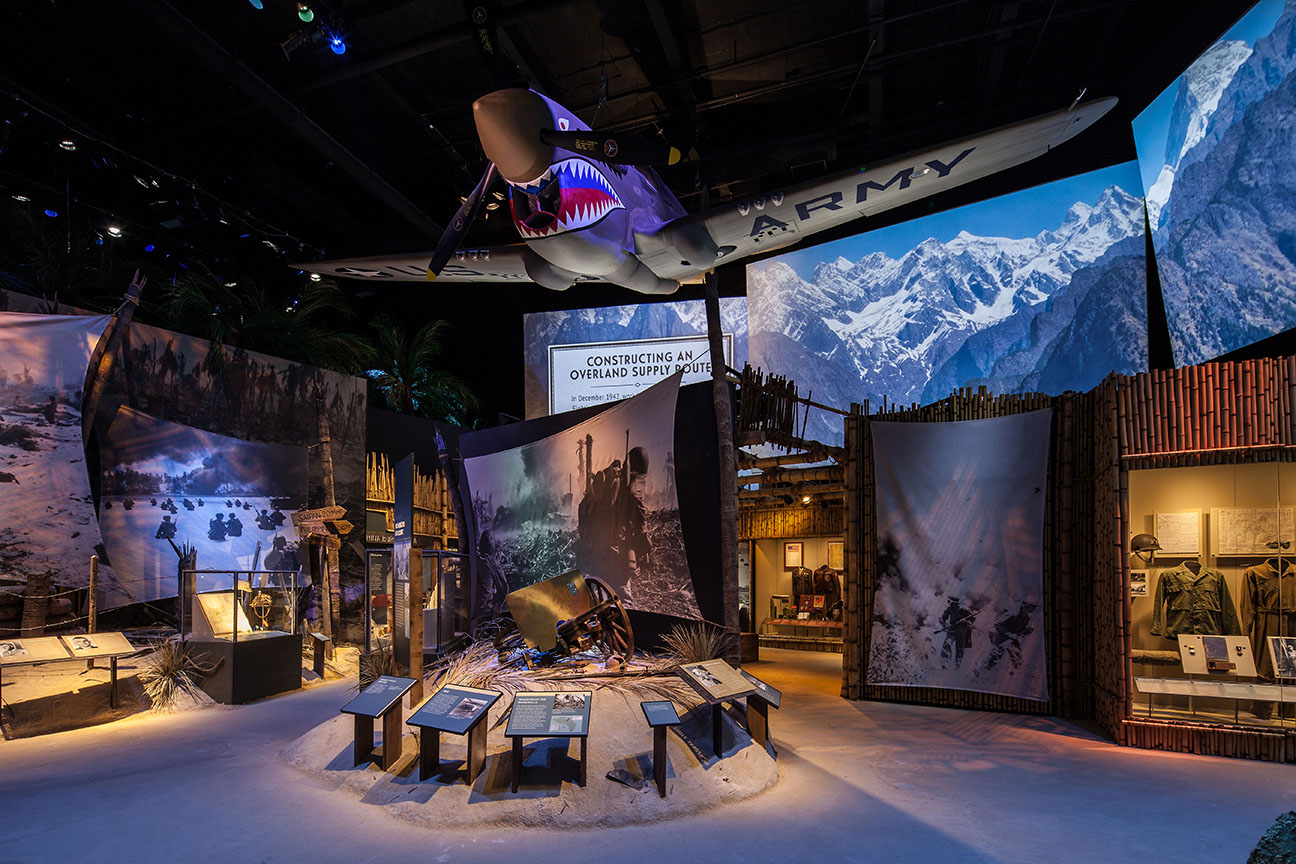 By Pamela A. Keene  |. Photography courtesy of National WWII Museum

In a six-building campus, the National WWII Museum in New Orleans continues to preserve and explain the war’s history for future generations.

Not many veterans of World War II are left to tell their stories and remind us to remember the bravery and accomplishments of what journalist Tom Brokaw calls “The Greatest Generation.”

​ Veterans’ foundations and numerous museums across the country in Quonset huts and old airplane hangars on nearly abandoned landing fields and army training camps share their collections of uniforms, weapons, flags, and medals. But no place in the United States brings together the story with such depth and detail as the New Orleans National WWII Museum.

​ Located on six blocks in the city’s Warehouse District, the museum comprises six buildings totaling approximately 300,000 square feet. To take in all the museum’s collections might take several days.

​ “The National WWII Museum is the definitive place to come for a comprehensive perspective about World War II,” says Tom Czekanski, senior curator of the museum that opened in 2000. “The collections and exhibitions tell the story of the war through the American viewpoint and delve into our nation’s experience of this great global conflict both at home and abroad.”

​ Czekanski always has been a history buff, but the stories of World War II hold special meaning for him.

“My father was in the 82nd Airborne Division on D-Day and also in North Africa, Sicily, and Italy. After he came home, he again went to serve in the Korean War,” he says. “My father often spoke of his experiences. However, most veterans did not. They regarded the true heroes as those who made the ultimate sacrifice.”

​The museum’s multimedia experiences, immersive interactive exhibits, and extensive collections of memorabilia and artifacts are complemented by first-person oral histories. Permanent exhibitions are grouped in galleries that delve into central themes of the war in both theaters, Europe and the Pacific, as well as on the home front.

​ The Louisiana Memorial Pavilion, the museum’s original building, houses the newest permanent exhibition, “The Arsenal of Democracy.” Showcasing the commitments from people back home through interactive displays, artifacts, and audio recordings, the exhibit includes glimpses inside the aircraft manufacturing plants, uniform factories, and homes where families planted Victory Gardens.

​“America initially wanted to stay out of the war, but Pearl Harbor galvanized the country,” Czekanski says. “Americans set aside their differences and united in the war effort.”

​ Other exhibits, “Road to Tokyo” and “Road to Berlin,” detail the struggles and triumphs of the military’s major campaigns through films, photographs, artifacts, uniforms, and interactive displays.

​ Traveling and special exhibitions are featured throughout the year. From now through Jan. 2, 2022, pieces from the museum’s collection not often displayed comprise the special exhibit “SOLDIER | ARTIST: Trench Art in World War II.”

“Focusing on the detritus of battle, this exhibit of more than 150 pieces includes trench art, such as ash trays made from shell casings and necklaces created from foreign coins, sent home to loved ones,” Czekanski explains. “Crafted by soldiers, many of these items have been donated to us by family members or by collectors who may have purchased them at flea markets. The backstories of these objects are fascinating and show a different side of battle.”

​ For the past dozen years, the museum has hosted the International Conference on World War II as well as other educational conferences and symposiums that bring together people from around the world.

​“Themed ‘Memory Wars: World War II at 75,’ this upcoming conference examines how museums, filmmakers, memorials, and historians help shape the memories of the conflict,” Czekanski says. “It is vital that we accurately maintain the history of this world-altering conflict.”

​ A program of the museum’s Institute for the Study of War and Democracy, this year’s event takes place in September at the Higgins Hotel & Conference Center that’s part of the campus.

​One of New Orleans’ newest hotels, The Higgins is named for boat-builder Andrew Higgins, who designed and built more than 20,000 amphibious craft used throughout the war in both theaters, including the D-Day invasion of Normandy. Décor reflects the style of the pre-war era through vintage photographs and ’30s- and ’40s-style furnishings. The Higgins offers fine dining, a rooftop bar, well-appointed rooms and suites, and nearly 20,000 square feet of meeting and event space. It’s the official hotel of the National WW II Museum.

​“Even with a campus covering six city blocks the museum can only touch on the broad story of the war,” Czekanski says. “As we lose our veterans and the civilians that supported them it is important for people to visit the museum and learn about what America can do when we all come together.”