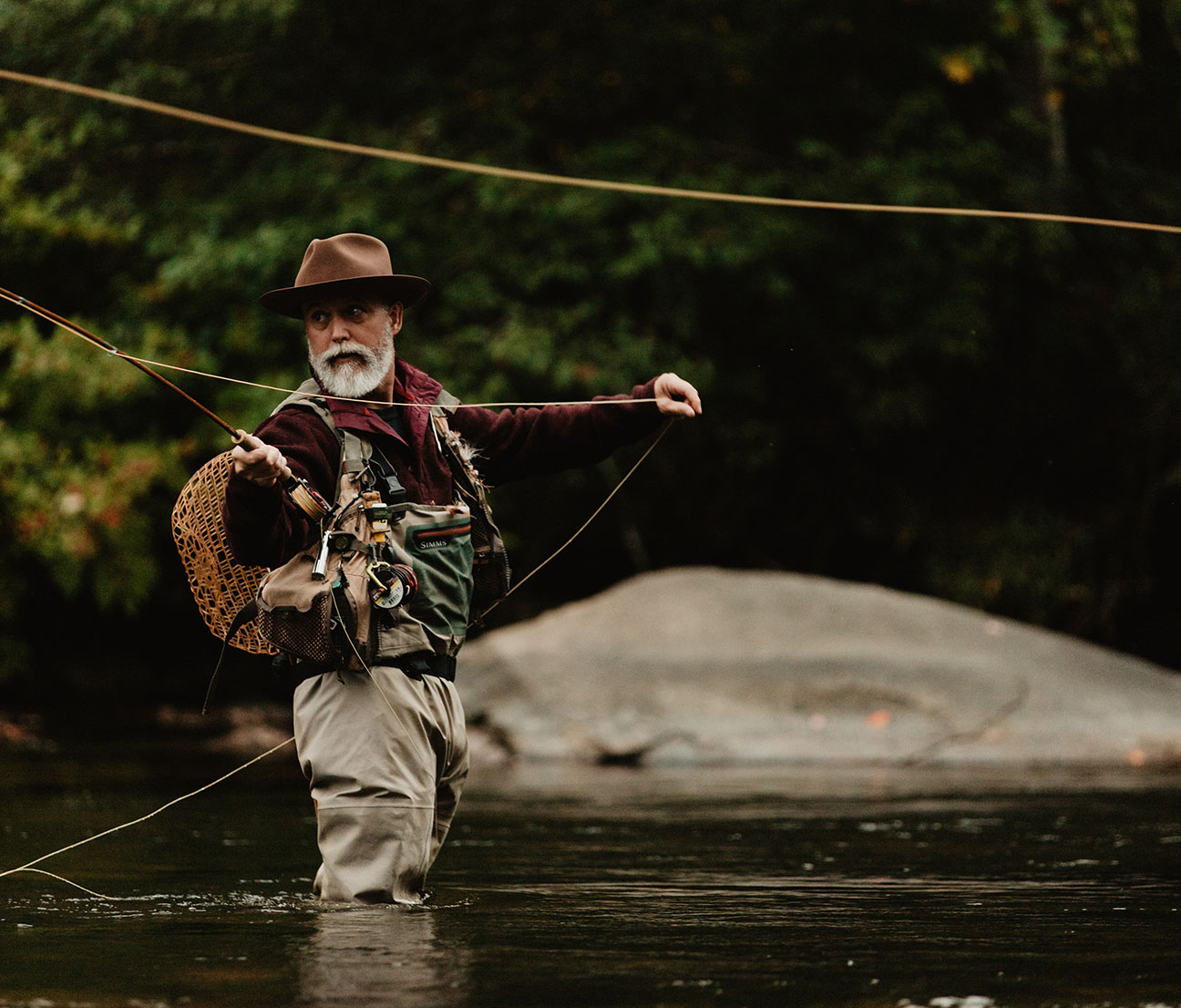 The Wizard of Blue Ridge

Bill Oyster shares his unique expertise on bamboo fly rod-making in the trout capital of Georgia.

The sign on the door reads, “Nobody gets in to see the Wizard. Not Nobody, not no how.” It’s not the Emerald City, but a different hue in Blue Ridge, Georgia, and this wizard, Bill Oyster, casts real magic.

Oyster’s a soft-spoken, somewhat shy man with a gray beard and mustache who also happens to be the foremost expert on bamboo fly fishing rods. But, he doesn’t hide secrets behind a screen; Oyster shares his wealth 22 times a year when he opens his Oz-like workshop to eight lucky students. They enter to watch and learn under the guidance of the master.

Participants come from all over the globe and with many different backgrounds, but they share traits common to the Yellow Brick Road travelers. They arrive with a passionate heart (for fly fishing), courage (to try their hand at a rare form of craftsmanship), and brains (to know where to make it happen). In addition, they all enjoy working with their hands.

The bamboo rod-making classes take place in a mountain town aptly bearing the moniker of Trout Capital of Georgia. The school sprang from an accident, a literal one that befell Oyster in 1996. The up-and-coming professional competitive cyclist suffered a crash that eliminated his chances for the Olympic team. Oyster retreated to his hobby, fly fishing, but soon realized he needed to choose another career. He turned to guiding, teaching lessons, and making flies, but it wasn’t enough.

“Bill had studied aerospace, English literature, philosophy, and studio art while at Georgia Tech and the University of Florida,” says his wife, Shannen. “I knew my husband needed something that would challenge him, something that would use his vast knowledge and artistic skills.”

Around the same time, Oyster had become fascinated with the classic manual bamboo rod, an American standard stretching back to the 1800s. Wanting to make his own, he discovered that no instructions were available and found the few old-time artisans still around unwilling to share their knowledge.

Scouring libraries and fishing shops eventually produced a thin catch: a few videotapes and, later, a battered copy titled “A Master’s Guide to Building a Bamboo Fly Rod.” Learning from these, he worked for six months to finish his first project, but to great disappointment.

Tapping his competitive genes, he upped his work intensity and improved his skills through trial and error. Others took notice and started to ask him to make rods for sale. After an Atlanta newspaper featured him in a story, Oyster got calls from many interested parties.

Custom hand-engraving of the hardware came next, today the signature of an Oyster rod. A Georgia charity organization ordered a rod for auction, intent on adding Jimmy Carter’s autograph. The former president first tried casting and fishing with the rod, then asked for one of his own. Oyster fulfilled Carter’s wish, adding the engraved grip with the presidential seal.

By 2000, Oyster was working long hours with too little profit. He started teaching others to make rods, beginning with classes in his basement. His reputation grew, and he purchased the Blue Ridge property.

Each student in Oyster’s class begins with a piece of bamboo — but no ordinary stalk of cane. Oyster’s stock comes from a 30-acre plot in Tolkin, China, chosen for its tensile strength that’s greater than steel. The process involves cutting and planing 24 pieces of bamboo to within one-thousandth of an inch, barely wider than a strand of hair. The pieces are glued together and wrapped with silk thread. After sitting overnight, the hexagon shape that runs down the core of the rod becomes visible.

Oyster and his assistant, Riley Gudakunst, closely oversee the students. They added a new teaching tool during the pandemic to avoid close contact. Riley shoots live videos of the teacher projected to monitors around the workstations. It gives each participant a laser-focused view of the process.

No clicking of heels or shortcuts, the project takes students six full days of 8:30 a.m. to 5:30 p.m. work. They leave with a sense of pride and a treasured heirloom.

“By the time they finish,” Oyster says, “I often see grown men cry.”

“This project was the hardest I’ve ever worked to build anything, and I’ve built many things, including guns,” says student John Dinkins from Jackson, Mississippi. “The class became empowering and gave me confidence.”

Melinda Smith, the only female in the class, agreed. They both hope to return a second time. A father/son team, Bradley and Collin Bertram, attended from Augusta, Georgia. The 21 year old and his dad previously built a kayak. Collin rated the bamboo rod class “a 10 out of 10.”

Camaraderie builds as the week progresses, some students becoming lifelong friends and fishing buddies, like Keith Hill of Seneca and James Looper of Pickens, South Carolina.

In addition to teaching the classes, Oyster fashions between 40 and 60 rods per year, most high-end custom orders. Clients have included professional athletes, famous writers, and billionaires, whose identity he fiercely protects. Most of these highly coveted rods start around $5,000, with some fetching as much as $30,000. In addition, Oyster also organizes fishing expeditions.