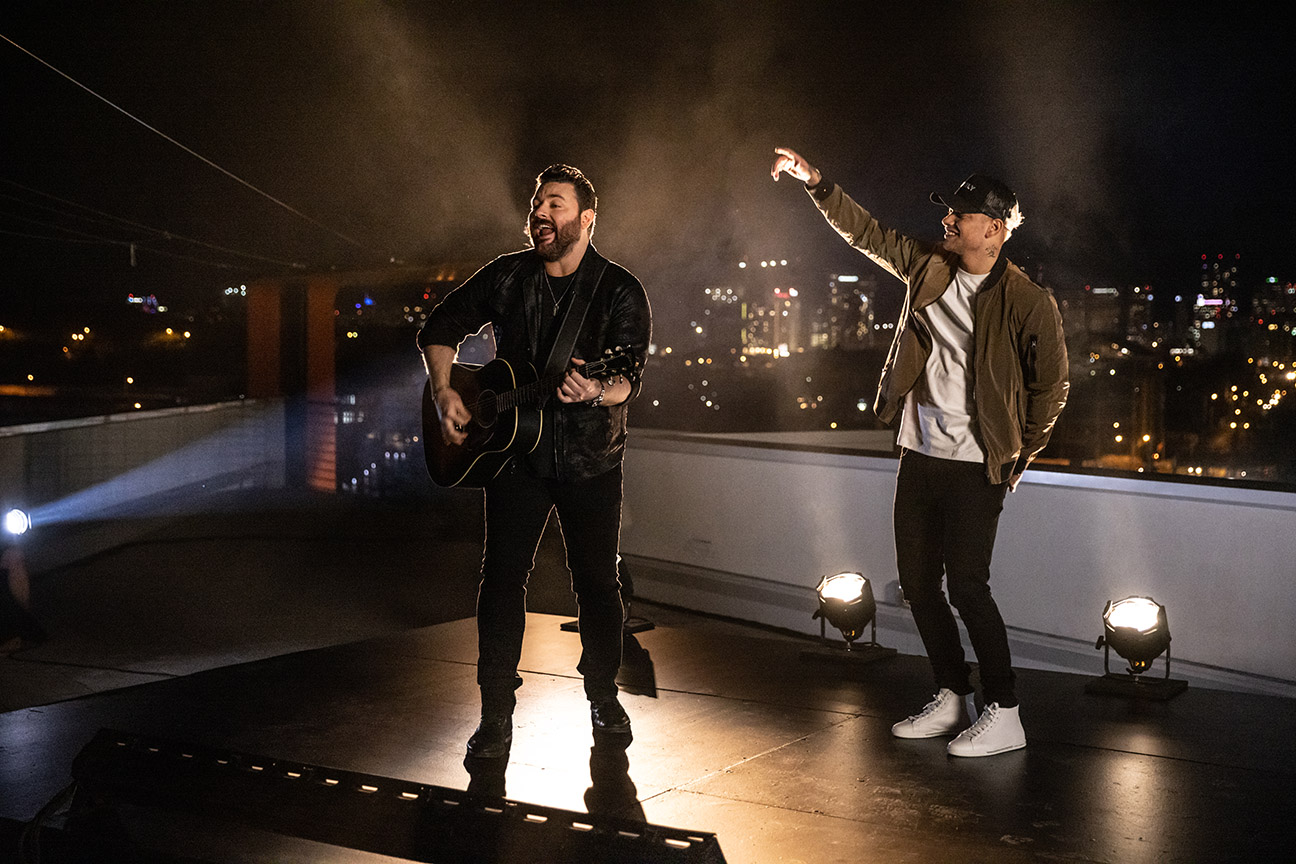 Chris Young shares the stories behind his ‘Famous Friends’ collaboration with Kane Brown.

2021 has turned out to be a pretty good year for Chris Young.

He watched his “Famous Friends” duet with fellow artist, Kane Brown, become one of the fastest climbing singles he’s ever had. The smash hit also won CMT’s Collaborative Video of the Year Award in June. After a lengthy moratorium on touring due to COVID-19, Young is back on the road performing before enthusiastic crowds across the country. And this month (on Aug. 6), Young releases his first new album in four years.

“I’m just thrilled about it,” he says. “This has been the longest gap I’ve ever had in getting new music into people’s hands. I love the album and can’t wait for people to get to hear it.”

The album, called “Famous Friends” like its popular title track, features 14 songs with all but one of them co-written by Young. While the coronavirus lockdown posed a number of challenges, he says if there was any bright spot, it was the extended amount of time it gave him to write, look for meaningful songs, and work a little more on the producing end with some of his music.

“There’s love songs, there’s break-up songs, then there’s something like ‘Raised on Country’ which talks about my (musical) influences on radio growing up,” Young says.

That song, in particular, highlights Young’s love of traditional country music, with references to artists he’s always looked up to like Merle Haggard, Willie Nelson, and George Strait.

Then there’s the popular, catchy, title track with has an interesting twist. At first, a song called “Famous Friends” might lead some to believe it’s about Young’s famous “country music” friends. However, it focuses on some of the special people who knew him “before” he made it big.

​“It’s a song that spotlights the people that are ‘famous’ to you that you grew up with,” he explains. “Everybody else might not know them, but you know them, and they helped shape who you are.”

For Young, who hit the music scene after winning season four of the “Nashville Star” TV show in 2006, getting the chance to highlight some of those who “knew him when,” was a lot of fun.

“They were all excited,” he says. “There was only a couple of them who didn’t know about it beforehand. One guy in particular hit me up and was like, ‘Is that me you’re talking about? And I was like, ‘Yep, it sure is!’”

After writing the song, Young asked friend and fellow artist, Kane Brown, to sing it with him. They revised the lyrics, which already had references to Rutherford County, Tenn. (where Young grew up), to include Hamilton County, Tenn. (where Brown is from). The song also mentions Nashville’s Davidson County.

The music video, which won this year’s CMT award, shows Young and Kane singing from a rooftop overlooking Music City, and includes shots of some of those real-life friends.

Since bursting onto the country music scene 15 years ago, it’s been a steady ride for Young. He’s had a stream of No. 1 hits, been inducted into the Grand Ole Opry, and so far, had the rare opportunity to stay with the same record label his entire career.

“You can put in all the work in the world and some of that stuff is going to be out of your hands,” Young explains. “The fact that I’ve been able to stay at one label my entire career has been very cool because you don’t hear those stories very often. You hear more about people moving around or getting to a point where, okay, now it’s time to go our separate ways. That may happen at some point, but the fact that I’m still here means something. When I started my career, my first three songs were not hits. None of them even broke 37 on the charts. So, the fact that I can look back at all of these No. 1s and Top 5s and other gold singles that may not have even been on radio, is just wonderful.”

A powerful vocalist, Young’s talent as a songwriter has also helped cement his strength as an artist. One song on the album called “Drowning” touches on the loss of a close friend.

“That was a tough song to write, but it was very cathartic,” he says. “It was about a buddy of mine I lost many years ago in a car accident. He was there one day and the next day he was gone, and I’d never really dealt with that sort of loss before.”

Young got together with co-writers Corey Crowder and Josh Hoge and they wrote a song to touch on dealing with grief over the loss of someone gone way too soon.

“Whether it’s a close friend or a family member, most people at some point in their life have that instance where they lose somebody,” Young says. “And one of the things about grief is sometimes it’s not all at once and then it goes away. It comes in waves and goes back and forth and it’s something you continually get through.”

The song, which was an early release, has resonated with many of Young’s fans.

“A lot of people have come up to me and said they needed the song,” he says. “And that means the world to me.”

His ability to connect with people — through music, as well as his personal and professional relationships, — has only added to his staying power as an artist. Just like his “Famous Friends” song suggests, he hasn’t forgotten where he came from. In January, he returned to Middle Tennessee State University in Murfreesboro for the grand opening of a learning lab and entertainment center that bears his name. It came nearly two years after he donated $50,000 to renovate an older building on campus for its use. He’s been honored to work with the school on a number of things.

As Young looks ahead to the release of the new album, he’s grateful for an incredible year, so far.

“Seeing the success of the single has been great,” he says. “And I know it sounds trivial because I’ve been really lucky to have the number of albums I’ve had, but putting out new music is always exciting. After a year-and-a-half away from performing and everything else, now with it all starting back up, it feels really special. And I’m not going to take any of it for granted.”