Feasts for the Senses 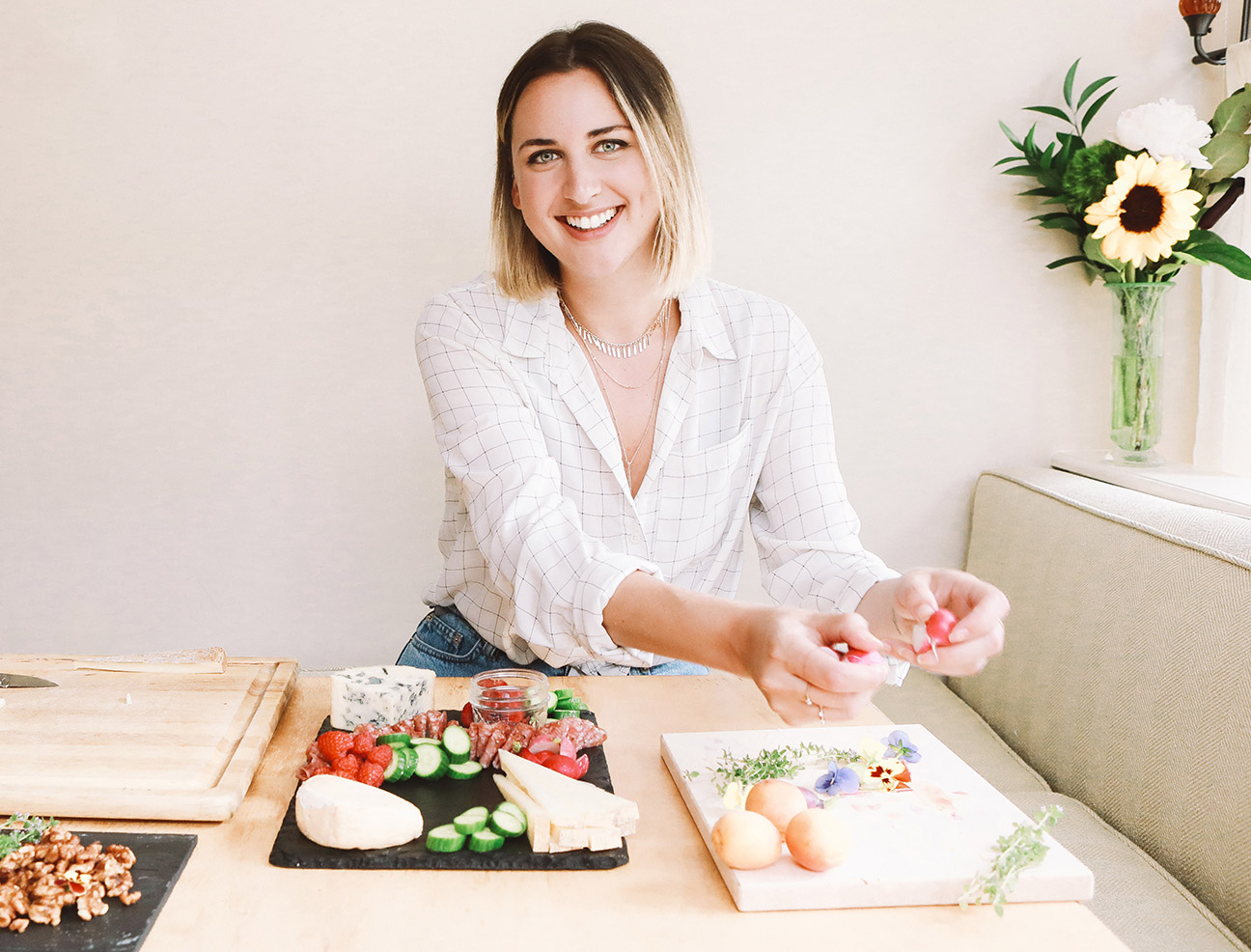 From small, casual get-togethers to elegant receptions, charcuterie boards are the rage among hostesses looking to provide dinner-worthy displays, not to mention Instagram- worthy photos.

Charcuterie – an elegant word that rolls off the tongue and causes many a partygoer to overstuff on delicious meats and cheeses. The word is French so, of course, it’s more sophisticated than “grazing boards,” another term often used to describe these delicious and often picture-perfect displays.

​ The word charcuterie comes from two French words: ‘chair’ meaning flesh and ‘cuite’ meaning cooked. Although France turned charcuterie into an art form, the Romans were the first to standardize pork butchery and trade.

​“I feel like it was extended by the Italians with their ability to preserve meats,” says Cole Ellis, the James Beard Award-nominated chef at the Delta Meat Market in Cleveland, Miss. “Both the Italians and the Spaniards were into preserving and curing meats before the French.”

​ Regardless of whether it was the French or the Italians who started serving a variety of meats and cheeses on platters, the trend has skyrocketed. However, it’s not a new concept – the idea of serving meats cured with salt trickled into the Americas hundreds of years ago.

​“Many people lived remotely and had to dry or salt cure foods for preservation,” adds Ellis.

​But now charcuterie has become more than meats meant for subsistence. The elaborate boards or trays contain not only meat, but also cheeses, fruits, and breads or crackers. They have also become a social media phenomenon among food bloggers and Instagram influencers.

​ Marissa Mullen, who wrote the book “That Cheese Plate Will Change Your Life” and created a colorful Instagram page called “Cheese by Numbers,” believes it’s important to feature a range of cheeses and accoutrements.

​ “A great charcuterie board includes variety, thoughtful flavor pairings and a dash of creativity,” she says. “I like to partner cheese with a cured or aged meat, like salami or prosciutto.”

Mullen coined the term “Salami River,” a signature meat-folding technique seen on most of her creations.

​ “Folding the meat creates texture dimension,” she explains. “Adding fresh fruits, dried fruits, and vegetables make for simple and colorful details. I’ll also add jam, honey or mustard to the plate to make for unique complexities and savory pairings. Last but not least, I always like to add a garnish for the finishing touches. Something simple like fresh thyme or rosemary does the trick!”

​ Both Mullen and Ellis have seen many trendy charcuterie boards in recent months, like the “charcuterie chalet” that popped up last year before the holidays. Designed like a gingerbread house, the meats and cheeses are used to build the chalet.  However, neither are big fans of that trend.

​ “I like to stick with boards for the most part,” says Mullin.

​ Ellis agrees that the cutesy displays may be great for photographs, but they compromise the flavors of the items.

​ “I make it so that you can taste a variety of things,” he says. “From a chef’s standpoint, I’m looking for a variety of tastes and characteristics. I want my ham to taste like ham, not 10 different things stacked on it.”

On the charcuterie boards from Delta Meat Market, Ellis takes a basic foundation and builds from there. He begins with three different kinds of meat, usually a fermented salami, fresh sausage, and a muscle – a meat that is not ground. He then adds two or three cheeses, a complementary jam, crackers or breads. His personal favorite is grilled sourdough bread. And he always incorporates fresh or dried fruit and berries.

“I start with these basics and use the ingredients that are in season and available to us at the time. Same thing with salamis; we use what we make,” explains Ellis who first opened Delta Meat Market in 2013 as a butcher shop and boutique grocer of specialty meat, cheese and artisan goods. He has since expanded it into a full-service, casual restaurant located in Cleveland’s Cotton House Hotel.

​ For this time of year, Ellis likes to make charcuterie boards with beef. “One thing that pops up in stores now is summer sausage, which is a beef product. Bresaola is also perfect for now.”

​ Fresh and in-season are also mainstays for Mullen. In the winter, she adds dried figs and cherries for a sweet compliment to creamy cheeses, like brie, camembert, or soft-ripened goat cheese. While Mullen also uses cured and aged meat, like salami or prosciutto, her boards are built around cheeses. So much so that she invented her now-famous Cheese-by-Numbers method, which breaks down a cheese plate in six simple steps.

​ “I’m a very visual person, so I sketched one of my boards and numbered the categories, a hybrid between paint-by-numbers and an organized shopping list,” explains Mullen. The categories are as follows: 1-cheese, 2-meat, 3-produce, 4-crunch, 5-dip, 6-garnish. By building the board in this order, the items come together beautifully.”

She adds that her Cheese-by-Numbers method takes the guesswork out of creating an Instagram-worthy board.

​“I believe that everyone’s creativity shines on their own plate, so naturally every plate will look different. There’s no reason to be intimidated,” she says.

​When building charcuterie boards, Ellis focuses on the meats while Mullen concentrates on cheeses. Both talk about the importance of freshness and the support of local vendors. Delta Meat Market has been recognized nationally for its butchery program.

​“Delis and butchers will give you what you need [for an excellent charcuterie] and it will be fresh,” says Ellis.

​“I hope that people will continue to support and purchase artisanal cheeses from local U.S. cheesemakers, especially those who are struggling in the time of COVID,” says Mullen.

Chef Cole Ellis offers these tips for putting together a great charcuterie. And if you don’t want to make it yourself, just order one from him at the Delta Meat Market.

1. Start with the basics so you can have a well-rounded platter.

2. Buy small increments, only what you will need. Once salami is sliced, for instance, the integrity deteriorates after it’s been refrigerated.

3. Place things together that complement each other. Fruits should go next to smoky meats; mustard next to salami.

4. Think about how you want the person to eat the plate.

5. Gravitate more toward functional versus making it cute.

Are you eating a charcuterie or a crudité? An appetizer or an hors d’oeuvre? Or possibly, it’s a canapé. Here’s a quick glossary to help you know the difference.

Canapé – a small piece of bread or pastry with a savory topping, often served with drinks at a reception or formal party.

Charcuterie – the definition literally means ham, sausage, and other sliced meats or the place that sells those items. They often take the place of an appetizer at the meal.

Appetizer – Meant to stimulate the appetite, appetizers tend to indicate the beginning of the meal. They are usually chosen specifically to complement the courses that will follow.

Hors d’oeuvre – another French term that translates to “outside the meal.” It’s generally a one-bite item that’s served separate from or prior to a meal.