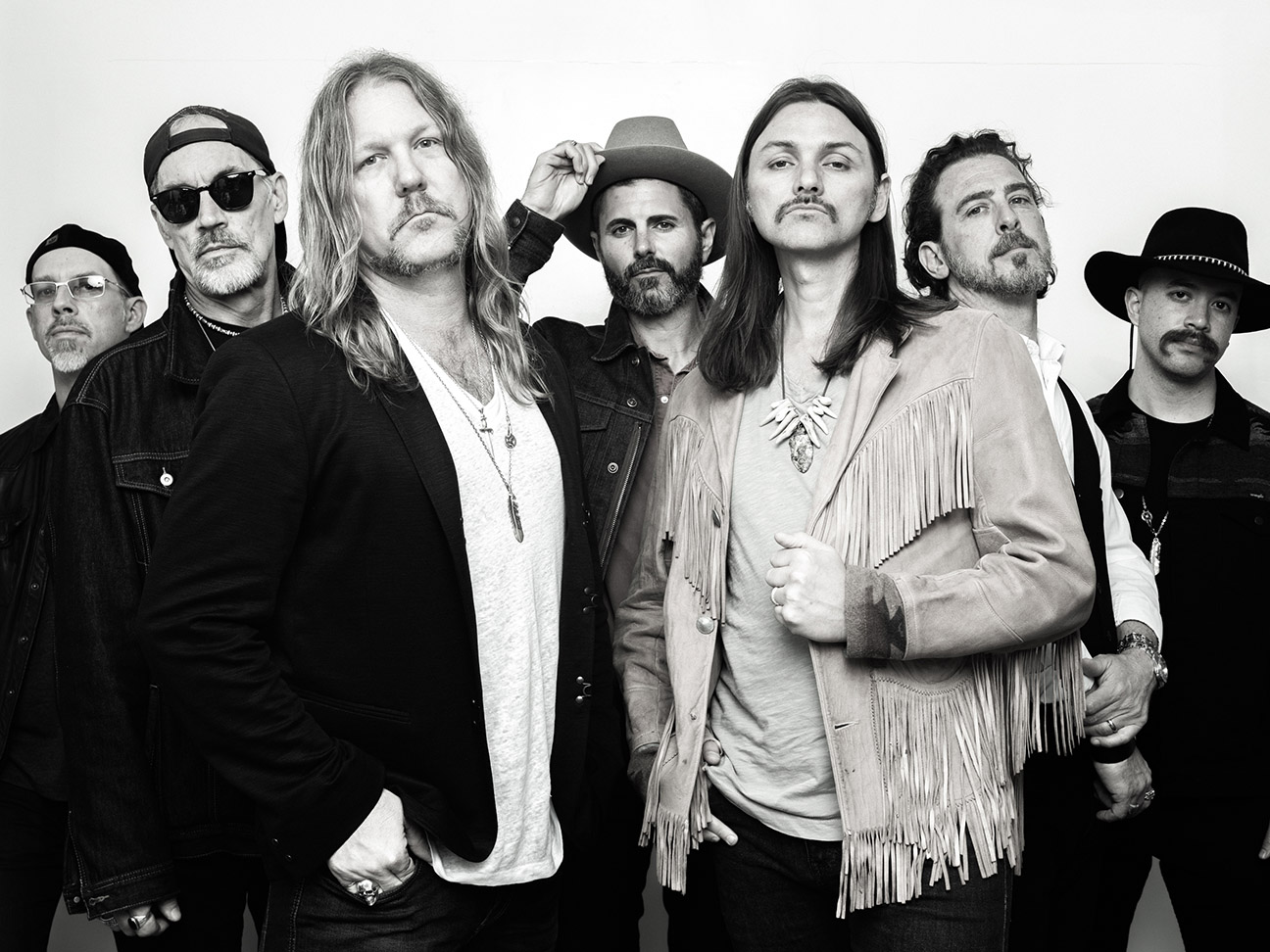 Children of musical greats, Devon Allman and Duane Betts begin their own chapter in The Allman Brothers Band saga.

Native Americans swore the Tennessee River “sang” as it wound its way through northern Alabama, where today the cities of Muscle Shoals and Florence exist.

“They say that the magic in Muscle Shoals comes from that river,” says Devon Allman, co-leader of the Southern rock supergroup The Allman Betts Band.

There’s no question the Alabama River proved magical for Duane Allman, his late uncle, who made his name as a session guitar player for Aretha Franklin and Wilson Pickett not far from its banks. That’s also where he began to sow the seeds for The Allman Brothers Band, the jam-rock juggernaut that included Devon’s father, Gregg Allman, and a second guitar player named Dickey Betts.

So, when Devon teamed up with Duane Betts, Dickey’s son, to form The Allman Betts Band in 2018, Muscle Shoals was the natural place to begin. “Down to the River” recorded at Muscle Shoals Sound Studio reaffirmed the legacy established by their fathers while forging a new chapter together.

“We felt like we were adding our little bit to the story,” Allman says.

The real origins of The Allman Betts Band began much earlier, though, when their fathers reunited for the 20th anniversary of The Allman Brothers Band in 1989. With their hard-partying days behind them, the band members brought their families along for the ride.

On the trek, Devon became fast friends with Duane and Berry Oakley Jr., the latter named for his bass-playing father, and the three bonded over their mutual love of music.

“It was much more of a family affair for them [at that point],” recalls Allman. “I was 17. Oakley was 16 or 17, and Betts was 12 or something like that, but that’s where we all met and hung out and kind of got to know each other.

“We always thought it would be cool to join forces, but it was never a have-to; it was always a want-to. I’m glad we waited, because now we start this band as seasoned musicians that are ready to jump right out of the gate instead of kind of finding our way or learning as we go.”

After that tour, their paths continued to cross. Betts picked up guitar at 14 and was sitting in with The Allman Brothers Band by the mid-1990s, including the band’s performance at Woodstock 1994. Two years later, he teamed with Oakley in the Oakley Krieger Band, before playing with his father in Great Southern and later joining Dawes.

Allman followed a similar path, forming the band Honeytribe in the late ’90s and teaming with Cyril Neville in Royal Southern Brotherhood. Both artists were touring with solo bands when Allman invited Betts to open some shows for him in 2018.

“I’d do a little opening set, and then I would sit in with him and we’d do this rotating-doors jam thing throughout his set,” Betts recalls. “And that was the beginning of the process that led to The Allman Betts Band.”

When Allman and Betts officially united under their new moniker — which gives more than a subtle hat-tip to their parents’ legacy — their old friend Berry Oakley Jr. came onboard as bass guitarist. Over the last two years, the band members have grown tighter as friends and musicians.

Alongside songs from “Down to the Water,” the band regularly peppers their sets with Allman Brothers Band classics like “Blue Sky” and “Ain’t Wastin Time No More.” It’s important to play those songs, according to Allman, even though they’re not a nostalgia or legacy band.

“We’re truly a band because we have legit chemistry,” he says. “What accompanies that, being who we are, is that we are carrying on a legacy. Allman Brothers fans are going to come see us because they’re curious or because they want a reminder of the past, and that’s beautiful and amazing. That legacy is something to be very proud of. It means so much to so many people, but the core of the equation is that we have chemistry and we wanted to just start a band.”

That chemistry shines through on the band’s new second album, “Bless Your Heart.” The band locks in on extended jams like the 12-minute “Savannah’s Dream,” which mixes jazz and rock influences as their forebears did on classics like “In Memory of Elizabeth Reed.”

Allman and Betts pass the microphone back and forth across the album’s 13 songs, just like their fathers did throughout The Allman Brothers Band’s history.

“We knew that if we ever wanted to work together, we’d want to kind of pass the ball around,” Allman says. “But I’ll tell you this, if there were no songs, there would have never been a band.”

Allman knew he didn’t want to have prescribed ideas about song length and structure. As a result, the band approached the songs organically. The process of writing and working out the new songs together, as a band, kept Betts’s fire lit.

“It seemed like every week there was a new peak, the new musical highlight of my career playing with this band,” he says, “because we’ve just really grown and there were some really, just nice musical moments. The vision is to keep pushing forward.”

Both Allman and Betts — and Oakley, for that matter — know a lot of musical history is packed into their names. But listening to The Allman Betts Band, there’s no baggage or strain from carrying that legacy. There is room enough to bring their own vision to life on top of the foundation their fathers built.

“The ultimate goal, for me, is to create something that I’m proud of, that I feel can stand the test of time and that touches people,” says Betts. “That’s what art is about. The whole point of writing a song is to have people relate to it and carry them through, or just make their day a little easier.”