1767 Designs: Making Art from Nashville’s Past 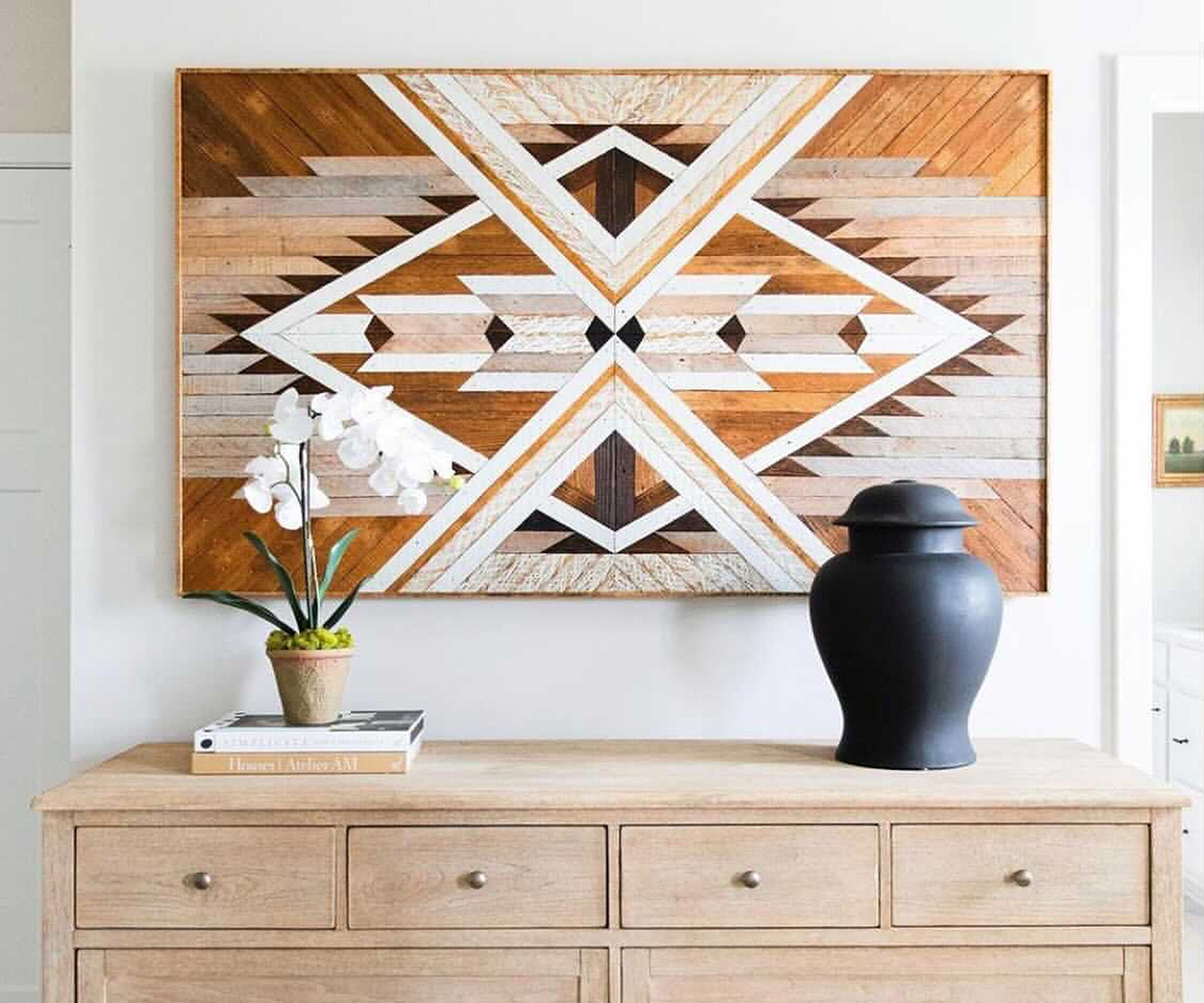 Former musician Patrick Hayes repurposes wood and other items salvaged from Nashville’s homes into beautiful works of art and furniture.

If you were to ask someone to name something that’s made in Nashville, that person undoubtedly would, without hesitation, say “music.” Perhaps they would be more specific and say “country music.” Ask that same person to name something made from Nashville and they’re likely to return a puzzled look. The oddly-worded question does, however, have an answer.

By salvaging wood from homes around Nashville that are destined to be torn down, and then using that wood to create artwork, the folks at Nashville’s 1767 Designs are literally making something from Nashville. The brainchild of Patrick Hayes, 1767 Designs came into being after Hayes noticed what was going on around him upon his arrival to Music City.

“When I first moved to Nashville, I saw the massive amount of redevelopment that was happening in the city,” Hayes explains. “I felt as though the homes that were being torn down deserved a better fate than ending up in the dump.”

Once he got the idea to repurpose these items, Hayes quickly jumped into action. “I’m never hesitant in life,” he says.

Most of the wood used at 1767 Designs is lathwork that’s found under the plaster in old homes.

“Our demo team typically can salvage wood from a house within a week, depending on the size of the house,” he says. “They carefully remove each piece of wood and then it comes back to the studio where we painstakingly pull tens of thousands of nails. Then we label and inventory it.”

The labeling of the wood is important because each piece of 1767 Designs artwork or furniture gives a shout-out to the wood’s origins. A recently-made small triangular artwork suitable for putting on a shelf or hanging on a wall, for example, is hand-marked denoting its vintage and its former address: 5201 Illinois Avenue, built in 1940.

The first piece that 1767 Designs created was a coffee table built from wood scrounged from a home that was being razed near Hayes’ first Nashville apartment. Now the woodworkers in the company’s 6,000-square-foot studio in East Nashville make furniture and wall art out of wood taken from more than 75 similarly condemned houses. Hayes says the company will continue to honor Nashville’s historic architecture, and that there’s no problem in keeping a good supply of reclaimed wood on hand.

“It’s not difficult,” Hayes says. “We’ve not run out in the eight years we’ve been in business and hope not to in the future. The wood mainly comes from East Nashville and the 12 South neighborhoods, but we’ve saved (wood from) homes from all over Nashville.”

More than a dozen unique 1767 Designs wall art pieces (and a serving tray too) are always available on the company’s website, each created with a nod to the Art Deco era or with a Southwestern motif. But custom pieces are a specialty, and Hayes, the company’s lead designer, will work with customers to design the perfect piece for home or office. Hayes did just that for country music star Billy Ray Cyrus and his design-oriented wife Tish and their home, itself a 1940s-era house that the couple fixed up and which now includes a beautiful kitchen table made by 1767 Designs.

Some of the wood that 1767 Designs repurposes may have come from a home once inhabited by a member of the Nashville music community.

“It’s really tough to say as most times we don’t get the backstory on the home itself,” Hayes notes. “But I wouldn’t be surprised if it has happened.”

Sometimes an owner of a vintage home will come to 1767 Designs when they’re doing a remodel. “We do this fairly often when someone is renovating a home and wants something made out of the wood.”

Hayes himself has a music business background and was a touring performer for many years. Four years after he stopped living the itinerant life of a touring musician, he returned to college for a degree in entrepreneurship. With 1767 Designs, he’s now reaping the benefit of that extra education.

The uniqueness of the company’s products and Hayes’ flair for marketing has led to an art collection exclusive to Pottery Barn that can be purchased on the store’s website, as well as wall art in the rooms of Nashville’s Urban Cowboy Bed & Breakfast. 1767 Designs artwork is also on display in The Continental, the newest restaurant from famed Chef Sean Brock that’s located inside the Grand Hyatt Nashville at Nashville Yards.

Keeping pieces of historic Nashville homes alive is the main focus for 1767 Designs and they are proud of both that history and the impact their reclamation work has on the environment. Not only do they keep tons of wood out of the landfill, they also often salvage steel, hammered copper, and leather that would otherwise end up in the trash.

Do Hayes and his demo team ever find anything unexpected during a reclamation operation?

“Nothing too crazy,” says Hayes. “Typically, people just leave behind unwanted junk. But every so often there’s a cool light fixture or old relic left behind.

“One time I found a loaded snub-nose Smith & Wesson 57 Special in a woman’s purse,” Hayes adds.

One can only imagine who the woman was, why she abandoned her firearm, and why she was carrying it in the first place. It’s a lost piece of Nashville’s past, probably from the seamier side of the city’s history. The old song “if walls could talk” comes to mind. Thanks to 1767 Designs, walls all over Nashville and beyond get to keep on talking.