Tennessee’s
War of
the Roses 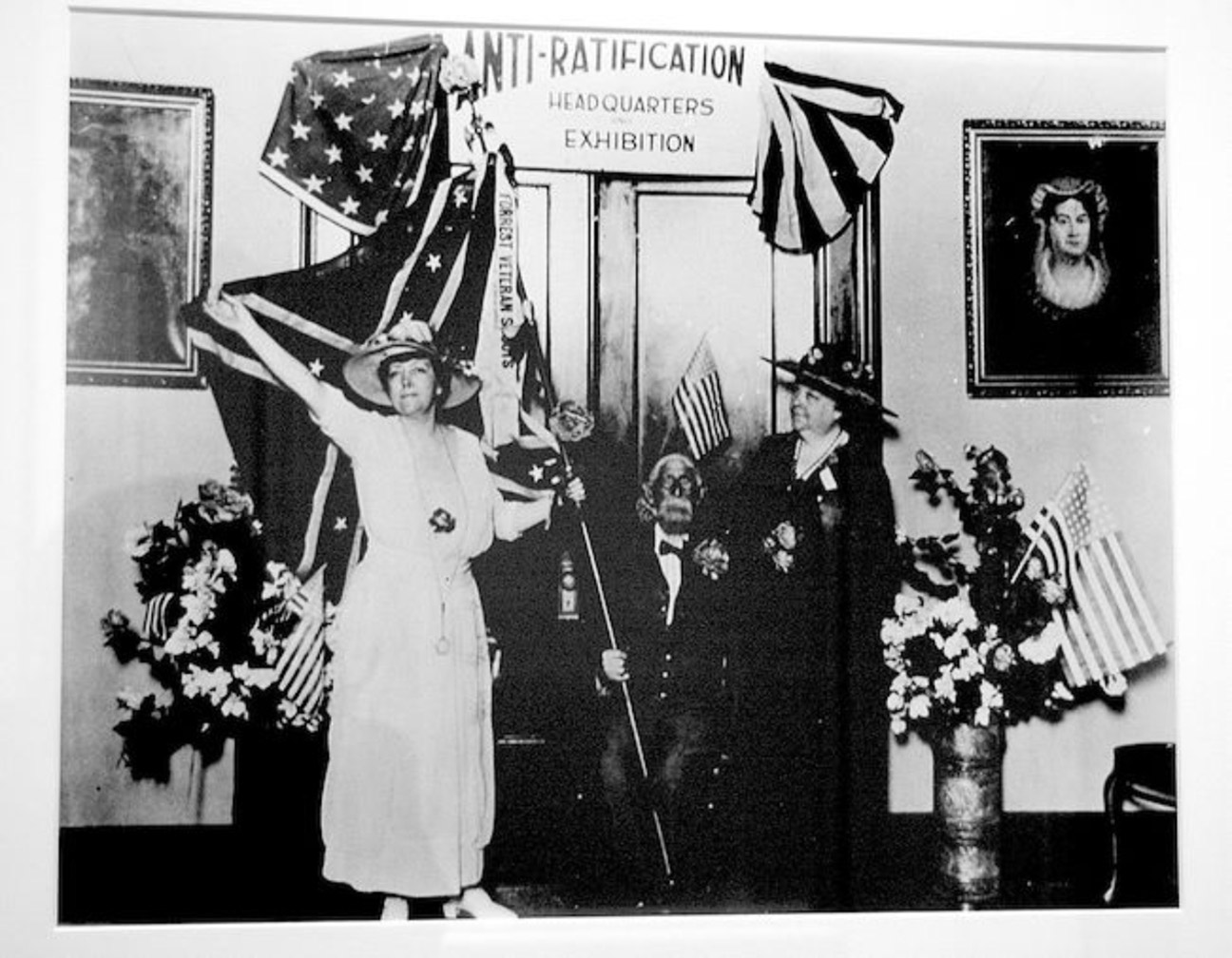 The 19th Amendment to the U.S. Constitution was ratified 100 years ago when Tennessee cast the deciding vote to allow women the right to vote. The contentious debate was symbolized by yellow and red roses.

The movement to gain women the right to vote in the United States started in the 1800s when women of many social situations — many of them mothers — rallied to the cause. They wrote letters, they marched, they demonstrated. They were spit upon and disgraced by their families and churches. Several went to jail, others injured in the fight.

“Winning the vote required 72 years of ceaseless agitation by three generations of dedicated, fearless suffragists who sought to overturn centuries of law and millennia of tradition concerning gender roles,” writes Elaine Weiss in “The Woman’s Hour: The Great Fight to Win the Vote.”

“The women who launched the movement were dead by the time it was completed; the women who secured its final success weren’t born when it began. It took more than 900 local, state, and national campaigns, involving tens of thousands of grassroots volunteers, financed by millions of dollars of mostly small (and a few large) donations by women across the country,” says Weiss in her book.

The day they had all been waiting for arrived one hot August in Tennessee. It was aided by one mother in particular.

Votes for Women!
After decades of citizens demanding that women be allowed to vote, the U.S. Congress passed the 19th Amendment to the Constitution on June 4, 1919. It read simply that “The right of citizens of the United States to vote shall not be denied or abridged by the United States or by any state on account of sex.”

Once passed by Congress, the amendment had to be ratified by 36 states to become law. By the summer of 1920, in an election year, 35 states had ratified, eight had rejected the amendment, and five had not voted.

One of those states in the balance was Tennessee.

Gov. Albert H. Roberts called a special session of the Tennessee Legislature to consider the issue with activists on both sides arriving in Nashville. Among the leaders of the suffrage movement were Carrie Catt, president of the National American Woman Suffrage Association and Josephine Pearson, president of the Tennessee State Association Opposed to Woman Suffrage. For six weeks, Tennessee legislators were met by thousands of women and men on both sides, many times events turning bitter and cruel as the days wore on, claims Weiss.

Supporters of suffrage wore yellow roses, opponents red, and the conflict was nicknamed Tennessee’s “War of the Roses.”

“The conflict quickly devolved into a vicious face-off, brimming with dirty tricks and cutting betrayals, sexist rancor, racial bigotry, booze, and the Bible, with the ghosts of the Civil War hovering over the proceedings and jitters lingering from the Great War amplifying the tension,” she writes.

The underlying fear of some opponents was that the amendment gave African American women the right to vote.

“The outcome remained in doubt until the very last moment,” Weiss adds.

That moment came in the form of State Rep. Harry Burn, who hailed from McMinn County where most of his constituents opposed suffrage. He stood with the “antis” in the hopes of getting re-elected but his heart favored his mother’s viewpoint of suffrage. The Senate had approved ratification by a large margin but the House appeared ready to vote it down. On Aug. 18, 1920, the day of the final vote in the House, Phoebe Ensminger Burn’s letter lingered in her son’s jacket pocket, an epistle from a college-educated woman. She encouraged her son to vote for suffrage.

When Chief John Green called for a vote in the Tennessee General Assembly to ratify the 19th Amendment, Burn listened to his mother and said, “Aye.”

His vote forced a tie that inspired others to vote the same. The amendment passed and the outcry so explosive that Catt heard the commotion from Suite 310 at The Hermitage Hotel two blocks away.

“I guarantee she had the hotel window opened and heard the cheers,” says Tom Vickstrom, Hermitage Hotel historian, adding that suffrage supporters later arrived at the Hermitage and sung “America.” The joy was unrestrained.

The Race Issue
The road to ratification moved swiftly through the country but hit snags when Southern legislatures took up the issue. Many worried it would allow female African Americans the right to vote. The suffrage movement itself struggled with race issues, sometimes resulting in separate organizations for black women.

Holly Springs, Miss., native Ida B. Wells formed the first black woman’s group, the Alpha Club, in support of both suffrage and other equality issues.

This year, the Oxford-North Mississippi League of Women Voters has created a multi-media presentation for Mississippi schools that explains the suffrage movement, including the role of African Americans such as Wells and their issues surrounding the right to vote in America.

“There were so many African American women involved in the movement,” said Linda Bishop, president of the Oxford-North Mississippi League. “And not every woman got the right to vote so we’re trying to correct the record on that.”

Celebrating 100th Years
This month marks the 100th anniversary of women winning the fight to vote and there are numerous events and places celebrating this milestone, including the Hermitage Hotel in Nashville. Many of the suffrage players, as well as Tennessee legislators resided at the Hermitage in August 1920.

“Both sides — the pros and the antis — stayed at the Hermitage and that’s what made it interesting,” says Vickstrom, adding that the hotel had 251 rooms. “The women were from all over the country. We were packed.”

Vickstrom will offer a Suffrage History Tour to Hermitage guests every Friday and Saturday through the end of August. Visitors to the historic hotel may enjoy a Suffrage High Tea and Suffrage Sundays at Capitol Grille with throwback dishes and suffrage-themed cocktails.

In addition, monuments, such as the Memphis Suffrage Monument titled “Equality Trailblazers” is scheduled to be unveiled this year. The monument at the University of Memphis Law School features 13 trailblazers such as Wells and Maxine Smith, NAACP executive director who registered large numbers of women to vote. The monument is part of the Tennessee Woman Suffrage Heritage Trail, the Memphis Heritage Trail and the National Vote for Women Trail.

Mississippi State will commemorate the anniversary with the exhibit, “Votes for Women! A Centennial Celebration of the Women’s Suffrage Movement in America” and the Tennessee State Museum in Nashville offers the exhibit “Ratified! Tennessee Women and the Right to Vote.”

The Oxford-North Mississippi League of Women Voters hope for a big celebration on Aug. 18 with a parade through Oxford’s square and an oversized birthday cake for all. Their educational program will be available this fall to be distributed to Mississippi schools, said Ruth O’Dell, chair of the League’s Centennial Committee.