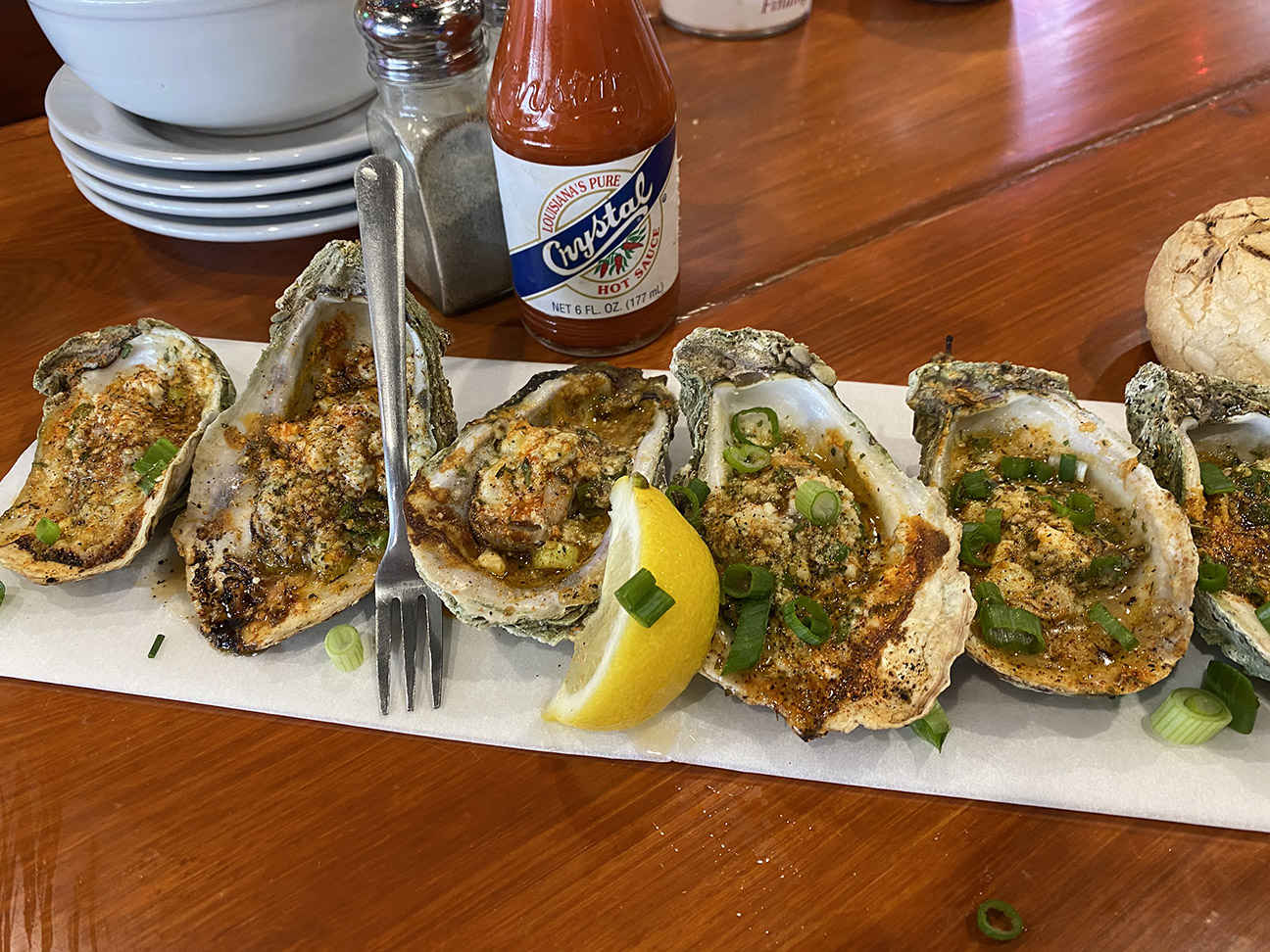 The Parish in Hernando

For anyone who has lived in North Mississippi for the last 20 years, the name Miles McMath means only one thing: good food. And not just any kind of food, but culinary traditions that are as rooted in the land as he is in the kitchen.

Raised in Alabama, McMath has never strayed from his Southern roots. He’s forged his career running several area restaurants in North Mississippi and Memphis, including managing the entire kitchen at St. Jude Children’s Research Hospital for a decade. In earlier days, he was instrumental in setting up Pearl’s Oyster House in Memphis and worked at Brennan’s in New Orleans. Most recently, McMath assumed managing Junior’s in Hernando, a well renowned meat-and-three establishment that has built a loyal following that never abated throughout 2020 and continues strong today.

“The plate lunch idea for Junior’s came from the Big Star in Hernando,” McMath says. “Everyone used to go there for those lunches.”

“I make it in 10-gallon batches, adding chopped oysters and shrimp,” he says.

For the adventurous, fresh turtle soup awaits. McMath doesn’t stop there, however, adding a crème brûlée as a final choice.

​ The oyster bar serves up ice cold raw oysters or chargrilled with butter, sherry, and Romano cheese. Rounding out the menu are soups, salads, catfish plates, seafood platters, and boiled crawfish and crab. In a throwback to his earlier days 20 years ago in Hernando, he offers the Timbeaux Salad, a mixture of fresh greens, bacon, a hard-cooked egg, tomatoes, green onions, and croutons tossed in a blue cheese dressing.

McMath chose the name for his latest restaurant for a reason — it’s an homage to St. Bernard Parish next to New Orleans.

“It’s known as ‘The Parish’ and I spent a lot of childhood memories eating on the west end of New Orleans,” he says.

​ He also preferred that the 60-seat restaurant be located in a commercial strip mall, another nod to the Bayou State.

“Down in Louisiana, there are these restaurants serving authentic foods but they’re in nondescript locations like strip malls or shopping centers,” McMath says. “Nothing fancy on the outside.”

While the idea of tackling a new venture from the ground up may seem born from a selfish interest, nothing could be further from the truth when it comes to McMath’s operations.

“I have great guys who work with me at Junior’s,” he says. “They’re really good employees but it’s a small place with no room to grow. So, I opened this restaurant and they run it.”

At age 50, it’s the ideal arrangement for McMath, who only wants to cook these days.

“I really want to spend time just cooking and with my family,” he says.

Behind that simple wish, however, still lurks an ambition that again puts everyone else ahead of his own self-interests — he supports men from Warriors Heart, creating work opportunities at both Junior’s and The Parish.

No matter the chapters of McMath’s culinary career, the one constant has been his dedication and lifelong interest in heritage foods. His future dreams include a homestead where he can raise food, keep animals, and continue living close to the land and local food traditions.

“I guess you could say I love the true traditions and learning the old ways,” he says. “Growing tomatoes, trading foods, keeping chickens or raising cows. It’s all about tracing the roots.”

​McMath’s three children have followed him around their entire lives, fishing with their father, hunting and cooking over open fires. Raised on poke salad, boiled pig’s feet, turnip greens with vinegar sauce, and buttermilk cornbread, McMath has never turned his back on his childhood.

“I call these taste memories,” he says. “I remember my mother’s table covered with wet wash clothes when cleaning pig’s feet.”

Until McMath heads out to pasture — literally — The Parish is his home, and since its opening the response has been more than favorable. Unlike other small businesses and restaurants struggling to keep employees as of late, The Parish has remained fully staffed.

​ “We’re very proud of our work and product,” he says.

The Parish only serves supper and reservations aren’t required, although tables fill up fast and hosts regularly maintain wait lists.