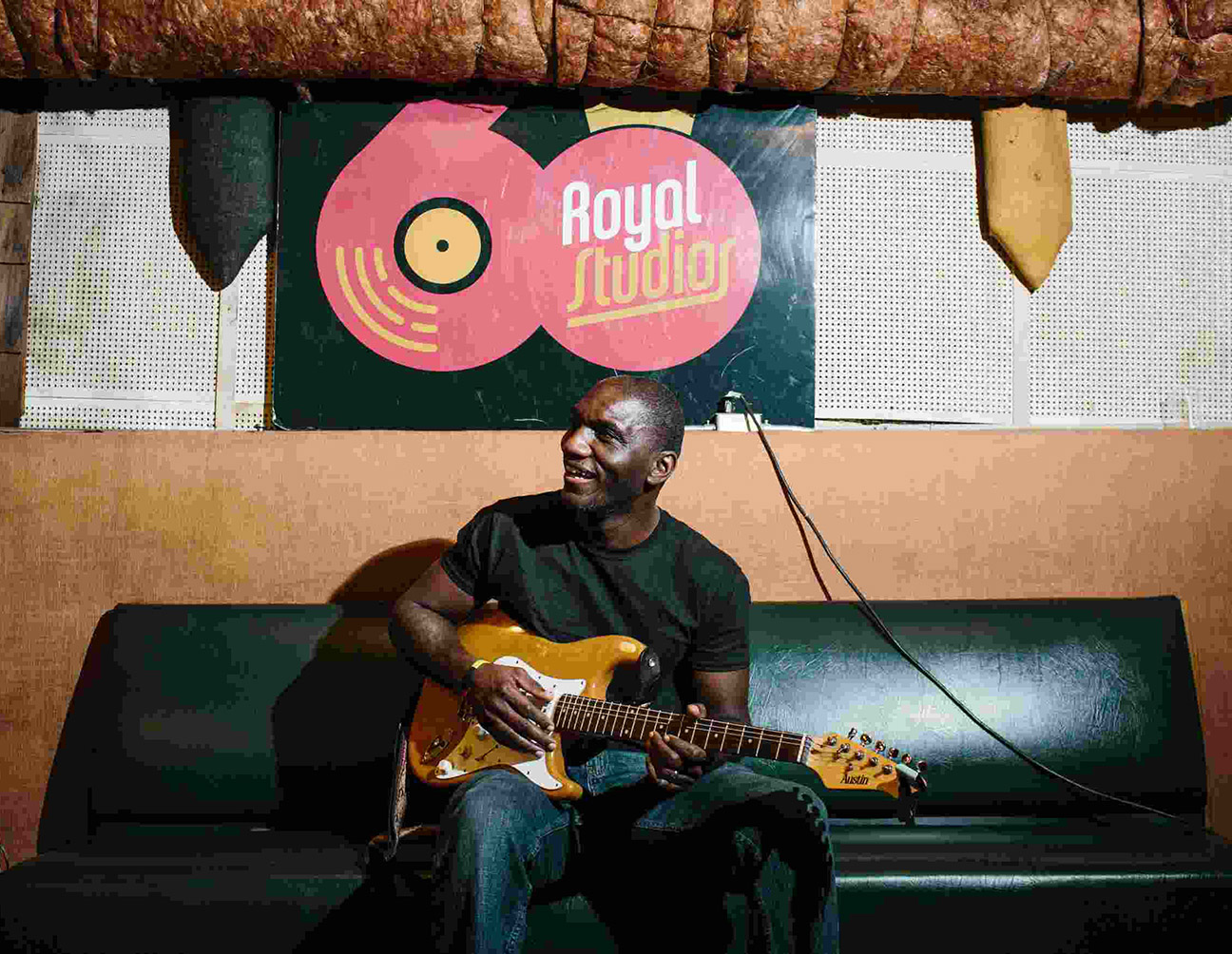 All in the Family

Cedric Burnside comes from a long line of honored musicians to carry on a Mississippi Hill Country blues tradition.

When the words “blues” and “Mississippi” are mentioned in the same sentence, there’s a pretty good chance that the style of music being referenced is the Delta blues, the sort popularized in its early days by players like Muddy Waters, Robert Johnson, Elmore James, and John Lee Hooker.

But there’s a distinctly different type of blues that rolls down from the Mississippi Hill Country in the northeastern part of the state. Some of the artists who worked in that sub-genre include Junior Kimbrough, “Mississippi” Fred McDowell, and the great R.L. Burnside. Today, the Mississippi Hill Country blues still resonates from a handful of artists, most notably singer, guitarist, and songwriter Cedric Burnside. Cedric comes from a long line of musicians, including his drummer father Calvin Jackson and his grandfather, R.L. Burnside.

Burnside says he realized early on that he was bound to be a professional blues man.

“As a little kid, six or seven years old, just watching my Big Daddy (R.L.) and dad and uncles play house parties, I knew this was something I wanted to do for the rest of my life,” says Burnside. “I just loved this music.”

By the age of 13, Cedric was on the road with his Big Daddy, playing drums and beginning to understand that the music was an important way to tell the world what life was like for Black folks in North Mississippi.

“I realized it later in life, in my 20s,” Burnside says. “A lady came up to me and she was crying and telling me that the music meant so much to her, that it brought her through hard times. She was so happy to have that music in her life. I knew in my heart that this music was very special, but seeing someone like that react to it really brought it home.”

With similar feelings about Burnside’s work prevailing for a long time now, it should come as no surprise that Burnside was recently awarded the 2021 National Endowment for the Arts National Heritage Fellowship. Like his extra-appreciative fan overcoming hardship thanks to his music, earning the award caused Burnside to get a bit of a lump in his throat.

“I’ve been nominated for Grammys and I’ve won a bunch of awards,” Burnside says. “But this right here is really special; I’m the youngest recipient and it means a lot to me. It means a lot to me that they look at me as a torchbearer of this musical style. It’s heartwarming. I’m glad to know that in 42 years that I’ve reached people that way. I’m honored that people notice.”

Burnside’s latest album is getting plenty of notice too. Recorded at Royal Studios in Memphis during the lockdown, “I Be Trying” rings true with the sound of Mississippi Hill Country blues on cuts like “The World Can Be So Cold” where Burnside’s words are accompanied only by his acoustic guitar playing, the reflection on personal change found in the title cut, and “Pretty Flowers” and “Step In” where rhythm and melody remind of where the music is ultimately from: Africa.

One of the sidemen on “I Be Trying” is Reed Watson, Burnside’s drummer and primary collaborator.

“Playing music with Cedric is what I imagine a cleanse must feel like,” Watson says. “All the negativity, pretense and nonsense that surrounds the music business is washed away when you are on stage with him; he doesn’t engage in that world. What Cedric does is make beautiful music conjured up from some place deep within his soul. All these folks in the South are trying to figure out how Hank Williams or Johnny Cash did something, which is fine, but Cedric is digging back to Africa. He’s a truly unique musician with something to say and I’m glad that people are starting to give him his flowers while he’s relatively young.”

Speaking of young, there’s a whole new generation of Burnsides set to carry on the family tradition. Burnside has three daughters, all of whom play drums and guitar. His youngest, 15-year-old Portrika, sings on one song on the new album, appropriately enough the title cut “I Be Trying.” Burnside expects that the girls will to some extent follow in his footsteps, especially Portrika.

“It was her first time but I doubt it’ll be the last. Portrika did a great job and she likes getting on stage and singing too,” he says.

Burnside will no doubt offer plenty of guidance for his offspring as their careers develop, some of which will be passed down from what grandfather R.L. Burnside told him.

“You can go through all kinds of situations, good and bad, but you have to learn how to get through those times the best way you can,” he says. “We’re always gonna go through hard times, but you gotta survive.”