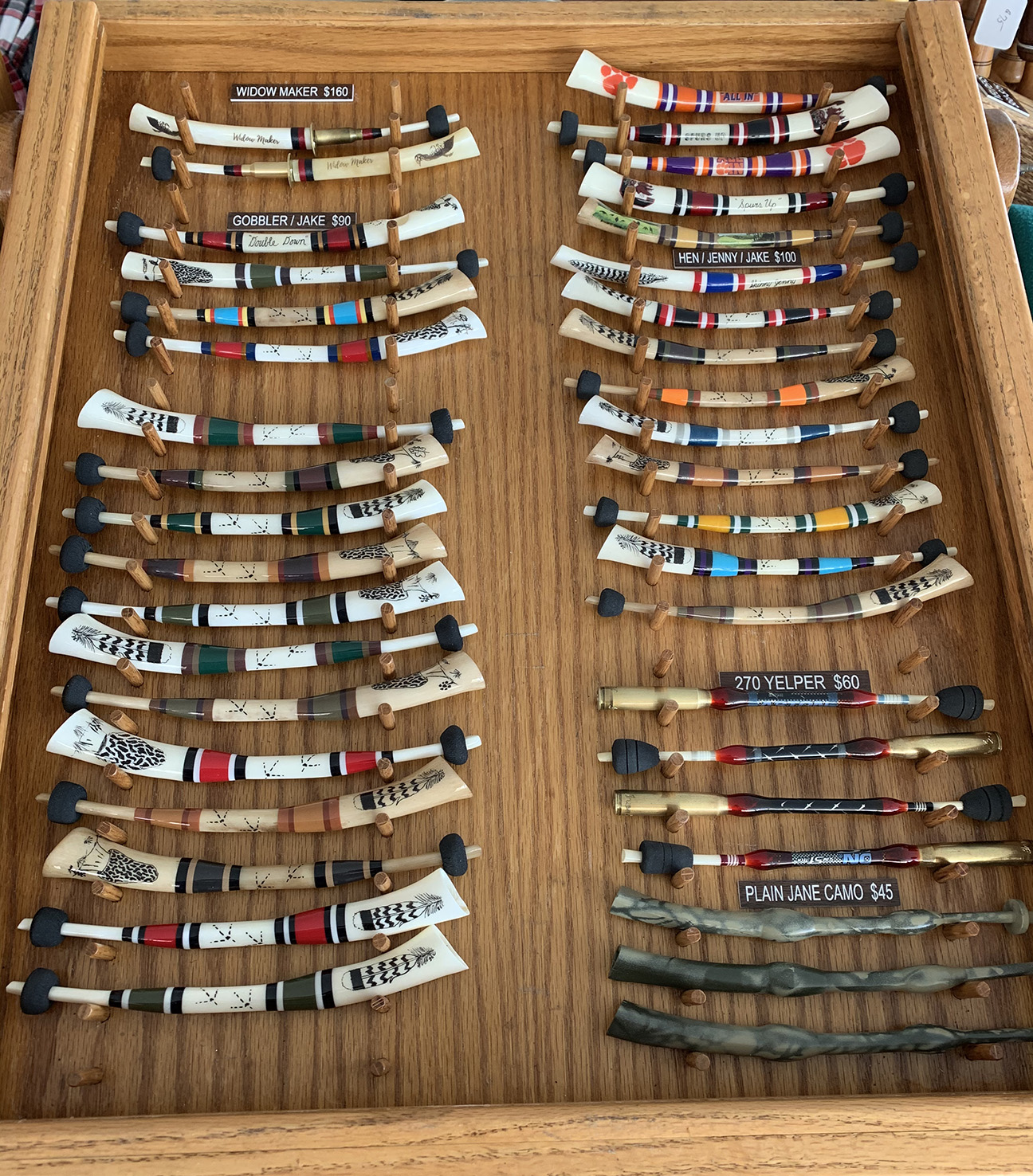 Knowing how to talk turkey is an artform that North Carolina’s Fred Cox has perfected.

Spring comes twice for turkey hunters. Once with the equinox, then again about two weeks later when spring gobbler season opens. For Reidsville, N.C.’s Fred Cox, this second spring means getting into the woods with his grandkids for the first day of youth-only hunting.

​This year he hopes to call in a big tom or two, drawing the birds close with calls of his own making. Maybe this year it’ll be his granddaughter who dispatches a strutter or his grandson who bags a big, bearded beauty for dinner. Regardless, Cox will be there, call in hand, ready to converse and say, “Food…hens…a rival male…this way, come see.”

​Cox knows how to talk turkey. He’s been calling them since 1969 (longer than many of us Southern Gentlemen here have been alive) and seriously making his own calls since 1995 as Grand Slam Turkey Calls. A lifelong outdoorsman, he caught the turkey bug in high school, when one of his teachers took him hunting.

​ “Oh, on that first trip into the woods, I was hooked,” says Cox. “Back then, North Carolina only had one turkey season — in fall — so you had to fill the year with something else, but all I wanted to do was get back in the woods and find some birds.”

​Filling those out-of-hunting-season days with something hunting-adjacent wasn’t difficult. Cox began to accompany his teacher to small gatherings of hunters, then to small trade shows, then to wildlife- and hunting-oriented dinners.

​Walking in to one such function at Alamance High School, Cox heard it: a yelp, then a cluck, then more yelps. Turkey! But he was in a gymnasium, not the woods, so it couldn’t be a turkey. Still, the sound was so lifelike. He had to know what made this noise. He followed the sound to a booth where a man held a turkey wing-bone call to his lips, pursed them, and called.

​ “It was about the purtiest sound I’d heard,” Cox says, not knowing that a few decades down the road, he’d be producing one of the most sought-after wing-bone calls in the South. In 2020, Grand Slam Turkey Calls was named Outdoors Runner-Up in Garden & Gun Magazine’s prestigious Made in the South Awards.

​“Standing in that gym, I never imagined I’d be making my own wingbone calls, much less that I’d be selling them,” he says.

Turkey calls come in many forms and Cox makes and sells most of them as Grand Slam Turkey Calls. There are diaphragms, which you wear like a retainer and manipulate with your breath. You’ve got friction calls, which use a striker rubbed against a metal plate or block of wood to create turkey-like sounds. Pot calls, which are a type of friction call, have a striker that you rub against a glass, ceramic or aluminum plate. Scratch boxes and box calls often use wood-on-wood to replicate calls, though you’ll find other materials from time to time. And then there are wingbones.

Wingbones are just that — a pair or trio of bones from a turkey’s wing, dried and cleaned and fitted together, then “played” for every tom and hen in earshot. Rather than use friction like many other calls, hunters place a wingbone against their lips like they’re going to play a recorder. Instead of pursing their lips and blowing, you cup your hands around the bottom of the call and suck air through the hollow bones. As you draw air through, the clucks and yelps that emerge are music to a turkey’s ears.

​“They’re simple calls, really, and an old design,” says Cox. “Wingbone calls — or what’s left of them — have been found by archaeologists excavating Native American villages. The oldest one found was about 6,500 years old.”

​ To make a wingbone call you need the radius, ulna, and humerus bones from a turkey’s wing. Clean the bones and clip off the ends, then boil them and clean out the marrow. From here, take some sandpaper and grind one end of the radius to fit into the ulna, and one end of the ulna to fit into the humerus. Your simple wingbone is essentially complete.

Cox builds his to last, taking care on the fit, gluing the pieces together, adding a little stopper to keep your lips in the right position, wrapping the joints in thread, and decorating the call with drawings inspired by the woods.

​Most years you’d find Cox setting up the Grand Slam Turkey Call booth at trade shows and outdoor expos, but this past year has been a bit different. Thanks to the Made in the South Awards, his online orders have been steady. But he’s not too busy to hunt. He’s got his eyes on the “grand slam” of turkey hunting. To do this Cox needs to bag each of the four species found in the United States: Eastern, Merriam’s, Osceola, and Rio Grande. He’s one away and needs only the Merriam to make his mark. As soon as it’s a good idea to travel, he’ll be headed to the Dakotas to pit his call against the last bird on his list.