Petals from the Past: Planting, Growing, Educating 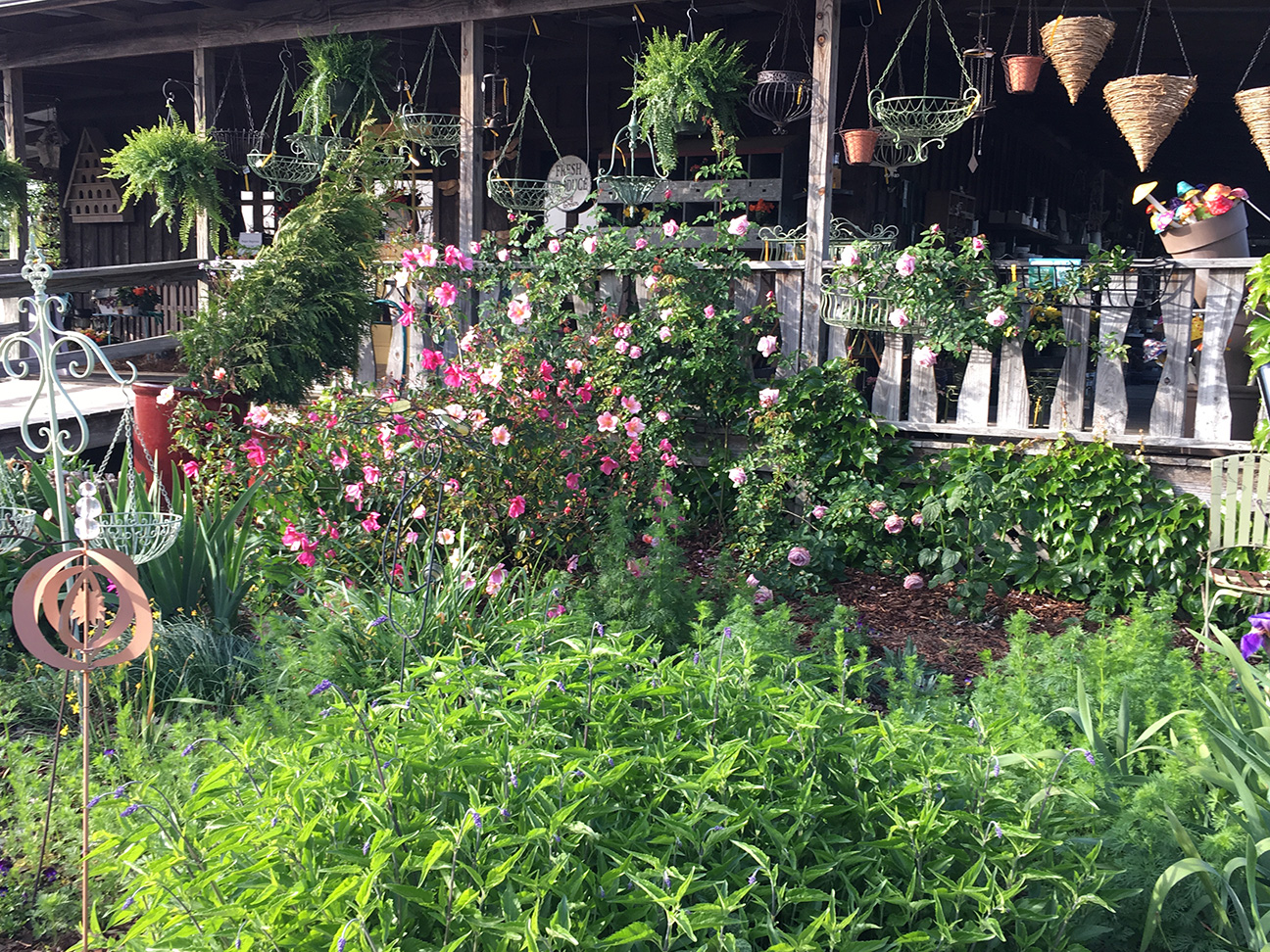 If you have gardening questions, Petals from the Past has the answers. Educating gardeners is a top priority for this family of horticulturists.

Jason Powell, co-owner of Petals from the Past Garden and Resource Center in Jemison, Ala., proudly declares that his wife Shelley can “identify a plant at 55 mph.” He believes she’s the most knowledgeable plants person he has ever met. That is making quite a statement since he and Shelley have graduate degrees in horticulture from Texas A&M, and his dad, Arlie Powell, has a doctorate in horticulture from the University of Florida and retired as Professor Emeritus from Auburn University.

All those degrees add up to an impressive wealth of knowledge merging to serve the customers who find their garden and resource center in this Central Alabama town south of Birmingham on Interstate 65. Two generations of Powells – including Jason’s mother, Gwen – have decades of gardening experience.

The entire family strives to provide customers with quality plants, along with the knowledge and tools they need to make those plants flourish.

“We want our gardeners to grow the plants and be successful,” says Gwen Powell. “Then, as they learn, we hope to see them venture into other plants, and share what they’ve learned with their friends.”

Judging by the full parking lot and bustling business witnessed during a mid-January visit, the Powells are succeeding in their number one mission of educating gardeners. Three other things were also evident: Petals from the Past has a solid reputation, folks drive from miles around even in the winter, and there’s a heightened interest in home gardening since the pandemic began.

In addition to gladly answering one-on-one questions from customers, Petals from the Past offers an array of on-site workshops as well as an online resource called “Garden Gossip.” A “Kids in the Garden” series is held monthly with such fun topics as creating a worm farm and making plant containers out of recycled materials.

Professor Powell is a fruit specialist, who is scheduled to offer a March workshop on the care and maintenance of citrus plants such as satsuma oranges, Meyer lemons, limes, and kumquats. In addition to his informative workshops, the retired educator is working on patents for several of his own developed plant varieties.

The company’s website lists future workshops and includes a form for making a reservation. A 100-seat education facility is located on the property, but with pandemic restrictions, the number of attendees is now limited to less than 50. Chairs are spaced six feet apart, and everyone is required to wear a mask.

Coupled with its commitment to education, Petals from the Past also specializes in heirloom plants, offering rare, heirloom, and native plants to its customers. Jason Powell decided to focus on heirloom plants because of the influence of Bill Welch, his professor and mentor at Texas A&M. Along with the formal training he received in Welch’s classes, Powell was also invited to work with him in a cottage garden Welch owned.

“The primary reason to use the plants our grandmothers grew is for their disease resistance, drought tolerance, and just general vigor,” the younger Powell says. “In addition to these characteristics, we often find fragrance particularly in the old garden roses.”

In terms of rare plants, Powell believes the Alabama Croton (Croton Alabamensis) is perhaps the rarest in their nursery. The Croton is native to the area and not difficult to grow, since it is tolerant to a wide range of soil pH levels and sun-to-partial shade, but it is somewhat difficult to propagate.

The most popular categories of plants from this nursery are perennials, fruit plants, and antique roses. They strive to offer plants that are not found in large, retail stores. The Powells do not offer off-site design services but regularly assist gardeners with design suggestions when they visit. The gardens may also be booked for weddings and receptions.

When asked his thoughts about organic gardening or the use of pesticides, Powell said that the gardening philosophy practiced at Petals from the Past is known as Best Management Practices.

“We choose tough varieties of plants suitable for our area, prepare the soil prior to planting, plant at the best time of year, and monitor for pest problems, Jason Powell says. “Then, if we encounter pests in large enough numbers to do damage, we use pesticides that are organic in nature first, if available, and use conventional pesticides if organic ones are not sufficient to correct the issue.”

Produce and plants resulting from these methods are sold off-site at Pepper Place Farmers Market in Birmingham, and deliveries are made to Birmingham’s top restaurants, including Bottega, Chez Fon Fon, Ovenbird, Hot and Hot Fish Club, Brick and Tin, and The Anvil Pub.

Gwen Powell makes the jams and preserves offered in the gift shop. Since her husband, Arlie, is a whiz with fruits, she wants the taste of those fruits to be the primary focus. She has perfected recipes that elevate the flavors of the fruits by reducing the amount of sugar. Other offerings in the shop include a large selection of seeds, garden tools and garden-themed gifts.

The city of Jemison has turned out to be a great location, but the journey of starting from scratch on this Chilton County plot of land with its acidic red clay soil to the present was a circuitous one. Jason Powell often traveled the area with his dad when he was home from college in the summers. At that time, his dad was the Extension Fruit Specialist in the College of Agriculture at Auburn. They met with a lot of peach growers, including Marvin Durbin of Durbin Farms, and his production manager, Steve Wilson.

As Powell was finishing grad school in Texas, Wilson learned of his desire to move back to Alabama and start a nursery. He agreed to sell some land and help him get started in exchange for Powell’s help in diversifying his own farm market. The younger Powells opened in 1994 on land that Durbin and Wilson once used as a plum orchard. They started literally from the ground up and are currently using 17 of the 45 acres available for development.

Plans for the immediate future include adding a retail greenhouse and constructing a pavilion to host school children who visit to experience an outdoor classroom.

The nursery also provides a mail order component, and the catalog of available plants can be found on the website. The center is open to the public Tuesday through Sunday, but they are closed on Monday, which is considered Shipping Day. They prefer not to ship anything larger than a one-gallon pot.

Whether you visit Petals from the Past in-person or online, the friendly, knowledgeable staff will inspire you to dig in the soil of your own backyard.