By Pamela A. Keene 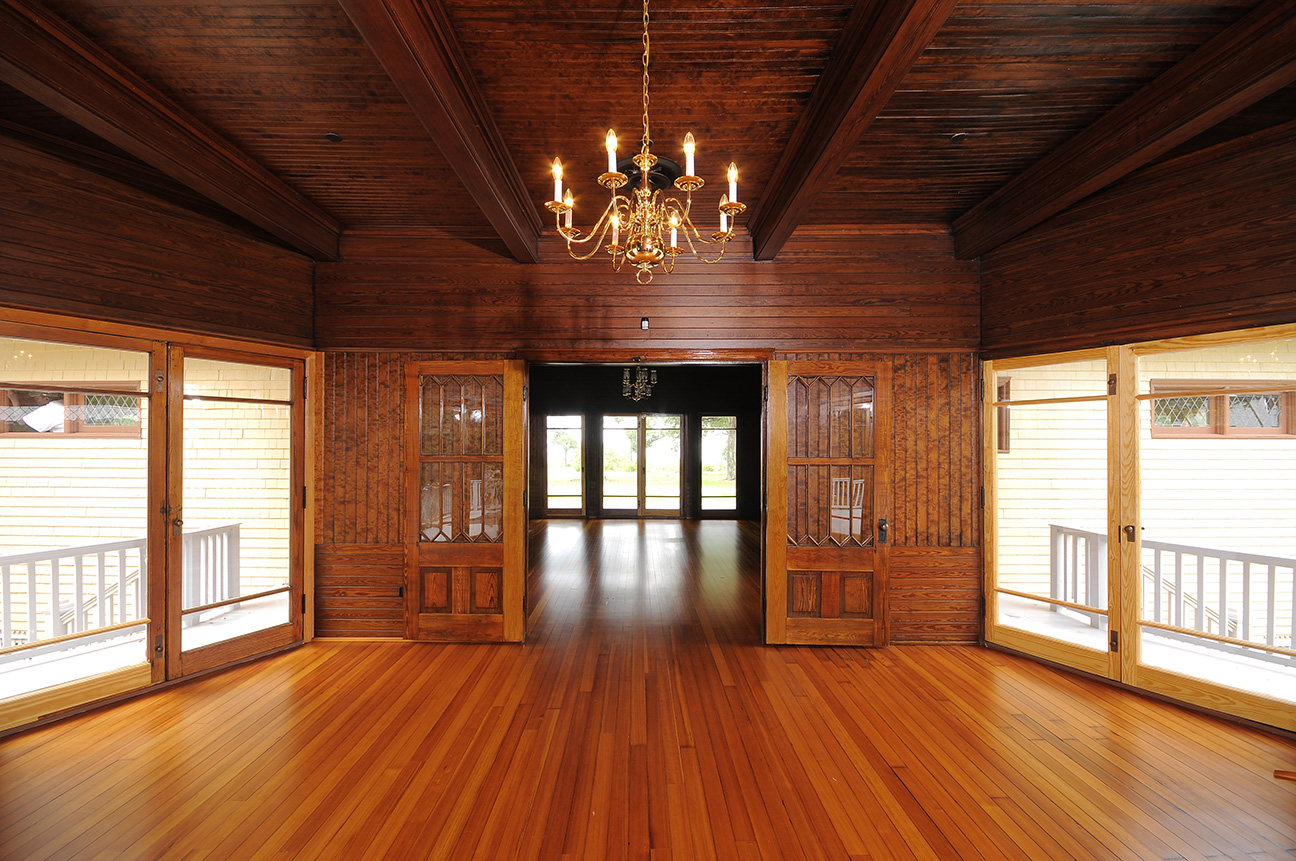 From historic and throw-back to ultra-modern, Ocean Springs showcases American architecture like few cities its size can. Not only are the styles diverse, the backstories alone are enough to entice visitors from across the United States and around the globe to spend time exploring this Coastal Mississippi town.

A Giant Jigsaw Puzzle
Winter retreats for the wealthy became the rage in the late 1800s into the early 1900s. In Ocean Springs, none attracts more attention today than what is known as the Charnley-Norwood House.

​Frank Lloyd Wright worked as lead draftsman for Chicago architectural firm of Adler & Sullivan when the company was hired to create a vacation cottage for James and Helen Charnley. Louis Sullivan is credited with designing the beach home, but Wright most likely was involved in the initial design. In fact, after Sullivan’s death, Wright took full credit.

​“The design represented a major departure from the then-popular Victorian style, particularly for residential building,” says Jeff Rosenberg, with the Mississippi Coast National Heritage Area. “Its horizontal cottage form was a radical change from all the soaring Victorians with their bric-a-brac and gingerbread embellishments.”

​ Built in 1890, the cottage today is much the same as it was in those days, which could be expected for a structure of fine design.

​“However, the building today is rather a miracle,” Rosenberg explains. “Not only was it destroyed by fire only seven years after it was built and immediately rebuilt with further refinements to reflect Sullivan’s ‘form follows function’ ethos, it also has had a complete restoration from immeasurable damage during Hurricane Katrina in 2005. Katrina knocked the house off the foundation, fragments of the porch were washed away, and parts of the home collapsed.

​“Community members and architectural preservationists came together to retrieve pieces, as small as exterior shingles to the largest piece — part of a rear wall of the east bedroom, eight feet tall by somewhere between 16 and 20 feet,” Rosenberg says. “The restoration was much like putting together a giant jigsaw puzzle.”

​The home was stabilized but no further work done until the state of Mississippi purchased it in 2011 and began the extensive restoration. Over several years, the home was once again brought back to its original form with its interior of rich long leaf and curly pine paneling. The exterior’s shingles and windows were restored as well.

​“This home represents so many intricacies of the early design of various 20th century residential styles, from the large porches to the use of triptych elements — windows in threes to let in maximum light, wood paneling in threes and the design itself,” Rosenberg says. “It’s a true architectural treasure.”

Motor Courts with a Modern Twist

In the 1950s and 1960s, Porter Avenue through the heart of Ocean Springs was lined with motor courts, most with pull-up parking and low buildings. Sometimes there was a pool in the parking lot.

​The Beatnik, one of the town’s newest lodging choices, was built as a refined revival of the motor court, but with plenty of modern twists.

​“As we looked at the history of Porter Avenue, we wondered what kind of stories it could tell,” says Roxy Condrey, owner and developer of The Beatnik and several other revitalization projects in the area with her husband Ted. “Bringing back the motor court concept was a natural evolution, but we wanted to modernize it with a plunge pool, clean lines with plenty of amenities, and close parking for our guests.”

“The outdoor showers are like slipping into another world, and yes, they are very private,” she says. “They are especially nice at night when you can look straight up and see the stars. It’s just another way of giving our guests an opportunity to do something that they may not try at home.”

​“Our designs were very purposeful to give our guests the ultimate in uncluttered relaxation,” she says. “No unnecessary details were included.”

​ A native garden at the back of the property provides a quiet sitting area, and the firepit at the front is a popular evening gathering place.

​“We were definitely inspired by modern architecture while honoring the character and history of Porter,” Condrey says. “The Beatnik is perfect for just kicking back and relaxing.”

​ “The six-building complex honors the topography of the land while creating sustainable protection again storm surges and allowing as little disturbance of the natural elements and its inhabitants as possible,” says Jessie Kastler, interim director of the USM Marine Education Center. “For instance, the whole concept and design of the suspension bridge between two of our buildings is really fascinating. This is one of two pedestrian suspension bridges in Mississippi.”

​ The bridge, which spans 236 feet, connects the public building to two classrooms. All buildings are located above an 18-foot elevation and have floor elevations of 20.5 feet.

​ “In between, the bayhead wetland is home to many birds and various types of plants and trees,” she says. “And when you consider that each year approximately 10,000 people traverse the suspension bridge, our aim was to disturb the wildlife as little as possible.”

​ Views from two classroom buildings and the conference center bring the outdoors inside with large windows and screened porches.

​The buildings were designed to sit above 18 feet, which is the 100-year floodplain, and within the windscreen of the natural tree canopy. The design also employed construction techniques that limit damage to the trees, such as the use of helical piers that reduced root disturbance.

​ In 2020, the Marine Education Center received a Top 10 COTE award from the American Institute of Architecture for its social, economic, and ecological value.

​“The design and implementation of the center is quite an accomplishment,” Kastler says. “The buildings themselves are part of the outdoor experience.”