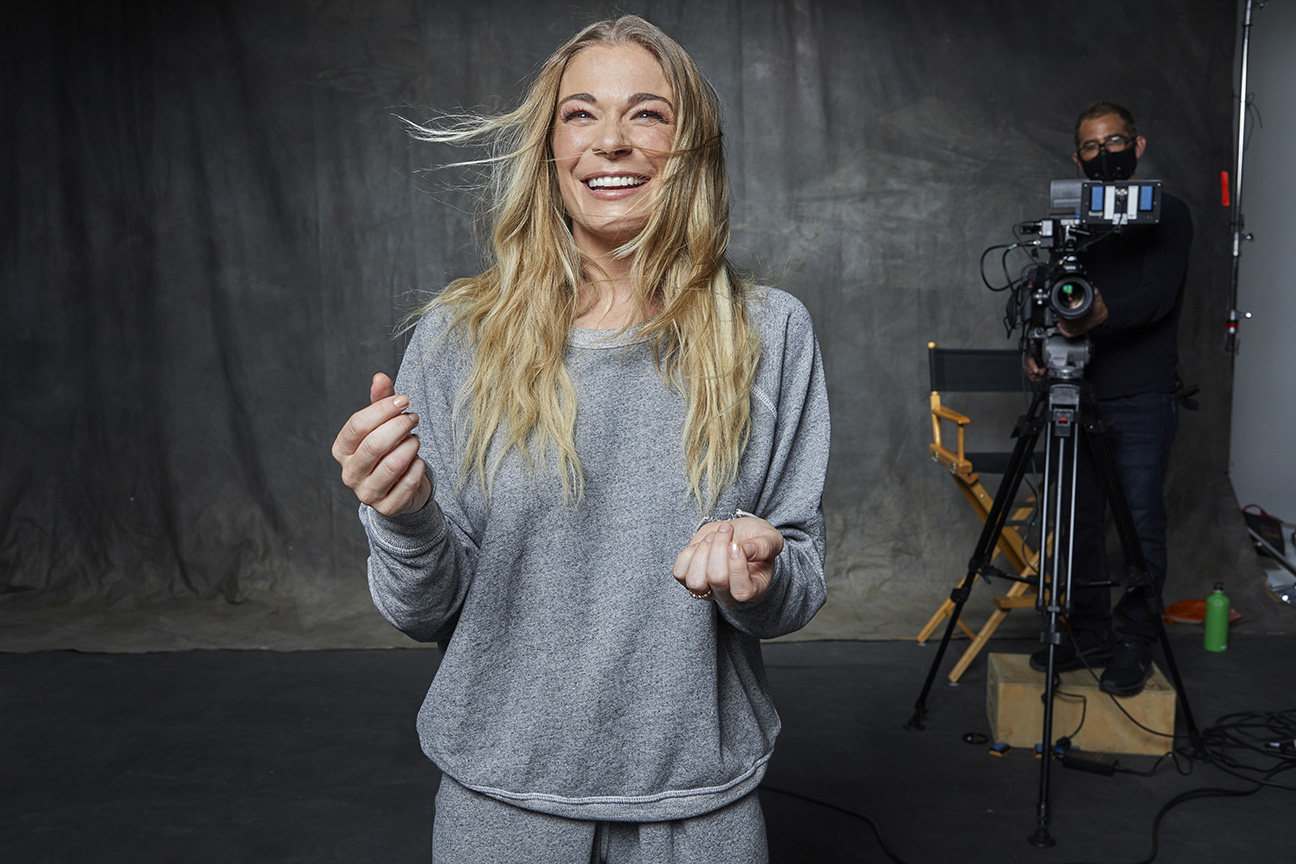 Recording star and Mississippi native LeAnn Rimes has found a new way to use her voice to strengthen herself mentally, physically, and spiritually.

LeAnn Rimes has a lot to look forward to this year. She has several new projects underway, she’s releasing a new album, and she’s getting ready to mark 25 years in the music business.

“It’s kind of mind-blowing to be honest, because I’m still so young,” she says with a laugh. “I’m only 38! My whole life has been in this business, and it’s amazing to me that people still care and are still listening to my music.”

The acclaimed singer has wowed audiences with her powerful voice since becoming a superstar as a teenager. But as she reflects on her music career, she’s also celebrating her growth and progress on a personal journey that began eight years ago. With success at such an early age, and the challenges that came with it, Rimes found herself struggling with depression and anxiety. So, on her 30th birthday, she made a bold decision to change her life. She checked herself into a treatment facility to work on strengthening herself mentally, physically, and spiritually.

“It was the biggest gift I’ve ever given myself,” she explains, “to recognize when enough was enough and to ask for help.”

Rimes was just 13 years old when she burst onto the music scene with the song “Blue.” At 14, she took home “Best New Artist,” becoming the youngest person ever to win a Grammy.  She was soon living a fast-paced life of touring and traveling with a team of people around her nearly every minute of the day. In the years ahead, she went on to win multiple awards for songs like “How Do I Live,” “I Need You,” and others.

Signs that music would be a big part of her life came early, when she was just a toddler growing up in Mississippi. The family later moved to Texas.

“My dad has tapes of me singing when I was 18 months old,” she recalls. “Music has always been a huge part of my soul and my journey. And growing up in Mississippi, there were so many influences from country to blues to gospel to rock ’n’ roll. Growing up in the South, that mish-mash of so many different types of music had a big impact.”

As her career took off, her gifts stretched beyond her voice, and she discovered a talent for songwriting. Later, she also became an actor and author. But as she grew older and more successful as an artist, there were personal issues left unresolved. Once she entered treatment, she began learning more about some of the issues that had affected her.

“I began confronting things I ran away from, from the time I was a child just to survive in the public eye,” she says. “Growing up the way I did, with all eyes on me, it has taken time to really connect with my true self.”

Her parents divorced when she was 14, at the height of it all. “I had to shut it off to be able to thrive and contain my work,” she remembers. “So, when I decided I wanted to change the way I was experiencing life, it led me on this journey.”

She embraced the opportunity to dig deep inside herself and move forward. She began working with her breathing, doing yoga, and meditating. And as she meditated, she tapped into her creativity and music background and started chanting. She found the chants calming and peaceful, and as they moved through her and evolved, she began recording them.

It became a new way to use her voice.

“Chanting has been part of my journey in learning to take my own voice back,” she says. “It was like a blessing, to play my instrument for my own healing.”

She decided to combine the chants with music, as a way to help others. She got together with friend and collaborator Darrell Brown and co-wrote a record they released in November called “CHANT: The Human & The Holy.”

She also launched a podcast called “Wholly Human” on iHeartRadio. It, too, is an effort to share what she’s learned. It features Rimes as host as she shares her own experiences and interviews many of the people who have helped her.

“I have so many healers, teachers, friends, and wise hearts that will speak to me,” she says. “So, I thought, why not use my platform to be a guide to help others in that way.”

Rimes says interviewing others, after being the one interviewed for so many years, is a little outside her comfort zone, but she’s ready to stretch herself in different ways.

“It’s been interesting because one piece of my voice has been lived in for so long and now, I’m exploring all these other avenues and ways to communicate. It’s nerve-wracking and terrifying but also exhilarating.”

One lesson she’s learned is that “we’re all human.” And she’s discovered one of the greatest ways to embrace that, and truly begin the process of “healing,” is through personal acceptance.

“We want to run away from our flaws and our shadows and until we turn and face them, and not just face them, but love them — which is a lifelong journey — we aren’t able to really feel free. And so, I think for me, it’s about freedom.”

As a way to demonstrate exactly what she means, Rimes allowed herself to be photographed nude late last year to show her own battle with the skin condition: psoriasis. Though difficult, Rimes says it was an important part of her own healing process, as well as a way to encourage others who might see her simply as a successful woman or celebrity, to realize she, too, struggles with some of the same issues.

“We sometimes put people on a pedestal and forget they’re human,” she relates. “For so long, I’ve been this little girl with a big voice and have had all these labels. But the last label anyone has ever put on me is ‘human and at the end of the day, that’s really what I am.’”

As she continues her personal journey, Rimes remains committed to creating new music. She recently celebrated the 20th anniversary of the movie “Coyote Ugly,” with a mega mix of four iconic songs.

“The way that whole film came together and my involvement was just, I guess divinely guided,” she says. “I was only 17. So, to celebrate that was, of course, a blast because the music was so great. And I have a lot of fond memories of being part of that film.”

This year, she’ll release an album of all new music. She spent much of the end of 2020 writing songs and says she’s so proud of it already and can’t wait for people to hear it.

Rimes, who lives in Los Angeles with her husband, actor Eddie Cibrian, says she’s at a point in her life where she is “wonderfully happy” and excited about what lies ahead.

As she looks back at all she’s accomplished, and given what she’s learned about herself, she can accept and appreciate it with a new perspective.

“It’s interesting that at 25 years, I feel like I’m really starting out on my own journey in this business of really following my heart instead of anything else.”