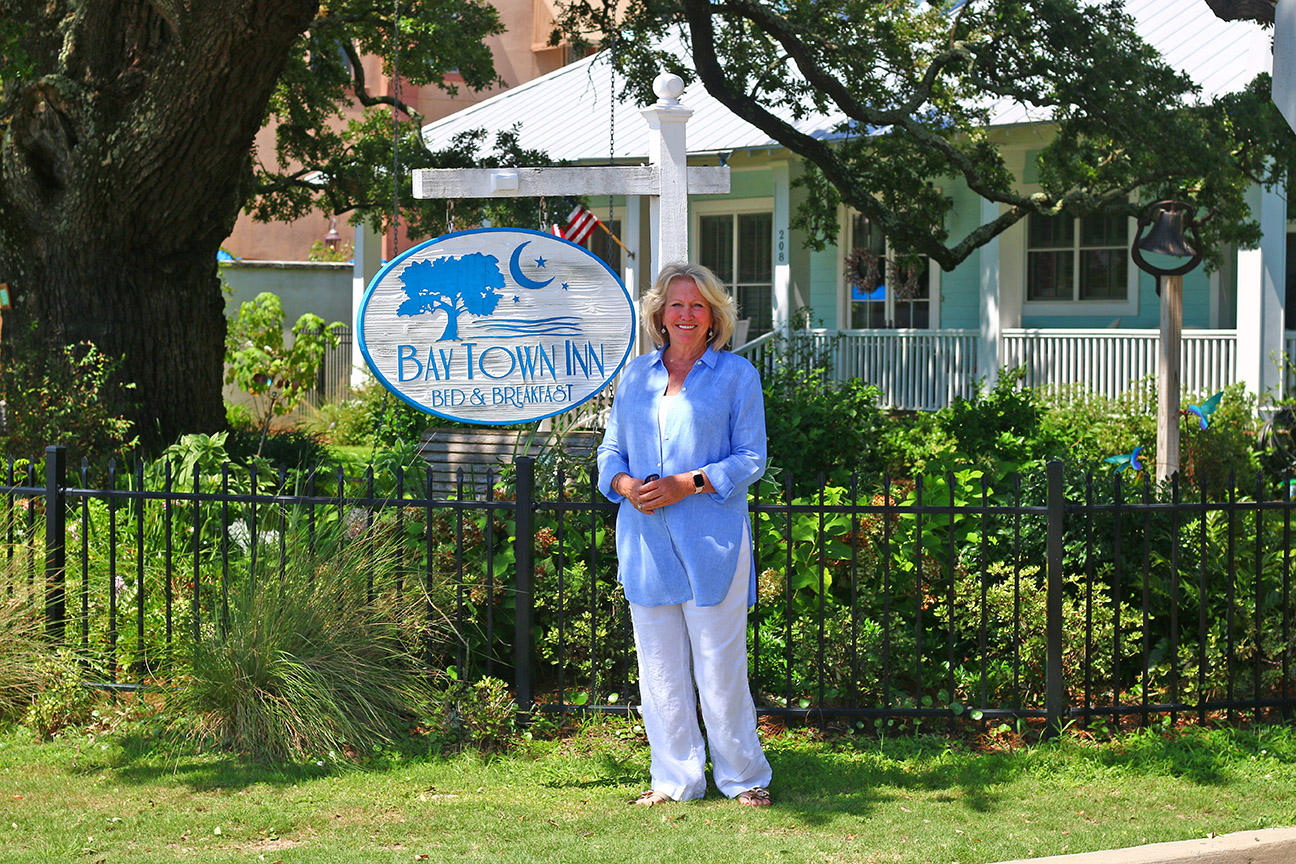 The Mississippi Gulf Coast looks back on the unprecedented storm of 2005, facing this year’s hurricane season stronger and more prepared.

Captain Louis Skrmetta had ferried 650 people to Ship Island off the Mississippi Gulf Coast and was feeling confident that all was right in his world. A tropical depression had formed over the Bahamas earlier in the week and grown as it entered the Gulf, but experts believed it would head north and hit the Florida Panhandle.

“The whole coast thought it would go to Apalachicola,” says Skrmetta, who owns and operates Ship Island Excursions.

But on that sunny Saturday in August, Skrmetta kept his eyes and ears on the weather, learning that Hurricane Katrina had developed into a Category 3 storm with top winds exceeding 115 miles per hour. And she wasn’t turning.

“I monitor the weather every day for my business and we knew the hurricane was approaching,” Skrmetta says.

Nikki Moon spent years working in New Orleans tourism when she decided upon a new career. In 2003, she purchased the Bay Town Inn, a bed and breakfast overlooking the water in the heart of Bay St. Louis. Business really picked up in her second year of ownership.

“I was doing great, had a banner year,” Moon says.

And then, on the morning of Monday, Aug. 29, 2005, Katrina arrived. Before landfall, the storm grew to a massive Category 5, the highest reading on the Saffir-Simpson scale which monitors hurricanes, and then slammed into the coast as a Category 3. The storm surge reached as high as 30 feet, overtopping Ship Island and flooding Bay Town Inn. It tore homes and buildings from foundations, moved boats and floating casinos off their moorings and on to land, and took hundreds of lives. In New Orleans, the storm’s ferocious winds pushed Lake Pontchartrain’s water to break levees, flooding 80 percent of the city and every single building and home in neighboring St. Bernard Parish.

The devastation reached from west of New Orleans, all the way to Mobile, Ala., with the Mississippi Gulf Coast being ground zero.

Fifteen years later, that weekend is as clear to residents as if it happened yesterday.

‘Like the Normandy Invasion’
When Skrmetta realized Katrina wasn’t turning north, but rather heading further west before hitting weather patterns to create the turn, he ordered one of his ferries to move 300 people off Ship Island, then bring the boat to Bayou Bernard, a safe haven behind the city of Gulfport. When Skrmetta returned with his 300-plus passengers, daylight was falling so he decided to wait to move his boat until sunrise.

“No boats were moving, they were just getting started,” he says of the evacuation off the Gulf.

“As I was coming around, I could see the big shrimp boats coming,” he explains. “It was like the Normandy Invasion the Sunday before Katrina. Thank God we got ahead of the herd.”

Skrmetta tied up his family’s fleet along with two 65-foot yachts owned by friends who also needed a safe harbor. They anchored the massive boats but used a 2 1/2-inch nylon line to secure them all together.

Monday morning the winds picked up and the tidal surge arrived. Boats rose to tree level, Skrmetta remembers, causing anchor lines to break. The massive line Skrmetta utilized to hold the boats together was his lifeline, but the wind swung the boats back and forth like a pendulum. Debris flew everywhere from the homes around them being torn apart, making it difficult to get outside.

“We were up so high, I could see Biloxi, Gulfport, the residences around us, the boats that lost their moorings,” he remembers. “I was thinking we’re an 80-year-plus family business, and we’re about to lose it.”

Just then, a jet ski floated by, miraculously with the keys still in its cup holder. Skrmetta grabbed it and used it to resettle the raft of boats to keep them from swinging. After everyone was safely back on board, the jet ski disappeared.

“It was a morale boaster,” he says. “It gave us hope. The one line saved us and the jet ski came just in time.”

Second time around
Moon didn’t ride out the storm in Bay St. Louis and instead headed back to New Orleans to stay with friends until Katrina passed. The storm destroyed her coastal inn and livelihood, so she resumed her old job in New Orleans and helped the city rebuild.

But she didn’t give up on Bay St. Louis. In 2010, she received a grant to rebuild Bay Town Inn, and this time the accommodations would be bigger and better. She had also met her soulmate and married, so her husband helped with the construction.

Friends helped with the final details and the inn opened with fanfare, one of the first to reopen on Beach Boulevard.

“I had no choice,” Moon remembers about continuing the business after her husband’s passing. “I had to get it done, had to get it cranking. He was watching over me, making sure I was okay.”

“Everything has blossomed,” Moon said. “It’s amazing how resilient Bay St. Louis residents are. Maybe resilient isn’t the best word. They have grit and are tough.”

Buildings were rebuilt stronger, and those close to the water higher off the ground, says Skrmetta. Docks and boardwalks have been improved, new marinas opened, and a safe harbor with special storm moorings established, he says.

Several casinos, hotels, and numerous new attractions have opened, as well as the MGM Park for the Biloxi Shuckers, a Minor League Baseball team. Both Bay St. Louis and Ocean Springs have developed into vibrant arts communities.

Vacant lots and empty foundations still dot the landscape, but overall, the Mississippi Gulf Coast has rebounded and is open for business.

“Coastal destinations are no strangers to issues, both natural and man-made, but Coastal Mississippi has recovered with steadfast resilience and resolve,” says Milton Segarra, CEO of Coastal Mississippi. “Our region has seen much progress throughout the years and, in fact, January 2020 proved to be the strongest in the last five years across all major tourism indicators. We look forward to acting as stewards for our beautiful natural resources as we invite visitors to explore ‘The Secret Coast.’”