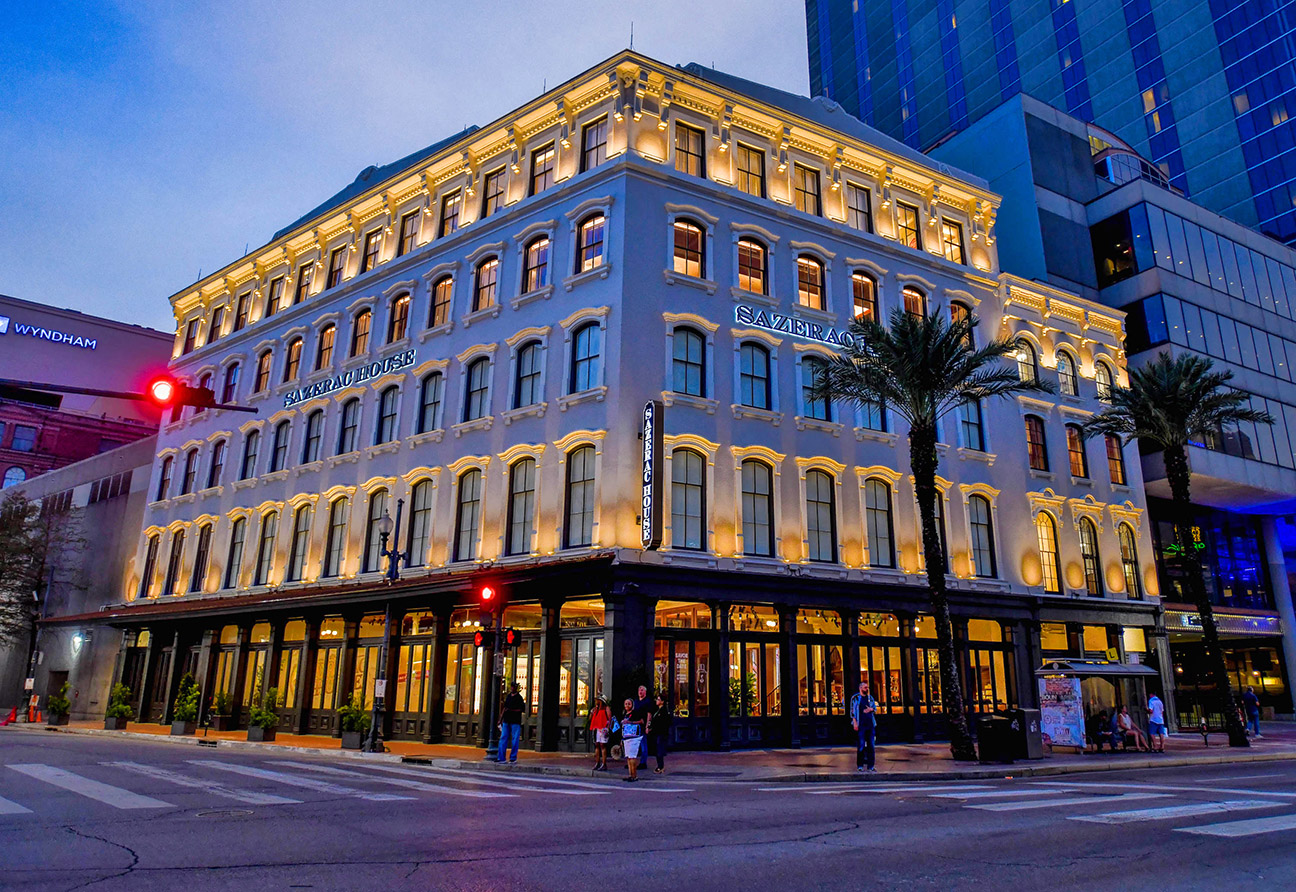 Story and photo by Cheré Coen

The Sazerac has a long history in New Orleans, one that starts with a pharmacist and a coffeehouse, and arguably gives birth to America’s cocktail culture.

​This may come as a surprise to many but back in the 19th century alcohol was available throughout New Orleans — in saloons and taverns, naturally, but also coffee houses, pharmacies, and other establishments. Sarcasm aside, this lax attitude towards imbibing spirits in the always eclectic Crescent City produced a rich environment for the development of cocktails.

​ Antoine Amédée Peychaud, for instance, operated an apothecary on Royal Street in the French Quarter. He created a recipe for bitters around 1830 that combined spirits infused with botanicals, an elixir to help the medicine go down. This delicious assemblage of flavors was seized upon in the city’s coffeehouses, many of which operated much like a saloon. ​Peychaud’s Bitters and spirits — mainly Laurent Sazerac de Forge’s French cognac with a dash of absinthe, an anise-flavored spirit popular in New Orleans in the 19th century — made for interesting combinations. The drink became known as the “Sazerac,” named for the cognac maker.

​By the 1870s, however, a devastating wine year in France decreased the availability of cognac so rye whiskey was substituted in the drink. The trace amounts of wormwood in absinthe, thought to create addictions among their followers as well as hallucinations and other mental issues, prompted American officials to outlaw the spirit. Another ingenious New Orleanian, J.M. Legendre, created Herbsaint to take its place, a spirit similar in nature to absinthe but minus the wormwood.

​ Today, the Sazerac cocktail contains Peychaud’s Bitters (sold in stores using the same recipe as Antoine’s), sugar, Herbsaint, rye whiskey, and lemon, and it’s as popular today as it was a century ago. Which is why the Sazerac was named the official cocktail of New Orleans in 2008.

The Sazerac is also one of the many arguments historians use to declare New Orleans and its many creative spirit-makers for the origin of the cocktail.

​Visitors to New Orleans may sample this potent drink throughout the city’s bars and other establishments (the city hasn’t changed in that regard) but also tour the Sazerac House on Canal Street, a lovingly restored building located 350 yards from the coffeehouse that first served the combination.

The Sazerac House — run by the Sazerac company which produces numerous spirits and Peychaud’s Bitters — offers free admission to exhibits that explain the Sazerac cocktail, as well as other local and national libations, plus the history of the company’s products. Special tours and programs that include mixology lessons and drink samples are offered as well, but with a fee. Virtual tastings have been offered during the pandemic, with participants making the drinks at home with their own ingredients or purchasing a cocktail set picked up at curbside. All on-site tours require reservations through the company’s website.

​ Here’s a recipe to create a Sazerac at home, just in time to celebrate Sazerac Day on June 23.

​Directions: Pack on Old Fashioned glass with ice. In a second Old Fashioned glass place the sugar cube and add the Peychaud’s Bitters, then crush the sugar cube. Add the Sazerac Rye Whiskey to the second glass containing the Peychaud’s Bitters and sugar. Empty the ice from the first glass and coat the glass with the Herbsaint, then discard the remaining Herbsaint. Empty the whisky/bitters/sugar mixture from the second glass into the first glass and garnish with a lemon peel.