A Snapshot of Quarantine 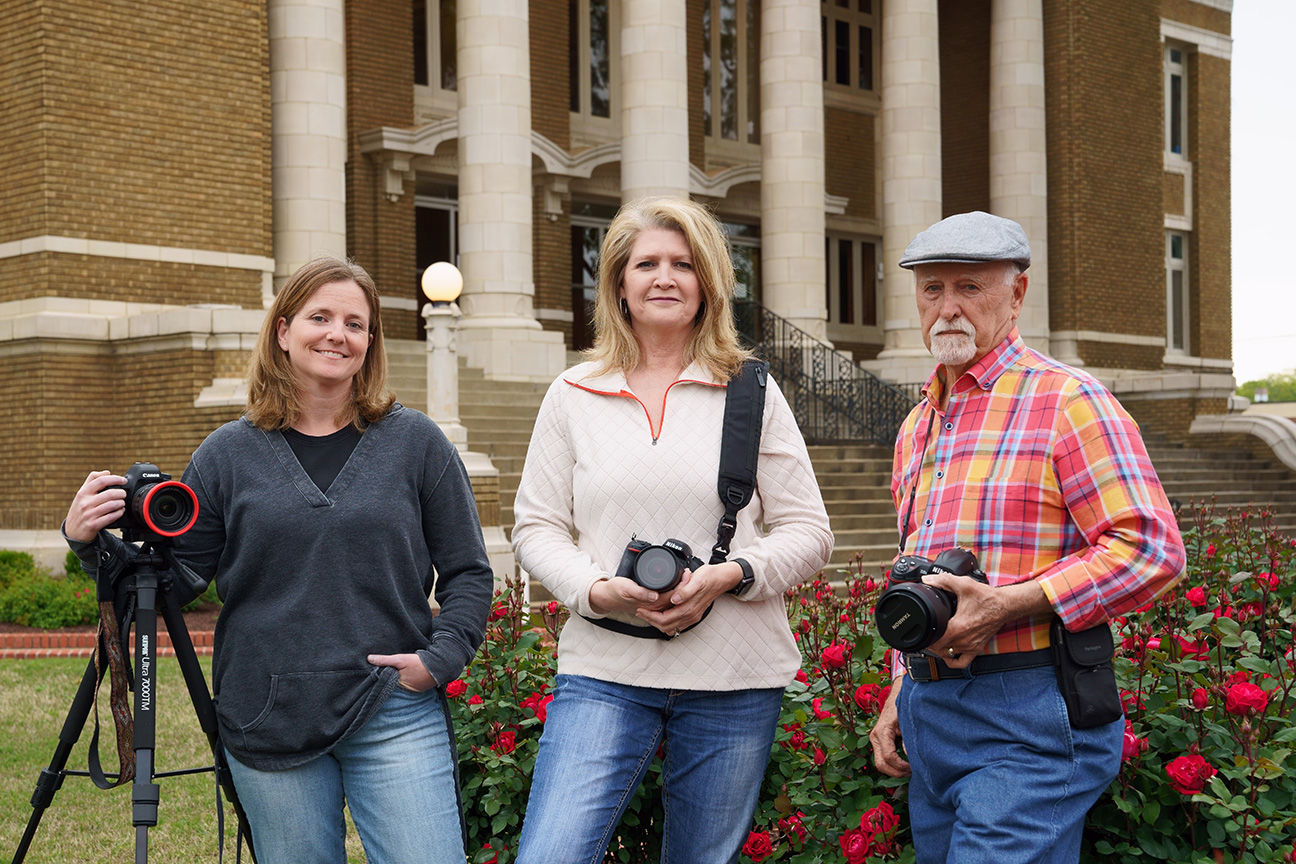 Photographers in Corinth and Memphis used their talents to support their local communities with front porch portraits, all while social distancing.

In February, no one could image what the following months would hold for the world: an almost total shutdown of daily life. Kids out of school, many workers sent home to work remotely if they could work at all, restaurants and shops closed, no in-person church services — the changes were unfathomable.

At first, everyone thought it would be a short-lived furlough. But as time went on, it became clear that nothing would return to “normal” any time soon. With that reality came fear for many: Would I lose my job? Would I have to close my business? What can we do to help those around us survive this difficult time?

As the coronavirus pandemic started to take a toll on businesses, some photographers stepped up to snap photos to support local businesses and to document the unprecedented time of quarantine.

FRONT PORCH PHOTOS
For three Corinth photographers, one solution was The Front Porch Project Corinth. Inspired by a similar project in Louisiana, photographer Lisa Lambert reached out to fellow photographers Bill Avery and Michelle Gifford to see if they would be interested in photographing families who, in turn, would support local businesses as payment.

The way the project worked was simple: Instead of paying the photographers for the photo session, participants would purchase a gift certificate from a local business as payment. Once they received their photos, participants posted them on social media and tagged the business they supported.

“We thought it was a great idea to help our local small businesses, particularly restaurants,” Avery says. “We in Corinth do not have a lot of good eating places, and I just hated to see any of them go under due to the pandemic. It was a great way to help many of our struggling small businesses to stay afloat. Also, selfishly, I wanted something to do as I was bored sitting at home.”

So the trio put out sign-up sheets on social media and advertised the project to as many folks as possible. The response was immediate; in fact, 185 people signed up for the program. That included Dr. Jennybeth Hendrick and her sister, Annalee Hendrick.

“I’d seen other small towns doing it,” she says. “I grew up in Corinth and know many of the small business owners here and wanted to support them.”

For her part, Hendrick purchased a gift certificate to Smith, a steakhouse in Corinth.

“It was an easy way to support friends,” Hendrick says. “And it was fun to do it with my sister.”

Hendrick also says she thought the project was a great way to promote local restaurants in the area.

“I learned about smaller mom-and-pop businesses in the community, places people may not know about,” she says.

One business who received support was Ginger’s in Corinth, which sells clothing, gifts, and accessories. Owner Ginger Stockton says she saw people posting on Facebook saying they had purchased a Ginger’s gift certificate as part of The Front Porch Project Corinth, and it meant a lot to her to see such support from her community.

“I was very grateful that people thought enough of us to support us in the community,” Stockton says. “It reinforced the commitment people had to our community and wanted to support local businesses.”

Although they don’t have a firm number of how many businesses benefitted from The Front Porch Project Corinth, Avery says they estimate it to be between 60 and 75.

“We know many of our participants bought certificates for more than one business,” he says. “Several told us as many as three.”

“It would be nice to know how many dollars this project created for our small business community, but there’s just no way to know,” Avery says. “My gut feeling is they were very generous.”

That generosity extended to Avery and his fellow photographers.

“The most surprising aspect was that folks wanted to pay us for doing the project,” he says. “We refused payment, but I had two that had purchased restaurant coupons for me by the time I got to them to do their photos.”

QUARANTINE MEMPHIS PROJECT
A similar project took place in Memphis, courtesy of photographer Jamie Harmon. On March 16, he started Quarantine Memphis, wherein he set out to photograph residents at their homes. Although participants weren’t asked to purchase gift certificates for local businesses, each participant received a free 15-minute photo session and a link to their photographs as Harmon’s way to give back.

“I didn’t want it to seem like I was making money, although I did receive some donations,” he says. “I wanted it open to all. I didn’t want people to feel like they couldn’t afford it.”

In the beginning, Harmon just wanted to document people during the pandemic shutdown, which initially was planned to be two weeks.

“I thought, ‘This would be interesting to capture for the two weeks people were sent home,’” Harmon says. “It was unprecedented in the country. But I realized it wasn’t going to stop, and this was important.”

As Harmon started photographing people in their homes, he realized this went beyond documenting a pandemic shutdown.

“It became therapy for me and the people who signed up,” Harmon says.

Even though he was shooting photos through glass doors or windows or standing more than 6 feet away, the photo sessions became a way to reconnect with others.

Nearly 1,000 people signed up in April and May alone, and Harmon shot 820 sessions through early June. He spent much of June editing the photos, and started shooting again in July, but took a break when the weather turned hot. He has resumed once more, and completes about one shoot a week. He still has 400 remaining on his sign-up list, which remains open.

“Even if this [pandemic] went away, I still enjoy photographing people at their homes without coming into their homes,” Harmon says. “When the rules changed, it meant I could only work this one way, which made more dynamic images. I think I’ll continue because the people are all so different and interesting and just want to be seen. It feels like it has a higher meaning than just a portrait session.