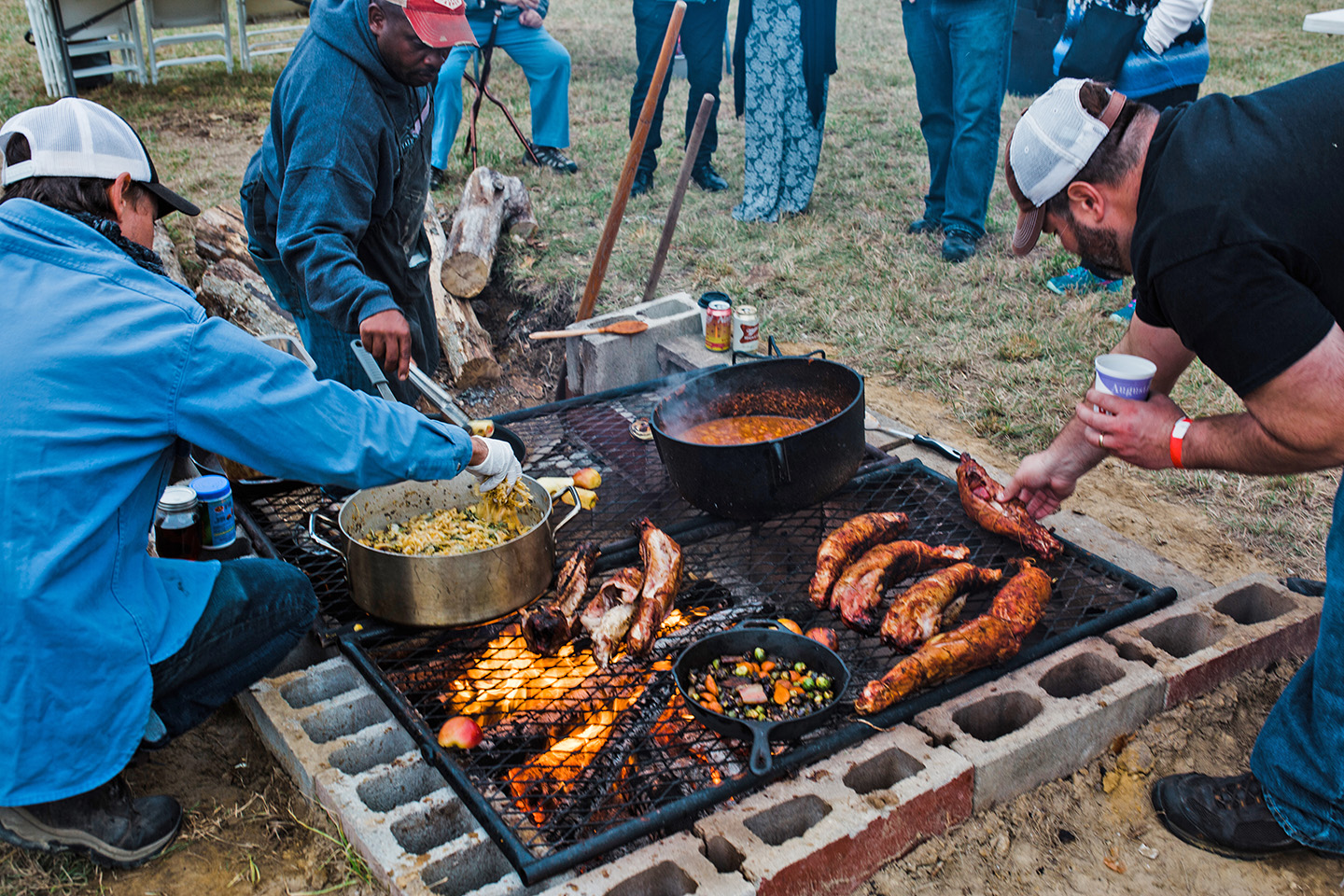 A Georgia farm aims to assist veterans to regain strength and confidence and learn new skills.

Although Jackson was home in Milledgeville, Georgia, his heart was in Afghanistan. Our conversation’s purpose was to unearth the story of Jackson’s Comfort Farm, a working farm he began as therapy for veterans reentering life post-war. On the day we spoke, there was an urgency in his voice; he spoke of the struggle to help his friend along with his family escape Kabul during the final days of the summer’s withdrawal of American forces from Afghanistan. For weeks, he had attempted to get them on a flight manifest, only to succeed and then encounter defeat when his friend became trapped at the airport gates between the thousands trying to flee and the many who lay on the ground, dead.

As Jackson continued our conversation, his grief became palpable and his words, more compelling. Time was running out, and as that window began closing, Jackson became more passionate and anxious in his narrative. And it was in this moment, that understanding the mission of Comfort Farms was as obvious as listening to the heart of its architect.

Finding an Answer
After six deployments in Afghanistan as a U.S. Army Ranger, Jackson returned home to Georgia. In 2013, he was diagnosed with a traumatic brain injury due to combat, resulting in post-traumatic stress disorder (PTSD) and other complications. Once home, he realized he needed help to deal with his brain’s perpetual motion — a consequence of war, constantly running in overdrive, interfering with his quality of life. Where could he put that energy?

“I struggle with toning myself down,” says Jackson. “I’m intense. It’s my trigger to see bad people hurt innocent people. I have to fight to contain myself.”

There was yoga and meditation, practices much too sedate for this muscular man. It might make today better, but what about for the long haul, he asked? And if Jackson needed help, certainly, others did as well.

He became empowered to create a resolution after seeing too many veterans suffering with PTSD carry the battlefield into the home, thus losing everything. A Band-Aid fix wouldn’t do, he thought; it had to be a long-lasting solution to the demons living inside.

In 2016, he started Comfort Farms as the nation’s first acute veteran’s crisis agriculture center. Its name honored Army Ranger Captain Kyle A. Comfort, a friend and fellow Ranger of Jackson’s. It was Jackson who carried Comfort off a helicopter after an IED killed him during an operation in Afghanistan in 2010.

Jackson honors Comfort with the center’s name, as well as its holistic approach in aiding those with “invisible disabilities.” The center provides immediate care with a short-term stay lodge, offering the basic necessities to help each veteran gain strength and confidence. Two-fold, the Milledgeville location prepares veterans for a career in sustainable food production that integrates profitability, stewardship, and healing.

The farm operates under the STAG VETS INC umbrella, a 501(c)(3) nonprofit dedicated to providing care and treatment for veterans who are homeless, in need, and suffering from PTSD. According to its website, Comfort Farms focuses on “rehabilitation, reintegration, teaching and rekindling the strength to achieve greatness that is at the core of the (STAG) philosophy.” STAG stands for Strength to Achieve Greatness.

Every person that comes to the farm comes for a different reason, but they must want to help themselves. Some spend a few days, a weekend, or a few weeks. When they arrive, they are put to work; there’s no dawdling here. They wrangle pigs, gather eggs, harvest vegetables. Jackson works alongside them, putting in the work as he continues his own path of healing.

Jackson believes that as the veterans focus on the farm, and the job at hand, they forget their problems and work for the farm’s greater good. The self-paced program allows those who want to be there to remain and give back to the farm and to those who come after them. Many who have gone through the program return to help the next vet find his or her greater purpose.

Comfort Farm in the Community
On Saturday mornings, the fruits of the worker’s labor are spread out for the folks of Milledgeville.

Not only are there fresh vegetables like beans, okra, potatoes, and tomatoes available but also a menagerie of hogs, chickens, turkeys, and ducks. Locally sourced meats like beef brisket, sirloin steaks, and lamb chops round out the menu. The farm also partners with local farmers, and local and metropolitan Atlanta restaurants to provide fresh Georgia-grown products. Order a premium heritage turkey for Thanksgiving and process it yourself, or they’ll do it for you.

Realizing the power of food and gathering, Jackson brings together more than 30 chefs from around the world for his Le Pied du Mont Boucherie Festival held each January in Milledgeville. The three-day event welcomes everyone as the butchers, farmers, and chefs take guests from the butchering process to the stove, giving the farm-to-table concept a different meaning.

The proceeds from the weekly market and the boucherie festival go back into the running of Comfort Farm.

Building a bridge back to life is at the core of Comfort Farm’s mission. With the help of the community who support the weekly market and food events, the bridge is growing. Jackson wants “hard conversations over food and music to break down the 20-foot walls” that separate us, and on the farm, these conversations are arduous, and the healing, complex. But without this sanctuary, the alternative is shameful.

A single look at Jackson makes one think he has the weight of the world on those broad shoulders, and on any given day, he might. Never forgetting does carry a price. Taking it day-by-day, moment-by-moment, seems to be the ticket to coming out the other side. At the farm, life for every veteran that chooses to walk through the gates is approached the exact same way.

And if Captain Comfort could see what is being done in his name, what would he say?

“If Kyle could see me now, he wouldn’t say a word,” Jackson says with a smile. “He would probably just walk up to me and bring me in and hug me for this work. I would see how proud and honored he would be to see the integrity and grit in the work we are doing every day.”