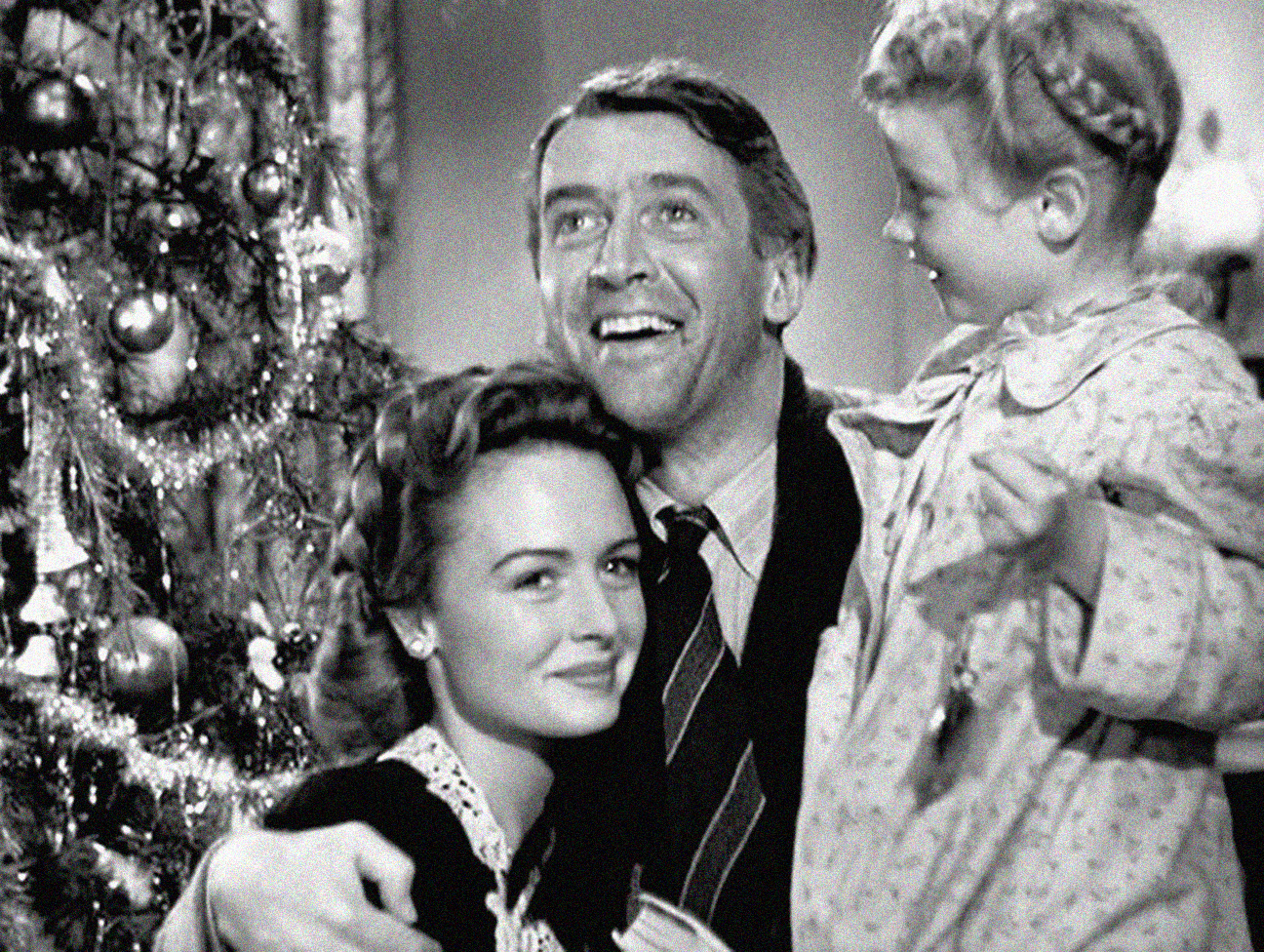 Holiday films offer the warmth, comfort, and predictability we need this year more than any other, but even the ‘classics’ are changing with the times.

Christmas isn’t complete in my house without a viewing of “It’s a Wonderful Life,” the 1946 movie starring Jimmy Stewart and Donna Reed. And apparently, I’m not alone when it comes to watching my favorite holiday classics year after year.

​ “The experience of viewing Christmas films that we know and adore almost inherently lifts our spirits and taps into emotions of comfort and nostalgia,” says John Rash, instructional assistant professor and director/producer for the Southern Documentary Project at the Center for the Study of Southern Culture at Ole Miss.

​ Classic films, explains Rash, never seem to go out of fashion and repeat viewings are often part of holiday rituals. “We appreciate knowing their stories by heart and take comfort in the anticipation of returning to those classics and all of their familiar conventions year after year.”

​ With so many people not able to travel or visit family this year, holiday movies can foster an appreciation for things taken for granted – especially loved ones and interpersonal relationships. And even if you are spending the holidays with family, sharing a laugh over a favorite movie is a positive experience that often helps us see ourselves in similar situations. Christmas movies have happy endings and reaffirm positive feelings that everything will turn out OK – an emotional response much needed in 2020.

​“The cinematic experience taps into our intimate individual emotions while at the same time creating an environment to laugh together, cry together, and to engage in conversations about the shared emotional journey we have taken together while viewing a movie,” says Rash. “Watching Christmas movies provides an opportunity to emotionally check-in with those relationships and helps us to find comfort in simply being near our friends and families.”

​Just like great songs with sing-along choruses, classic movies are always in fashion. Rash says cinematic classics have quotable lines, instantly recognizable characters and scenes, and they become part of the cultural fabric over time.

​ But the classics from yesteryear are being replaced by newer flicks that are speaking to more modern-day issues, like the dysfunctional relatives in “National Lampoon’s Christmas Vacation” or terrorists disrupting a Christmas party in “Die Hard.” Both movies are scheduled as part of the Oxford Film Festival’s drive-in theatre offerings in December.

​“Hollywood responds to trends in society and therefore even these [holiday] films will reflect contemporary culture in their updated storylines,” says Rash.

​ A child of the ‘80s, Rash remembers “Christmas Vacation” as his favorite holiday film. Chevy Chase’s vacation movies were comedic favorites for his entire family.

​“It was the first film I remember seeing that exposed the anxieties of family gatherings. I don’t have a large family like the one portrayed in ‘Christmas Vacation,’ but the tensions displayed by Griswold’s overcompensating to create the perfect holiday experience is both universal and hilarious,” says Rash. “I can laugh away my own anxieties just knowing that at least I don’t have to worry about Uncle Eddie showing up and parking an RV outside of my house at Christmas.”

​Rashna Richards, associate professor of Film and Media Studies at Rhodes College in Memphis, agrees that contemporary filmmakers have tried to break away from the saccharine look at family gatherings and tree lightings.

​“Again and again, films of the last two decades seem determined to undermine the traditional spirit of Christmas and show that all isn’t as joyful as it seems,” explains Richards.

​She adds that “It’s a Wonderful Life,” which was a box-office flop, became the quintessential Christmas classic by accident. A clerical error prevented the copyright from being renewed and the film ended up in public domain in 1974 and was shown repeatedly on TV around the holidays. But even Frank Capra’s classic had a dark dream sequence that he “pulled back for a rosier ending.”

Melanie Addington, executive director of the Oxford Film Festival, adds that classics like “White Christmas” and “It’s a Wonderful Life” may feel nostalgic, but the themes are actually much darker than newer movies like Gremlins or Klaus. They still have redeeming qualities, though.

​ For those who love older Christmas films, it may be time to look for some new favorites because newer films will permeate the culture and even displace the older classics due to changing cultural trends and values.

​ “Older classics passed down by our parents may evoke nostalgia but may not carry the same cultural relevance of contemporary works. Films like “Elf” and “Love Actually” are contemporary classics that seem to have found their way into our holiday tradition for generations to come, but their permanence is somewhat uncertain due to the pipeline of newer films that could possibly take their place in the future,” Rash says.

​“As difficult as it is to imagine, it is likely there will come a time that ‘It’s a Wonderful Life’ isn’t as recognizable by younger generations due to their interest in more contemporary holiday films, if we aren’t there already,” he adds.

​ Put some hot chocolate in your thermos, and head to Oxford, Miss., for a pop-up drive-in theater where several iconic holiday movies will be shown on weekends in December.

​Last March, the Oxford Film Festival had to pivot when the pandemic hit and move its programming to a virtual festival in April – one of the first festivals in the nation to do so. Drive-in movies were offered in the summer and have become so popular they have continued.

​ Presenting sponsor Cannon Motors hosts the screenings at its lot at 100 Thacker Loop in Oxford, beginning at 7 p.m. Admission is $20 per car.

​While some viewers may be surprised to see “Die Hard” in the mix, Executive Director Melanie Addington explains it’s indeed a Christmas movie.

​“It is about an estranged dad trying to make it home for the holidays,” she says. “In this case, terrorists have stopped him instead of a flight delay. But it is still the same premise. We wanted some classic nostalgia for this year, and we also tried to pick some fan favorites.”

​ Gaylord Opryland Resort is welcoming guests to “step inside” their favorite holiday movies with an immersive pop-up exhibition that is open until Jan. 3, 2021.  “I Love Christmas Movies” is a never-before-seen experience that features 13 fully immersive scenes from “The Polar Express,” “A Christmas Story,” “Elf,” “National Lampoon’s Christmas Vacation,” and “The Year Without a Santa Claus.”

​ Covering 17,000-square-feet at the Nashville resort, the exhibition – in collaboration with Warner Bros. Consumer Products – will feature replicas of film props, audio clips, and more. Plenty of opportunities for selfies are available, including capturing a moment in front of the Griswold’s house adorned with thousands of Christmas lights. Or guests can travel with Buddy the Elf from Santa’s North Pole workshop to New York City for another multi-sensory experience. All are designed with social distancing measures at the forefront.

In addition to the “I Love Christmas Movies” exhibition, Opryland’s A Country Christmas continues its yearly tradition with acres and acres of twinkling lights, elaborate decorations, and holiday activities, shows, and events, from ice tubing and ice skating to The Oak Ridge Boys “Christmas in Tennessee” dinner show.